(Minghui.org) Between the New Year and the Chinese Spring Festival (Lunar New Year), Falun Gong practitioners have participated in all kinds of celebrations, contributing to their communities and introducing this ancient Chinese cultivation practice to the public.

This newsletter covers the events in Australia, New Zealand, England, Greece, Bulgaria, and the United States.

On January 22, practitioners from Melbourne were invited to perform the waist drums and a fan dance at the Lunar New Year Celebration on Victoria Street, sponsored by the Vietnamese community. 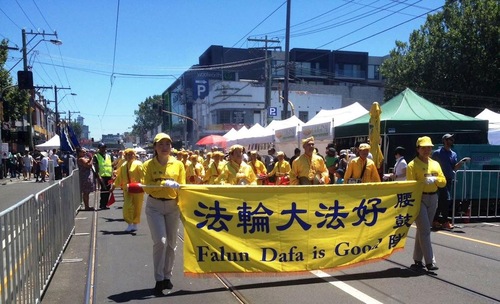 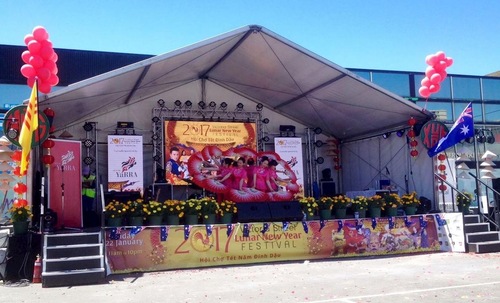 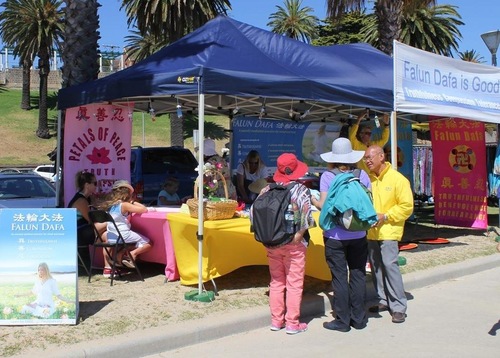 Introducing Falun Gong to the tourists

Four days later, practitioners participated in the Australia Day celebration at the Kings Domain Park in Melbourne. Besides teaching the exercises, practitioners also raised awareness about the persecution of Falun Gong in China, particularly the state-sanctioned organ harvesting atrocities. 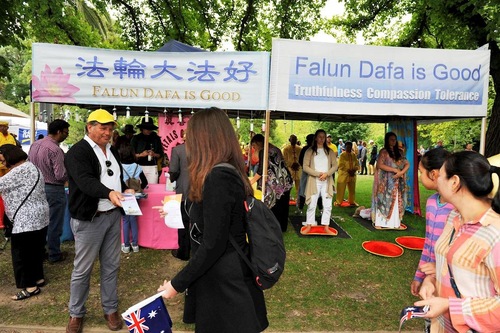 Demonstrating the exercises at the Australia Day celebration

Sonia Dhillon, a consultant for federal parliament member Tim Watts, talked to practitioners at their booth for a long time.

Ms. Dhillon, originally from India, was shocked by what she learned. “I know that The communist party has severely violated human rights. But I never knew that the Chinese cannot practice Falun Gong on their own land. This is really sad.” 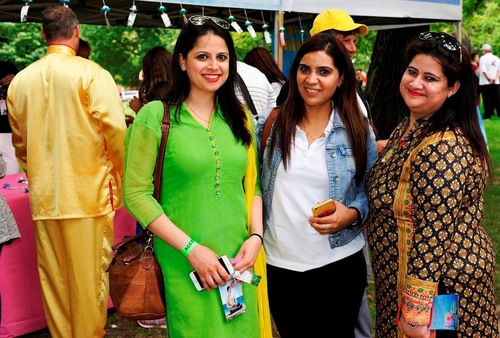 Sonia Dhillon (middle) and her friends at practitioners' booth. “I hope China will change and people there will enjoy democracy soon,” Dhillon said.

“Forced organ harvesting should not happen at all. We must let more people know what is happening,” she said.

At the Sydney Fish Market, a well-known tourist spot in Sydney, practitioners held activities and welcomed groups of Chinese tourists on vacation to escape the winter air pollution in China. The Falun Gong banner at Wentworth Park across the street from the fish market has become a landmark for the tour guides to assemble their clients. 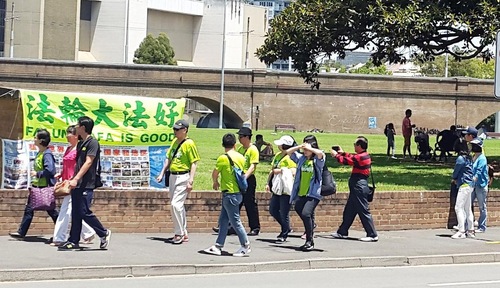 Falun Gong banners and display boards at the fish market attract a lot of Chinese tourists.

When Chinese tourists expressed envy over the clean air in Australia, practitioner Ms. Zou often brought up the underlying reason behind the pollution in China—the Chinese Communist Party, which violates environmental laws and sacrifices people's health for their own profit.

The topic then naturally moved on to the persecution of Falun Gong and other human rights violations. Many Chinese tourists agreed with Ms. Zou, and decided to take a stance by withdrawing their memberships in the communist party or its youth organizations.

During the New Year season, the New Zealand SOS Car Tour finished its journey. On January 18, the car tour reached its final destination—Wellington. 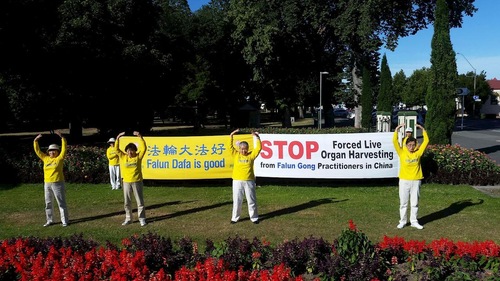 The car tour in Masterton 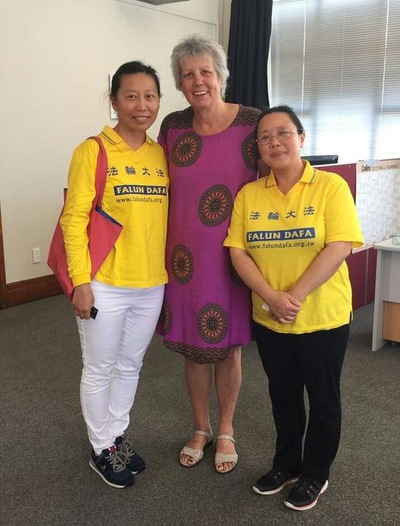 Mayor of Masterton Lyn Patterson (middle) said that although the city of Masterton has business in China, the government will not sacrifice human rights for profit. She asked practitioners to keep her posted on the peaceful resistance against the persecution, and wished them great success. 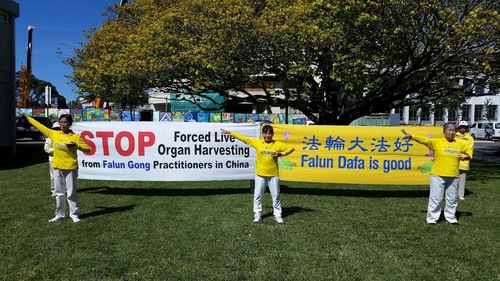 The car tour in Wellington

Some editors of Wellington media told practitioners that their newspapers often receive pressure from the Chinese embassy attempting to censor news reports on China affairs. But after learning the facts about the organ harvesting crimes, they planned to fully expose it in their newspapers.

Practitioners in northern New Zealand held the Art of Zhen-Shan-Ren (Truthfulness-Compassion-Forbearance) exhibit in Rotorua, a famous tourist city, on January 18th through 25th. The artworks, painted by Falun Gong practitioners, demonstrate the purity and beauty of this cultivation practice, and expose the brutality of the persecution. 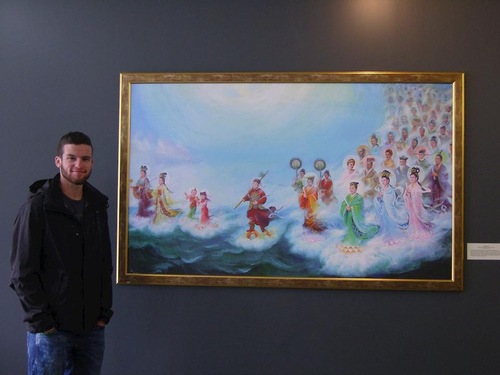 Simon, from France, said the paintings bring brightness, and demonstrate the truth that we can see. He plans to read more about the practice of Falun Gong. 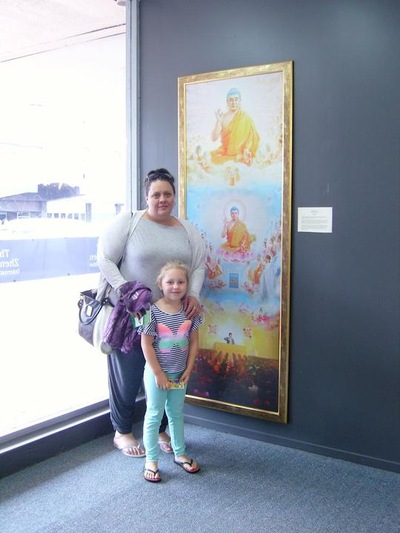 Michelle and her daughter were saddened by the stories of persecution told in the paintings. 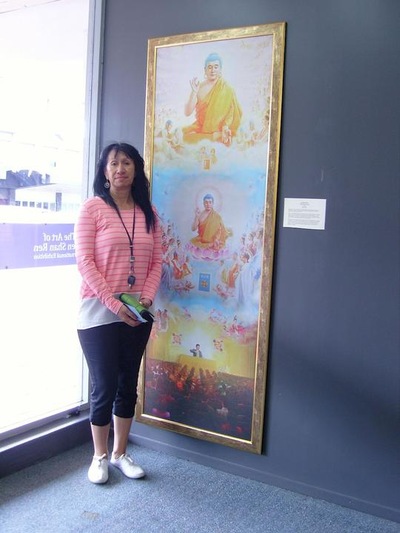 Tuhakawaina liked all the paintings. “They are peaceful and touching,” she said. She asked for the contact information of the local exercise site, and wants to join the practice in the near future.

In these European countries, practitioners set up booths, hung up banners, and passed out materials at tourist spots and public places, telling the public about the persecution and calling for help to end it. 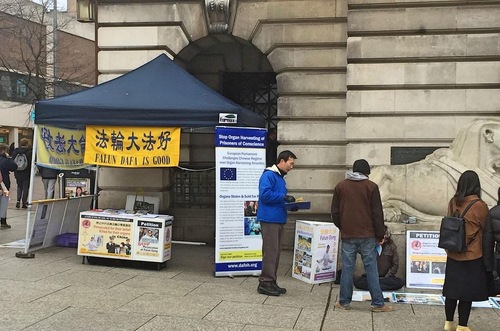 Practitioners' booth at the Old Market Square in Nottingham, England, on January 21. 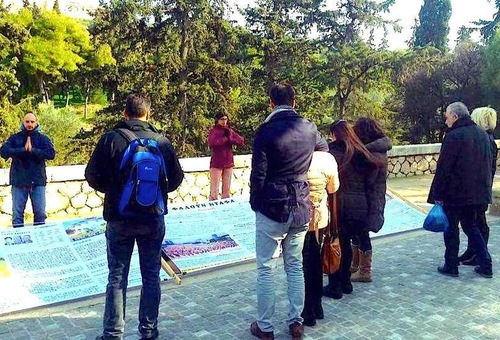 Practitioners demonstrate the exercises behind the display boards at Acropolis of Athens, Greece, on January 22. 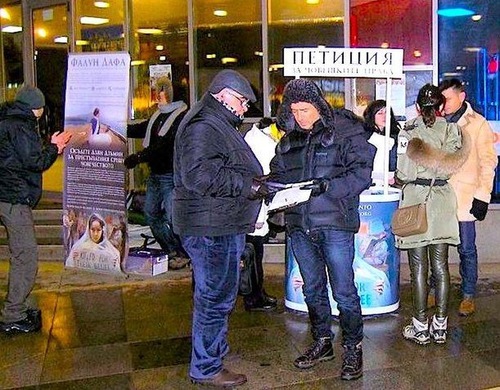 Practitioners pass out materials and collect signatures calling for an end to forced organ harvesting at a subway exit in Sofia, the capital of Bulgaria, on January 18.

Practitioners from Los Angeles, U.S.A., participated in the Chinese New Year celebration at Montreal Park on January 28 and 29, sending New Year greetings, and sharing information on upcoming Falun Gong workshops, which are always free of charge. 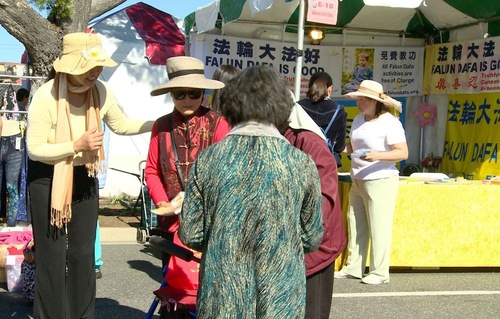 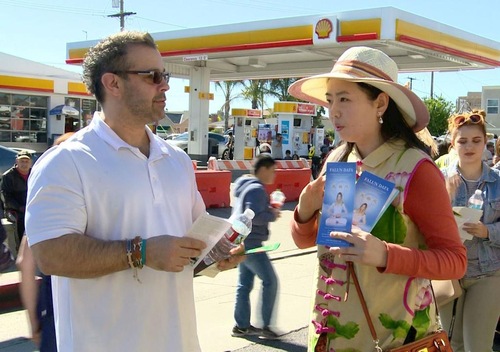 Practitioners talk to tourists about Falun Gong. Some people learned the exercises.

Many Chinese people, residents and tourists, stopped at the practitioners' booth. They condemned the persecution, and many of them took a stance by quitting the Communist Party. 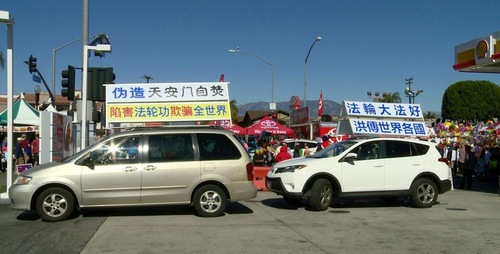 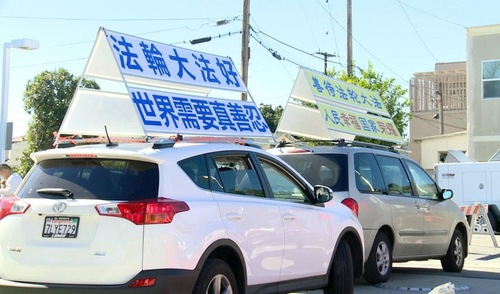 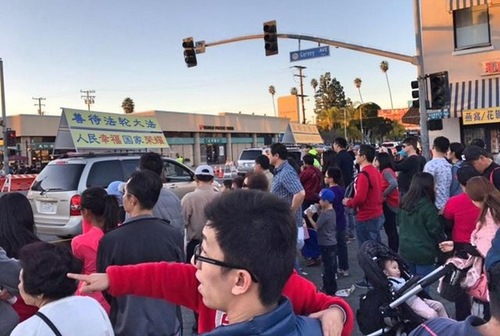 The boards on the car read “The world needs Truthfulness-Compassion-Forbearance; Falun Dafa is good; Don't believe the communist party's propaganda; Falun Dafa has spread to every corner in the world, etc.” The cars drove through the Chinese community and drew a lot of attention from the crowds out celebrating Chinese New Year.

“Two Women Injected with Nerve-Damaging Drugs, One Lives to Tell the Story”

“Fujian Man Taken Away Prior to Release from Prison—Whereabouts Unknown”