(Minghui.org) It was sunny in Shijiazhuang for the Lantern Festival on February 11 and 12, 2017. Several Falun Gong practitioners helped each other to put up more than 100 banners and posters on the city’s main streets, fences, and trees.

The banners and posters remind people that Falun Gong is good, that the Chinese Communist Party (CCP) is evil, and that the CCP is unjustly persecuting the practice. Many passersby paused to read them.

Falun Gong, which was made public in 1992, became very popular because so many people benefited from it. Fearing its widespread popularity, Jiang Zemin, the former head of the CCP, initiated the persecution of Falun Gong on July 20, 1999. Many practitioners have been killed over the past 17 years as a result.

In the face of continuing persecution, practitioners use many creative ways to inform the public about the benefits of Falun Gong and to expose the brutal persecution that its practitioners have been subjected to. 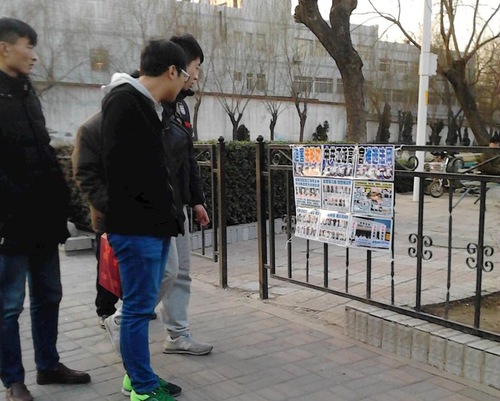 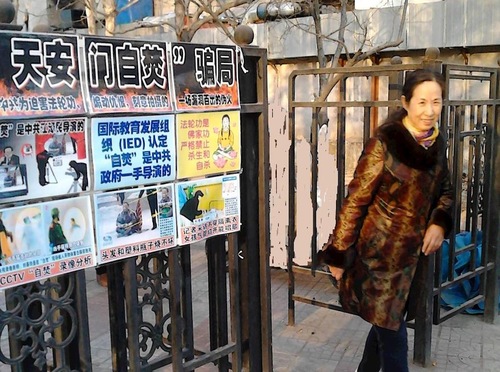 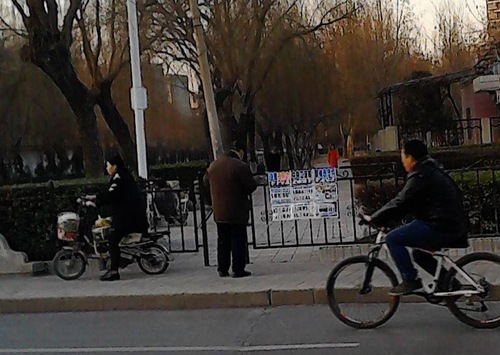 Passersby read about the CCP persecution of Falun Gong.

We said, “Falun Dafa is good” to everyone who walked by as we hung our banners and posters. Many of them smiled and read out, “Falun Dafa Is Good. Truthfulness-Compassion-Forbearance is Good.”

One banner on a tree branch was crooked. We wanted to take it off and try again but couldn’t reach it. We saw a tall passerby in his thirties and asked him to help. He asked cautiously, “Won’t it get torn?”

We said, “No. Don't worry.” The man yanked it down and we thanked him. He didn’t comment after seeing “Falun Dafa Is Good” on the banner, so we felt he must have already known the facts.

A man in his sixties took down a banner that we had hung on a tree. We asked him to put it back or return it to us. He said, “No, I like it. I’ll hang it up at home.” He walked away with the banner and a smile on his face.

An older lady saw that we were putting up a large a Chinese character blessing and asked us, “Why are you doing that?” We said it would bring blessings to people. The lady asked if she could get a couple of them to put up at home.

We gave her two and told her about Falun Gong and why the CCP wants to persecute it, as well as how important it is to quit the Party and its affiliated organizations. The lady withdrew her membership in the Young Pioneers and read the poster with information about the CCP-staged Tiananmen self-immolation.

A police car showed up just as two of us were putting tape on yet another poster. We saw the car but ignored it. Just as the car was about even with us, it suddenly turned around and drove off.

We kept our minds pure as we worked and just did things naturally. We felt strong energy from Master.

One of us tried to hang a pendant that said, “Truthfulness-Compassion-Forbearance Is Good” on a tree, but failed several times. Another practitioner thought to himself, “Master, please help” and tried again. The pendant caught on a large branch over 12 feet up. We were amazed at the height and good placement.

We supported each other with righteous thoughts and worked as one body during the entire process. We were so happy upon seeing that people are awakening. 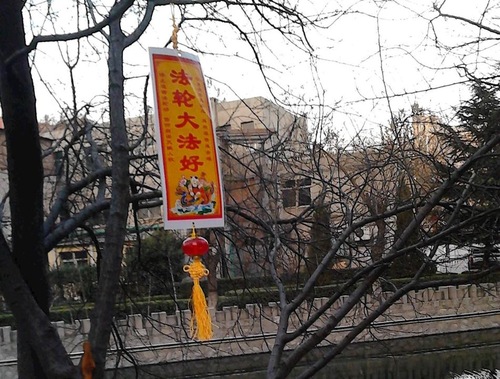 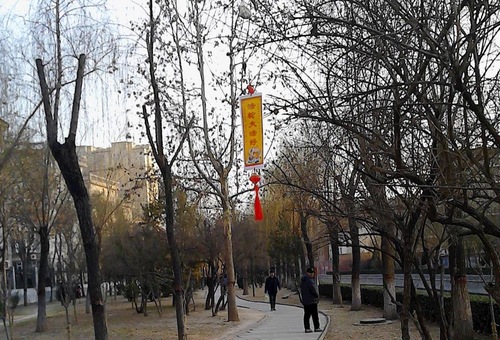 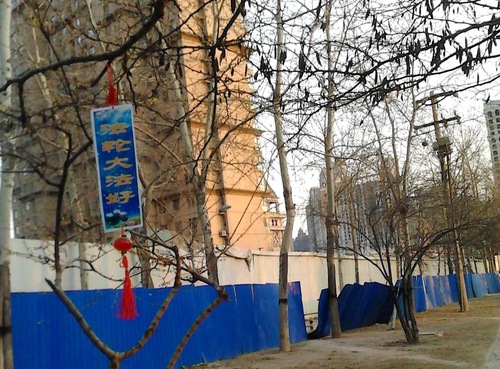 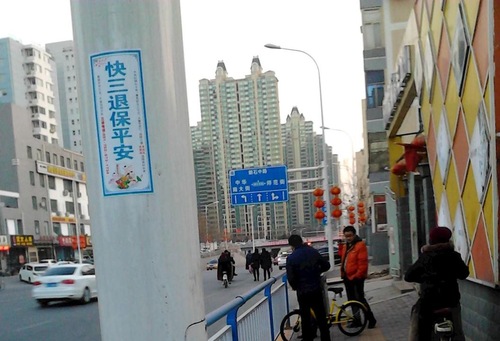 “Quit the CCP for a Safe Future” 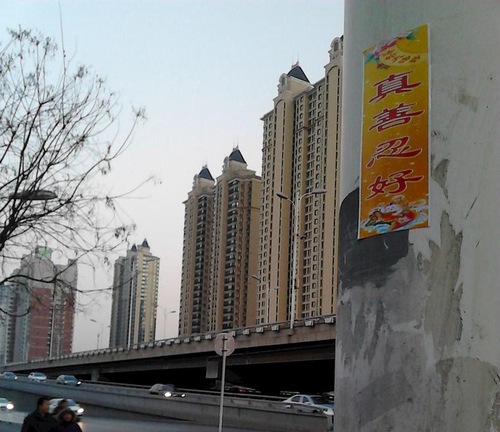 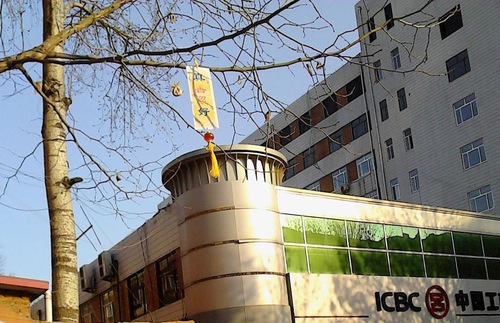 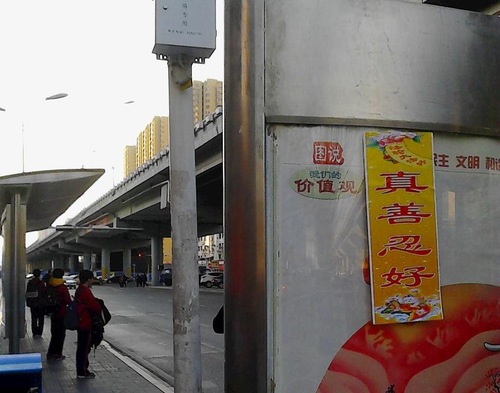 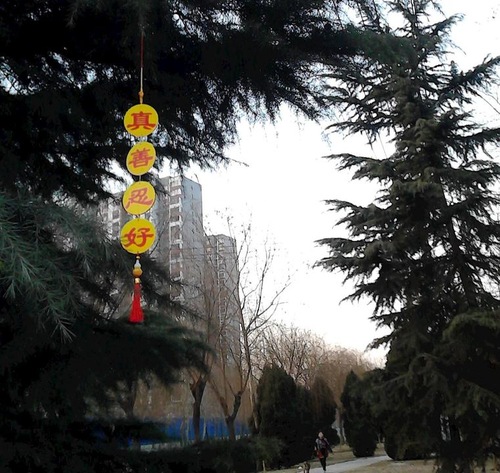 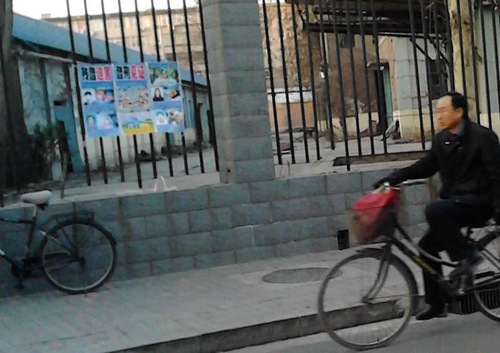 A poster with information on the CCP persecution.

“A Precious One Hundred Yuan”