(Minghui.org) Falun Gong practitioners participated in the celebration of Waitangi Day on February 6, a public holiday commemorating the signing of the Treaty of Waitangi, New Zealand's founding document, on that date in 1840.

About one hundred thousand people attend the celebration in Waitangi every year. Practitioners took the opportunity to tell the public about the persecution of Falun Gong in China.

Many people were also interested in learning the exercises 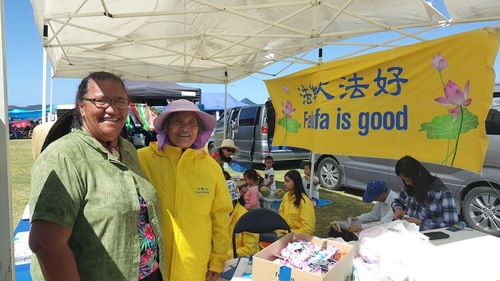 Robin York, a Maori woman, said her late husband was half Chinese, and she likes Chinese culture. She said that the persecution is unacceptable, and she will tell her friends about it. 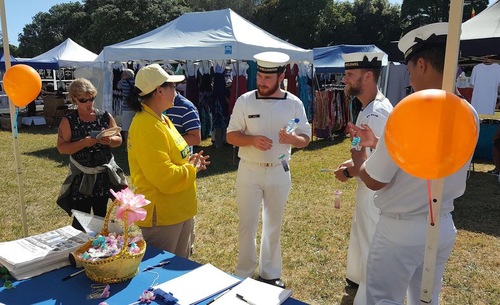 Three marines signed the petition. “This is inhumane,” one of them said. 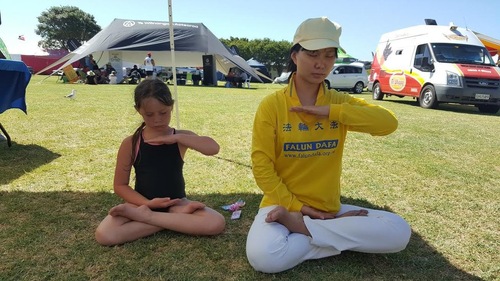 Seven-year-old Hineari does the sitting meditation with practitioners.

Seven-year-old Hineari came to the celebration with her family. She joined practitioners in the sitting meditation two days in a row. She was able to cross both legs in the double lotus position right away, and sat in meditation for one hour.

After the meditation, Hineari said she saw many wonderful scenes in the other dimensions while meditating.

The second day, her grandfather came with her and was pleased by her interest in the practice. He said he would help Hineari to find an exercise site near their home, which is an eight-hour drive from Waitangi.

“Tianjin Man, 73, to Face Indictment for His Faith in Falun Gong”

““We Should Learn Falun Gong!” – Two Events in Denmark and Sweden”