(Minghui.org) Chen Weijun, a college student in Yilan, Taiwan, had suffered with hives since she was in the sixth grade. From time to time, the itch would start, as if there were thousands of ants climbing on her skin, and there was nothing she could do. This caused her great pain.

Compared to another problem she had, however, the hives were a minor issue. This problem brought real terror, making her sometimes think of ending her own life.

Fortunately, both problems have now become history after Chen followed her father in practicing Falun Dafa. “It is truly wonderful,” she said, “My gratitude towards Master Li and Falun Dafa is beyond description.” 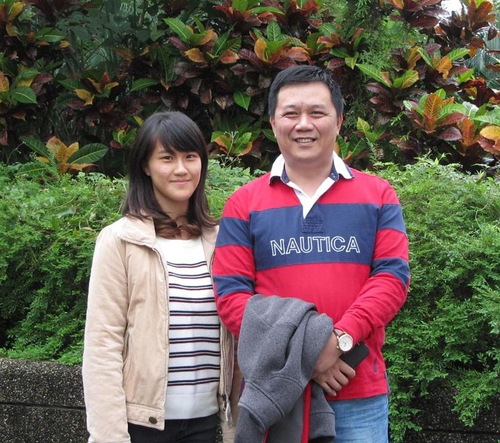 After Chen Weijun heard about Falun Dafa from her father and began to practice it, the problems that had bothered her for years were gone.

It started when she was in her second year of high school. Pictures began to appear in front of Weijun every day. This made her uncomfortable and her heart rate increased, but she could not determine where the pictures were from, even though she thought very hard about it. Nonetheless, her vision, hearing, and all her senses told her that the pictures were real. She had no idea what they represented and was thus scared.

Sometimes while doing homework, she suddenly felt people in the pictures able to move around. This made her think that they might be ghosts. Sometimes when walking on the road, she felt as if the concrete road had collapsed, which terrified her. “Every time this happened, my mind was not clear. People around me later told me that I sometimes screamed or stomped my feet involuntarily out of terror.”

Doctors examined her and concluded that she had a panic disorder. Medication was prescribed, but it was of no help. A physical therapist then promised a cure, but there was no progress after tens of thousands of New Taiwan dollars was spent. After doctors gave up on her, her mother took her to temples and also tried folk medicine, but it only led to disappointment each time.

Helpless and frightened, Weijun did not know when or how her life would improve. “I felt lonely and I had no friends,” she recalled, “I dared not tell others about it since they may not understand. In fact, I dared not stay with others because the panic would horrify them too.” Nonetheless, the panic occurred six or seven times each day, making her live in terror daily, worrying it might return at any moment. “Seventeen is golden time for other teenagers. Why I am so special and have to suffer like this?” she asked a school counselor. The counselor tried to comfort her but did not know how to help.

A similar situation occurred at home, where everyone was worried. “Grandma was in tears because of me. My elder brother told me to cheer up. Mother continued to search fruitlessly for a cure, while my lovely dad could only shout to me, “Don't worry—you won't die!” she recalled. It was not death that Weijun was afraid of, she said with a forced smile, “I even thought, if I die, all this pain would end. So every day I was counting how many stories those buildings were, thinking which floor was the best to jump from so that I could die instantly instead of living with sequela.”

Another hospital examination in early 2016 discovered that she had an extra nerve in her heart. The doctor said, “We could open her up and fix it.” As Weijun waited for the procedure with hope, but the doctor canceled the operation, sayikng, “If we do that, you could die.” The electrocardiogram (ECG) and electroencephalography (EEG) patterns showed that she had severe epilepsy. Doctors prescribed medicines and they helped some, but the panic incidents still came from time to time.

“Do I have to live like this for the rest of my life?” she asked. But no one was able to answer her. 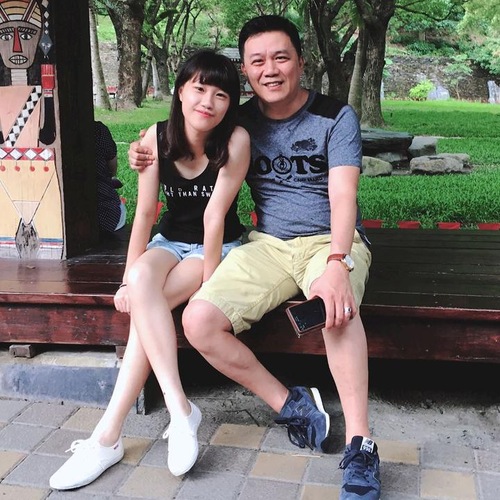 Picture taken when Weijun's father first began to practice Falun Dafa. Weijun, who was not a practitioner yet, often had panic attacks and weighed less than 90 pounds. 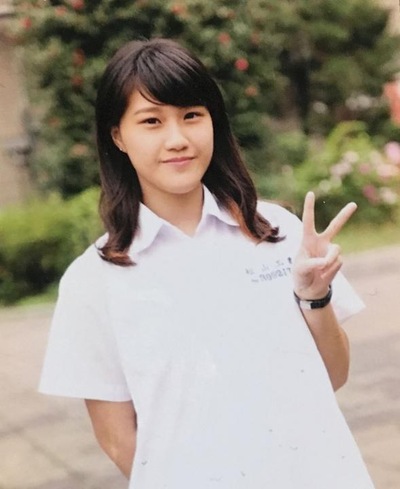 One day in May 2016, Weijun did not feel well and was hospitalized again. The doctor told her to stay longer since her epilepsy was very atypical. “During those days in the hospital, my father, who had begun to practice Falun Dafa, handed me a golden-colored book, Zhuan Falun and said, “Try this, as it is your only hope,” she recalled.

Influenced by science knowledge she had learned, Weijun was not convinced that Falun Dafa could solve her problems, and she still believed that medication was the solution. Then, while thinking what a headache it would be to live dependent on medication for her entire life, she thought that reading the book would do no harm. “So I began to read the book, and it opened a new world to me,” she said.

After returning home she continued reading the book and followed her father in doing the five sets of exercises. “Not long after that, I felt my situation improve. Once, when doing the sitting meditation, I truly felt the rotation of Falun in my brain,” she said. Out of excitement and happiness, she decided to stop taking the medicine. She did not tell her father about this until several days later when her condition became better and better. He father was glad for her improvement and encouraged her to continue practicing Falun Dafa.

Two months passed and the panic did not come back. Instead, Weijun became opened-minded and happy. Surprised by her changes, her mother asked what she had done. Weijun told her she had stopped taking the medication. This scared her mother, “How can you do that?” But she and other family members could not deny the positive progress in Weijun's condition.

Because Weijun did not return to the hospital for an earlier-scheduled appointment, the doctor called her mother to remind her about the magnetic resonance imaging (MRI). The family explained to the doctor what had happened. Weijun said that Master Li and Falun Dafa had given her a second life, and she would visit the doctor later to explain in detail what had happened.

Recently Weijun lent a copy of Zhuan Falun to her classmate. “My classmate was in poor health and I did not want to see her suffering,” she said. Thinking about the years of suffering she had endured, Weijun said she was very fortunate, “Nothing was able to end my nightmare except for Falun Dafa. In addition, Falun Dafa has given me a life with light and hope.”

“I am very grateful for Master Li for all of this,” she continued, “And I hope more people can be blessed like me.” 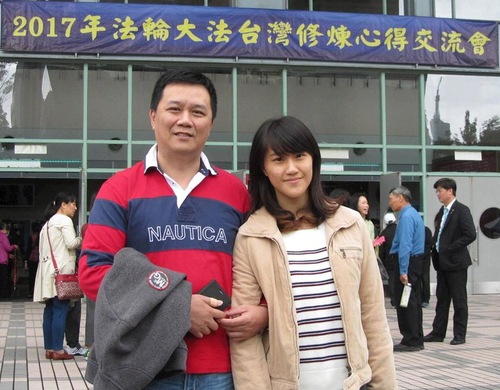 Picture of Weijun and her father, taken during the 2017 Taiwan Falun Dafa Experience-Sharing conference.