(Minghui.org) It was recently learned that a Foshan City resident had been secretly tried in September 2017, yet his wife hasn’t received any official notice regarding his trial or verdict.

Mr. Zhi Yusheng was driving through Jinliu Town of Foshan City on November 15, 2016, when he was pulled over by police, who suspected he was using his cell phone to send text messages about Falun Gong, a spiritual discipline being persecuted by the Chinese communist regime. They charged him with “sabotaging telecommunication facilities” and gave him an unknown length of criminal detention. 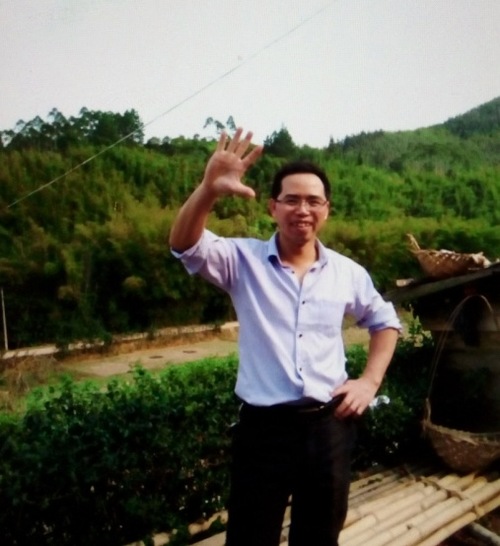 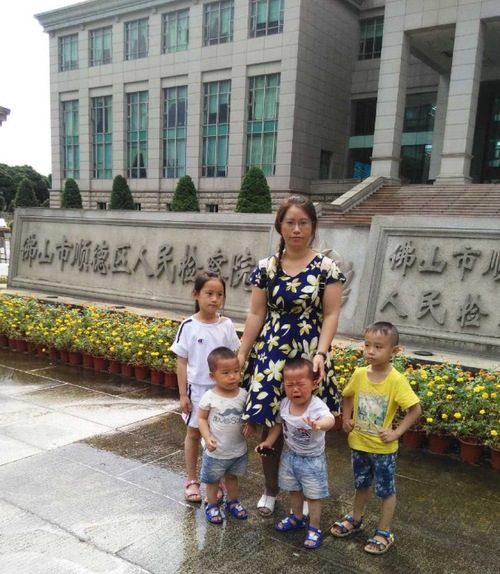 Mr. Zhi’s wife and four children in front of the local procuratorate.

Unable to find any evidence against Mr. Zhi, the police changed the charges against him to “using a cult to undermine law enforcement,” a standard pretext used by the Chinese communist regime to frame and imprison Falun Gong practitioners.

Mr. Zhi’s two lawyers visited him at Shunde Detention Center on July 14 and were shocked to learn that they’d been dismissed and replaced by court-appointed lawyers. Mr. Zhi’s case was forwarded to the local court on August 8, and he was tried one month later.

His wife, who struggles to care for their four young children, hasn’t been given any official update by the authorities since her husband’s arrest.
According to inside information, the local authorities promised to release Mr. Zhi in one month if he admitted his “guilt” in court. He remains incarcerated at the time of this report.

Father of Four Detained for No Valid Reason

“Woman, 75, Defends Herself in Court”