(Minghui.org) Falun Dafa practitioners in Stockholm gathered at Mynttorget on November 25, 2017, to tell passersby about Falun Dafa and its ongoing persecution by the communist regime in China. With posters and exercise demonstrations, they explained to pedestrians how the practice has benefited people physically and spiritually. The speakers spoke both in Swedish and English about how the Chinese Communist Party (CCP) has persecuted the group since 1999.

Located between the Parliament House and the Royal Palace in central Stockholm, Mynttorget is a public square that attracts a large number of tourists every day. Many of them were interested in the peaceful music and gentle movements of practitioners. Some began to learn the exercises from practitioners. 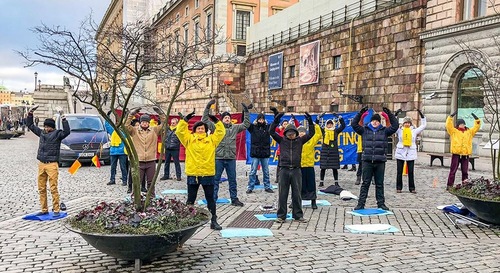 One woman stayed for a long time, listening and reading posters and informational materials distributed by practitioners. She said that she is a yoga instructor and added, “Falun Dafa brings me warmth and energy.” When she left, she took some materials to read later and signed a petition calling to stop the persecution in China. 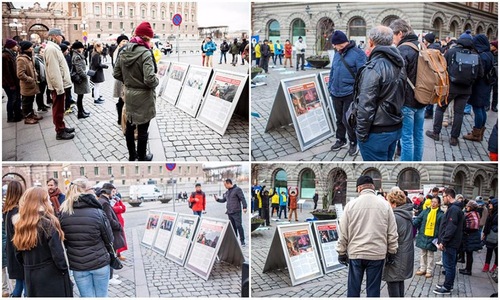 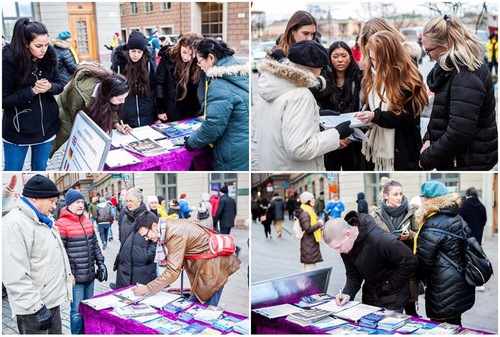 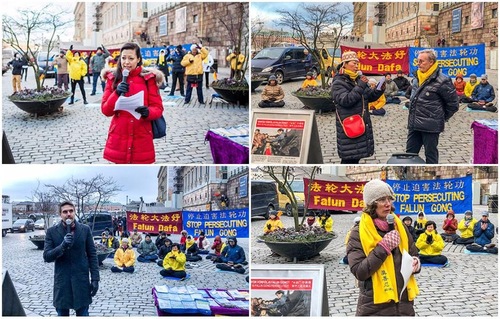 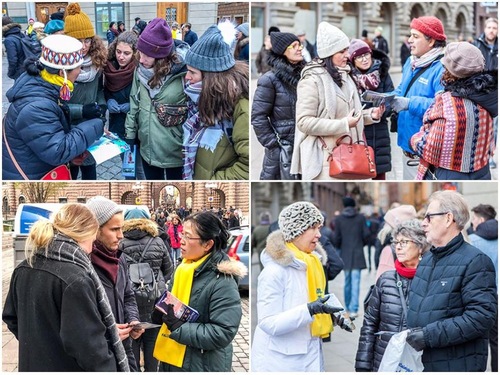 Pedestrians read posters, talk to practitioners, and sign petitions to stop the persecution.

A man from Finland talked with a practitioner. Pointing to a pamphlet that he took, he said, “After getting back home, I will ask my wife to practice Falun Dafa with me.”

Two young people were shocked by the severity of mistreatment practitioners in China endure for their faith, including being killed for their organs. They signed petitions and hoped there would be more media coverage of the persecution in China. 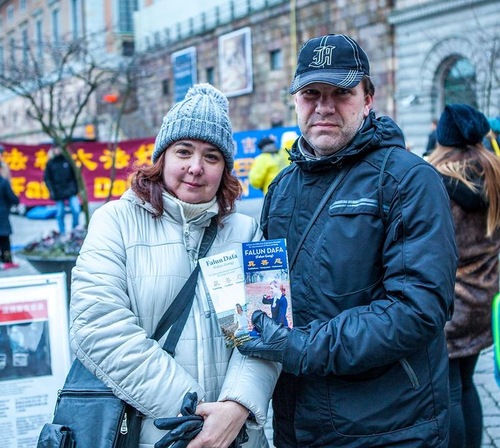 A couple from Russia

A couple from Moscow said that the persecution should not have happened. The husband said that his home country used to be under communist rule and that he is familiar with the kind of totalitarian regime the practitioners face. Both of them signed the petition and took informational materials to share with their friends.