The practitioners set up a table to collect signatures. Some demonstrated the five sets of Falun Gong exercises. Others distributed flyers. Many people signed the petition against the persecution. 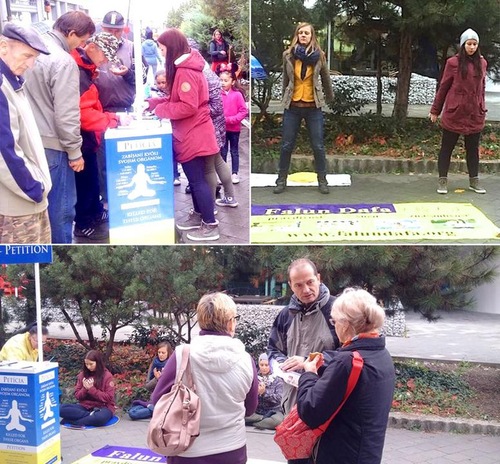 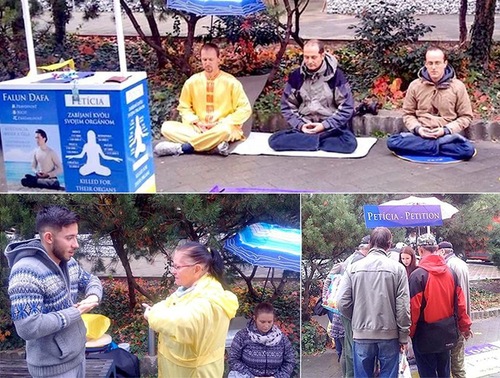 A boy who signed the petition came back the next day to help the practitioners distribute flyers. He collected two signatures.

Four Gypsy children learned the Falun Gong exercises on the spot. One said she saw golden light when she closed her eyes. She then said that she saw a battle of good and evil in another dimension and that she felt miserable seeing Falun Gong practitioners being killed in China. She shouted before she left, “Falun Dafa is good!”

She and her friends came back after a while to learn the exercises. They expressed interest in joining an exercise group in the park on Saturday.

“60 Falun Gong Practitioners Sentenced for Their Faith in September 2017”