(Minghui.org) The Granny Smith Festival was held in Eastwood, north of Sydney, Australia on October 21, 2017. The Falun Gong group participated in the parade, demonstrated the exercises on stage, and had a booth to introduce the practice to the public.

Now in its 32nd year, the Granny Smith Festival is the largest street festival in Sydney with over 80,000 attendees. 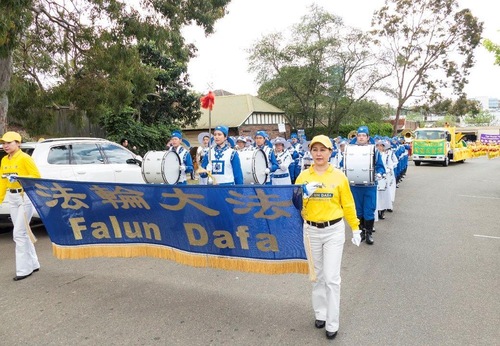 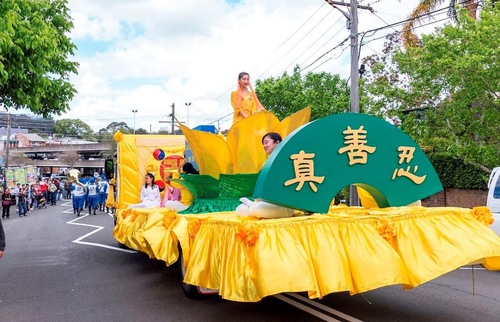 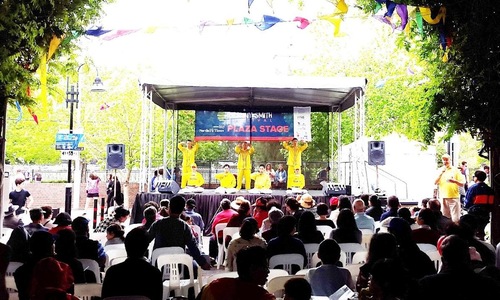 Falun Gong practitioners demonstrated the exercises on stage and explained the movements and the benefits of the practice to the audience.

A couple told practitioners that they enjoyed the demonstration. The wife, Fay Vicky, said, “I know Falun Gong has been persecuted for many years. Whenever I see Falun Gong booths on the street, I make sure to stop and sign their petitions.”

Many people learn about Falun Gong

Lindsay Peters, a candidate of the Greens, and his wife stopped and talked with the practitioners at their booth. He promotes social and economic justice and non-violence. He said he once went to talk to a local practitioner to learn about the persecution in China during his campaign for federal election. 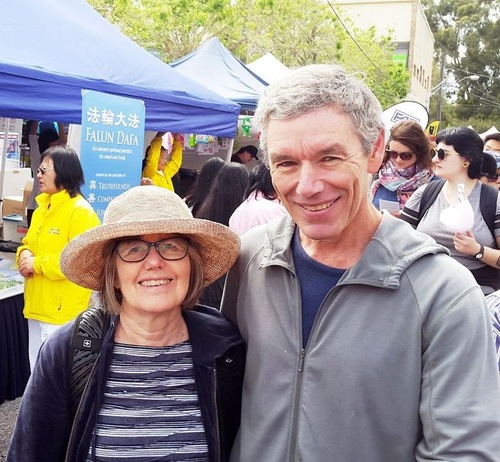 Lindsay Peters, a candidate of Greens, and his wife.

Peters praised the practitioners for their contribution to the local community. He said he saw that practitioners offered free instruction in the park. 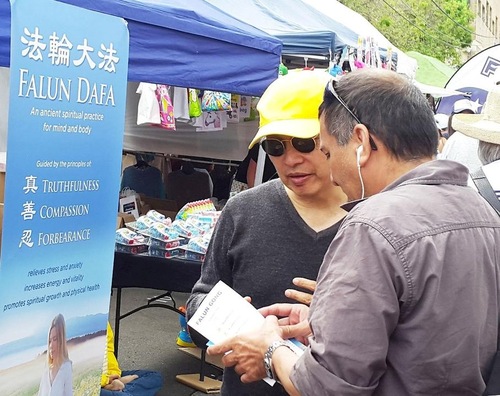 Many people stopped to learn about Falun Gong. One man, Max Garcia, said, “I saw Falun Gong practitioners doing the exercises in the park. I felt strong energy from them. I want to learn Falun Gong.”