(Minghui.org) The Art of Zhen Shan Ren (Truthfulness-Compassion-Tolerance) International Exhibition was on display at the King Arts Complex in Columbus, Ohio for two and half months starting in September 2016. The exhibition included 34 paintings depicting scenes related to Falun Gong and the Chinese Communist Party's (CCP) persecution of the spiritual discipline. 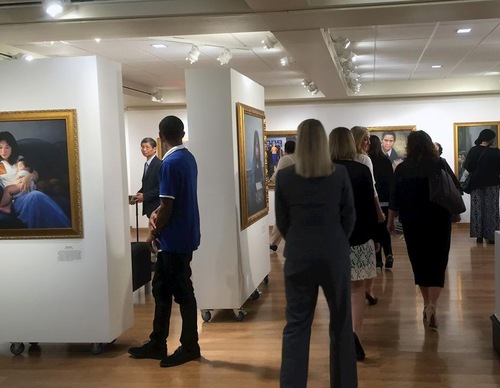 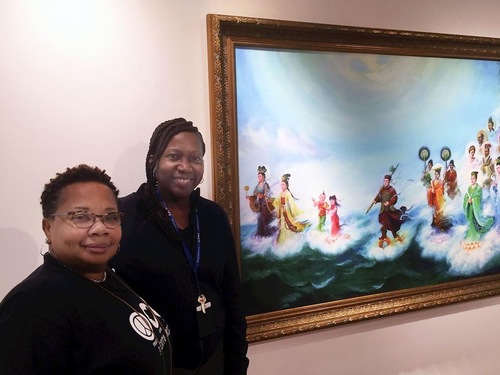 From the paintings that depict current events taking place in China, many patrons learned about the communist regime's persecution of Falun Gong for the first time and were shocked by the brutality. Some had tears in their eyes after viewing the artwork. Many signed a petition against the Communist Party's killing of Falun Gong practitioners and harvesting their organs.

Several teachers brought their students to the gallery and asked the volunteer staff to explain the events behind the paintings.

Many high schoolers and their parents came one weekend to attend an award ceremony for top students. Among them, Mrs. Clark and her son viewed the paintings and asked detailed questions about the persecution in China. 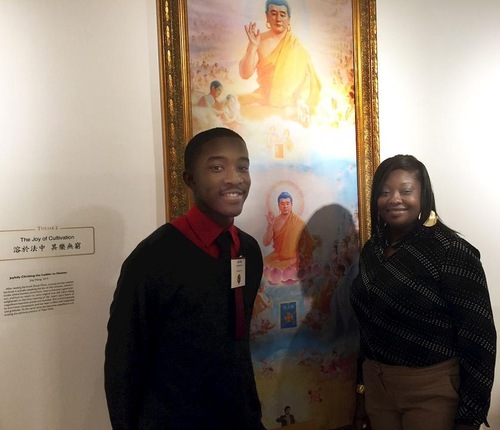 Mrs. Clark and her son in front of their favorite painting

Practitioners have held free Falun Gong classes at the complex every week since the end of the exhibition.