(Minghui.org) During the Australian Falun Dafa car tour, practitioners from Sydney have provided information about the ongoing persecution of Falun Dafa in China, especially the state-sanctioned large-scale forced organ harvesting from living Falun Dafa practitioners in China, to almost 60 towns in Australia. More than 200 towns are on the car tour route. Practitioners have received great support in every town they passed. 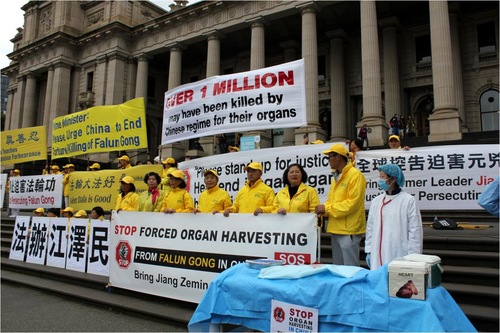 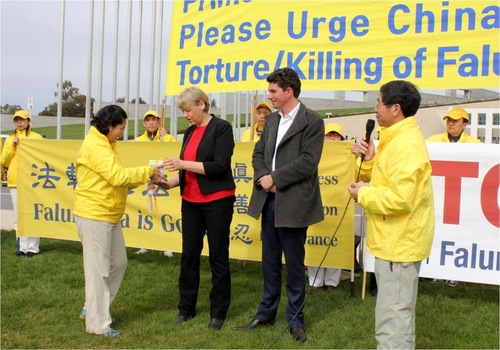 Senator Janet Rice and Senator Scott Ludlam show their support at the Falun Gong rally in Canberra on August 30.

Senator Lee Rhiannon from New South Wales sent a supportive letter to the rally. She wrote that U.S House Resolution 343 had brought hope. She would like to see the Australian government formally condemn and help stop the organ harvesting in China.

MP David Shoebridge in the NSW Parliament called for Prime Minister Turnbull to raise the human rights issue directly with the Chinese regime. He said there was nothing to lose, and we had the responsibility to help stop this practice (organ harvesting) as part of international society.

Victorian State MPs Bernie Finn and Gerard Flood, treasurer of the Democratic Labor Party, praised Falun Gong practitioners' work at the rally in Melbourne on September 2. Mr. Flood encouraged practitioners to visit members of parliament to tell them facts about the persecution.

News.com.au, a news website owned by News Corp Australia, interviewed several Falun Gong practitioners from the car tour, and produced a series of reports, including Extreme torture: Inside China’s correctional facilities, Inside China’s secret brainwashing centers: “People only see what the government wants them to see,” and The Reality of Human Organ Harvesting in China. These reports exposed the tortures, brainwashing, and organ harvesting from living Falun Gong practitioners in China. The reports were coupled with interview videos. 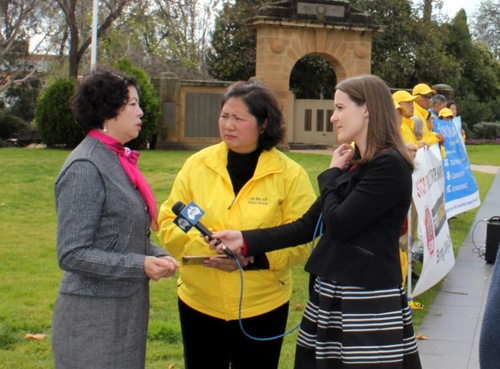 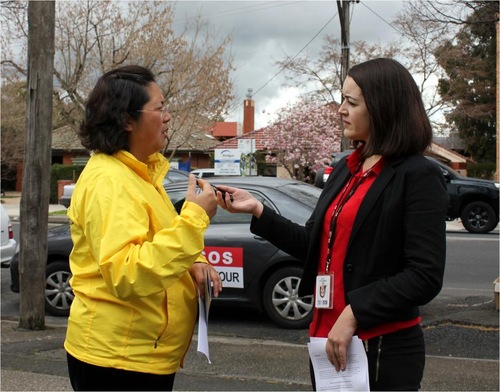 A practitioner is interviewed by ABC Radio Australia. 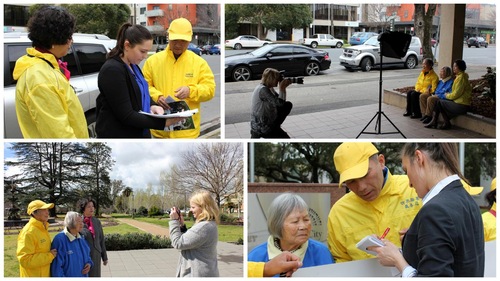 Reporters from BorderMail, Newsweekly, DailyAdvertiser, and other media reported on the car tour.

Besides mainstream media, local newspapers, TV stations, and radio stations also reported the car tour as it passed through their cities. 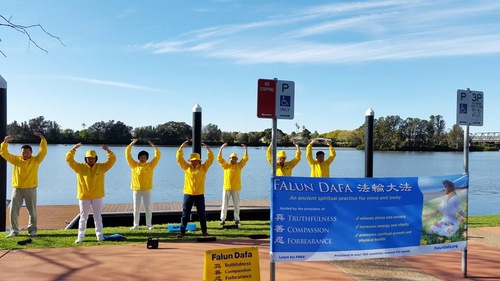 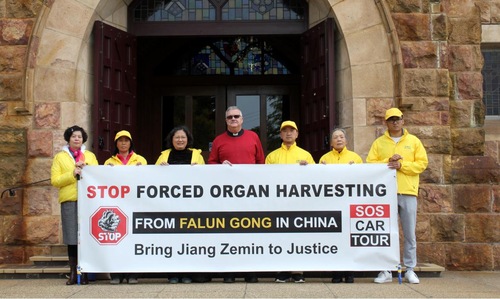 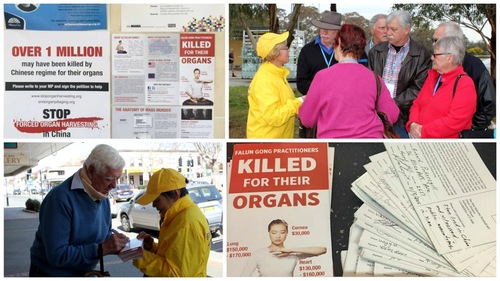 Sisler, a teacher in Goulburn, asked for more than 20 postcards for colleagues and friends to sign. 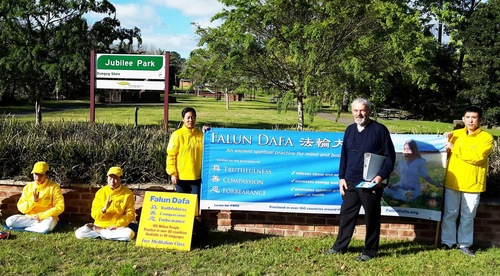 Allen in Dungog shows great interest in Falun Gong and would like to help stop the persecution.

“Romania: Residents from All Walks of Life Support Falun Dafa”