(Minghui.org) When the annual RORI festival was recently held on September 10 in Rovaniemi, Finland, many participants from the Nordic countries were able to learn about Falun Dafa, a peaceful meditation that originated in China.

Known as the “official” hometown of Santa Claus and for its view of the Northern Lights, Rovaniemi is the administrative capital and commercial center of Finland's northernmost province, Lapland. Two practitioners set up a booth at the festival in the city center to raise awareness about the Falun Dafa and the persecution in China.

One of the two practitioners had been detained in China for practicing Falun Gong. Some of the passersby who had signed petitions in the past for the rescue of this practitioner came up to hug her and ask about the situation in China. 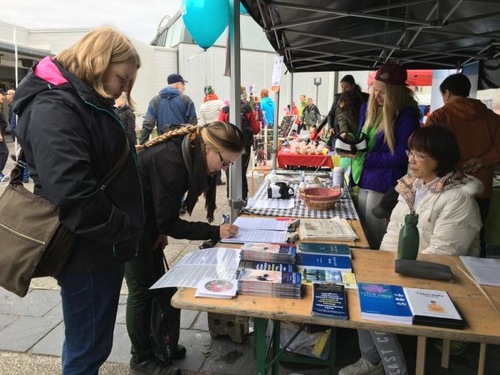 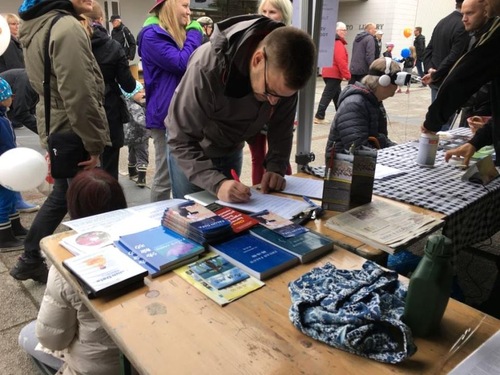 Pedestrians sign petitions calling for an end to the persecution in China.

Many people took materials and signed petitions calling for an end to the persecution in China. Even when both practitioners were doing the exercises and not available to stand at the table, quite a few pedestrians stopped and signed the petition. 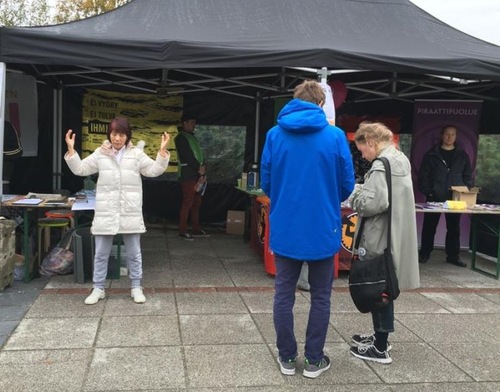 People stopped to learn about Falun Dafa as a practitioner demonstrates the exercises.

“Looking Within and Gaining My Husband's Support”