(Minghui.org) Falun Gong practitioner Ms. Wang Longna was secretly tried and sentenced to three years in prison in March 2016 for her belief in Falun Gong, a spiritual practice persecuted by the Chinese Communist Party (CCP).

Ms. Wang, 29, was arrested by the Zhaoyuan City domestic security police in Xiadian Town on August 28, 2015. She was held in the Fushan Detention Center, Yantai City. She was tried in March 2016 and is appealing the three-year sentence. 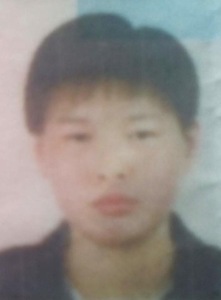 It was not until several months after Ms. Wang was sentenced to prison, that her mother discovered information about her daughter's situation.

The judge said: “It is not my fault. The higher authorities sentenced her during a meeting.”

Infected with Hepatitis B

The mother finally managed to see her daughter, whom she had not seen in five months. She found out that her daughter had been infected with hepatitis B.

The detention center officials keep her isolated from other inmates, to prevent her from transmitting her illness. Yet, they refuse to release her on medical parole despite her condition.

“A Village Experiences the Goodness of Falun Dafa Practitioners”

“Protected by Master in Prison”