They work different jobs during the week, and gather on weekends at parks wearing yellow T-shirts with “Truthfulness Compassion Forbearance,” to let people know about the brutal persecution of Falun Gong in China. They also collect signatures appealing for an immediate end to the persecution. 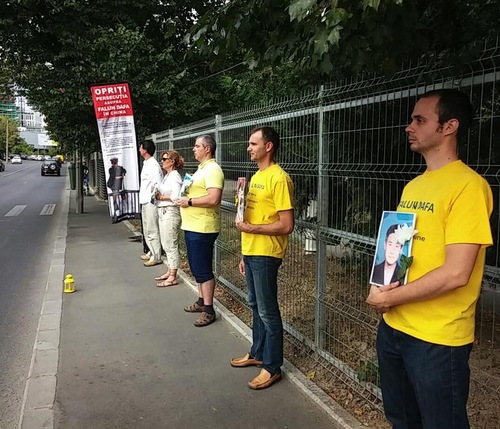 Peaceful protest in front of the Chinese Embassy in Bucharest on July 20, 2016.

July 20, 2016 marked the 19th anniversary of the persecution. On this date, practitioners held a peaceful protest in front of the Chinese Embassy.

The next weekend, practitioners went to Mitropoliei park in Targoviste, a satellite city to Bucharest, for a signature drive requesting that the Chinese regime stop harvesting organs from prisoners of conscience, including Falun Gong practitioners.

The petition was initiated by Doctors Against Forced Organ Harvesting (DAFOH), an organization founded and organized by medical doctors of various specialties from around the world. 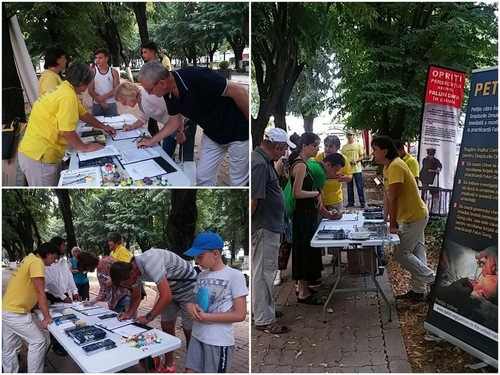 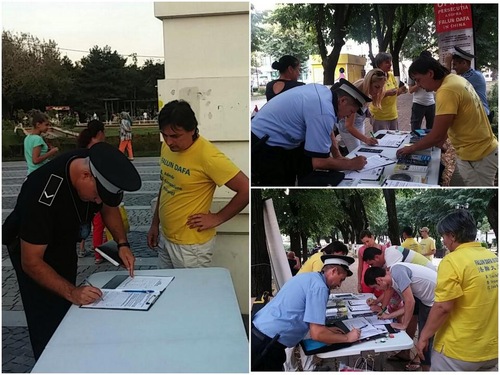 Practitioners set up banners, display boards, and a table in the fresh air after a rainstorm to welcome the park visitors. Romanians are very kindhearted. Upon hearing about the forced organ harvesting atrocities by the Chinese regime, people waited in lines to sign the petition. 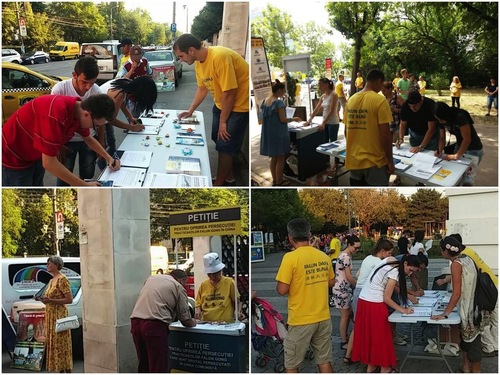 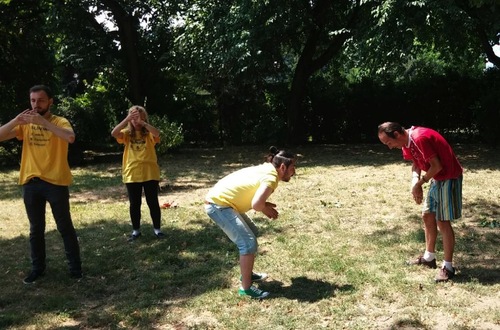 A man learns the Falun Gong exercises in a park.

Many people were very shocked to hear that an atrocity like forced organ harvesting could happened in 21st century. They expressed strong support for the practitioners' anti-persecution efforts, and expressed hope that the persecution would end soon.