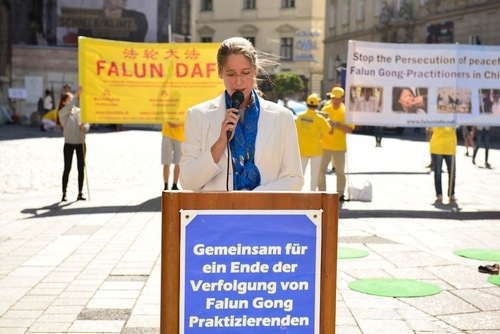 Falun Gong practitioners rally on Stephansplatz at the center of Vienna on August 23, 2016. 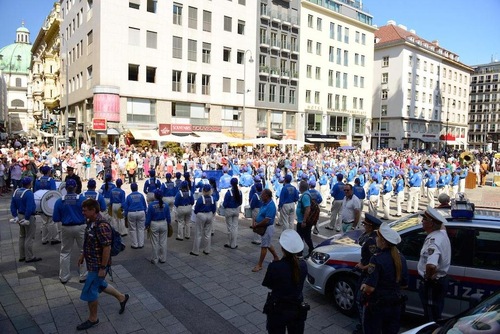 The rally and performance of the Tian Guo Marching Band attracted attention from many people.

The events started at 8 a.m. with practitioners demonstrating the Falun Gong exercises and a performance by the Tiao Guo Marching Band. Many people asked to learn more about the event and signed a petition against the persecution campaign being carried out by the Chinese regime.

Mag. Ulrike Lunacek, Vice President of the European Parliament and member of the Austrian Greens, wrote to the Austrian Falun Dafa Association to express her support. She stated, “China has signed the Universal Declaration of Human Rights. The persecution, imprisonment, torture and killing of Falun Gong practitioners violate the universal declaration. European and Austrian foreign policy absolutely cannot ignore the China's violation of human rights. Whoever remains blind towards such a persecution is an accomplice!”

Ms. Katja Kaufmann, Austrian representative of Doctors Against the Forced Organ Harvesting (DAFOH), spoke at the rally and talked about a recent investigation report on the CCP's live organ harvesting. She said, “More than half of the Members of the European Parliament signed a written declaration on July 13, 2016 demanding that the CCP stop live organ harvesting.” 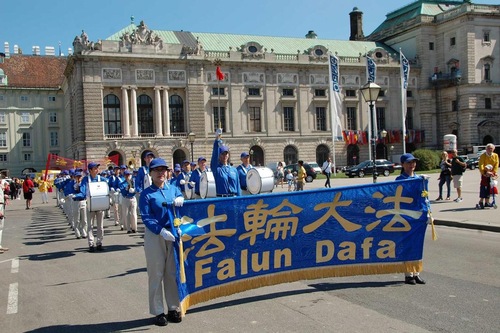 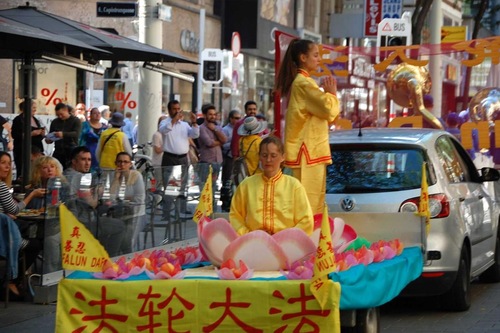 Practitioners demonstrate the Falun Gong exercises on the float. 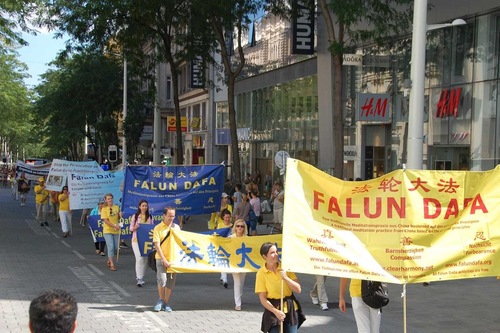 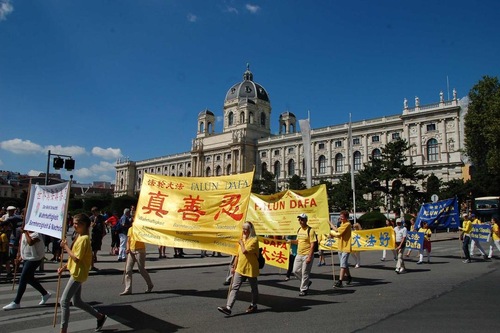 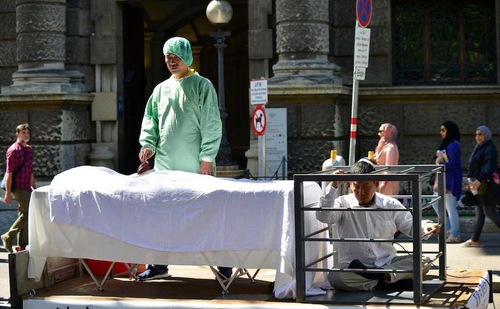 Reenactment of the Chinese regime's state-sanctioned killing of Falun Gong practitioners for their organs.

The march started at noon, led by the Tian Guo Marching Band and followed by performers in fairy costumes, an exercise demonstration, and a reenactment of the live organ harvesting atrocities in China.

Practitioners also marched with banners calling to prosecute Jiang Zemin, the former head of the Chinese Communist Party who initiated the brutal persecution of Falun Gong, and supporting Chinese citizens who have withdrawn from the Party and its affiliated organizations.

The march started from Stephansplatz, passed by Grabens, Hofburg, the Presidential Palace Square, Heroes' Square, the inner city of Vienna, and the Museum Square area before arriving at Mariahilfer Strasse, the biggest shopping center in Vienna. 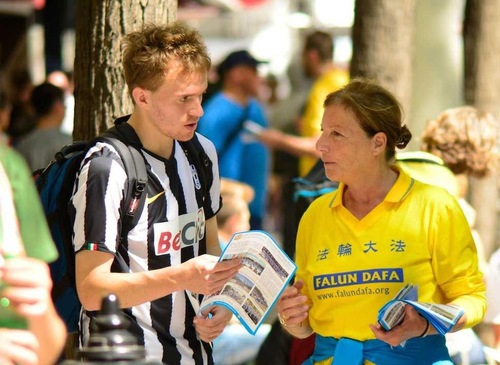 A passerby learns about Falun Gong from a practitioner.

Many people watched the march and asked for information materials. One woman said she had heard a radio program covering the persecution and organ harvesting in China. 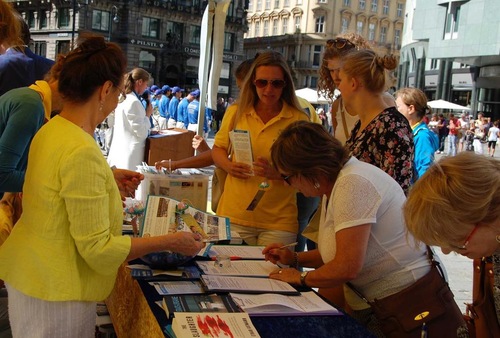 Passersby sign a petition condemning the Chinese regime's killing of practitioners for their organs. 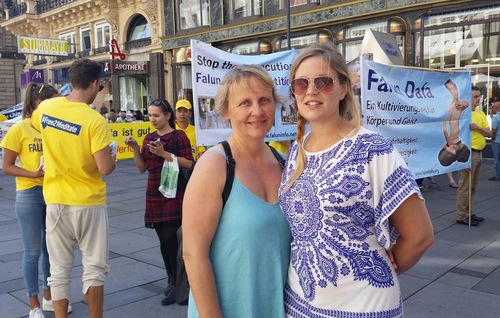 Anna works in Vienna. She and her mother took photos of the march. Anna's mother said that persecution is “too cruel” and that she recently learned about censorship and the lack of freedom of speech in China. She told many of her friends about the persecution and praised the practitioners' events to raise awareness of the atrocities taking place in China.

Catherine, a realtor in Vienna, said, “This is our first time learning about the persecution. We are appalled at the brutality. So many innocent people are imprisoned. So many are killed for organs. It is really horrible.” 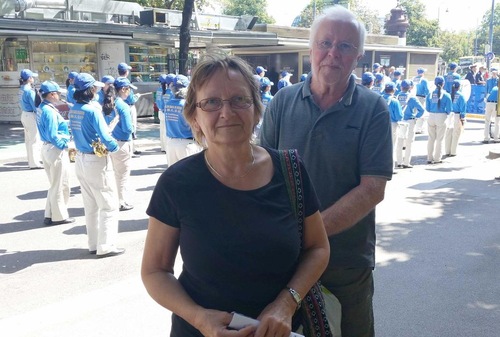 Margret and her husband support Falun Gong practitioners' efforts against the persecution.

“Stories from the Detention Center”