Collecting Signatures in Québec City to End the Persecution

(Minghui.org) Close to 100 Falun Gong practitioners in Canada gathered at Place D'Youville in Québec City on August 6 to collect signatures, demonstrate the exercises, and stage a forced organ harvesting reenactment.

Local residents and tourists from all over the world had an opportunity to learn the truth about the Chinese Communist Party (CCP) persecution of Falun Gong and sign a petition calling for it to end. 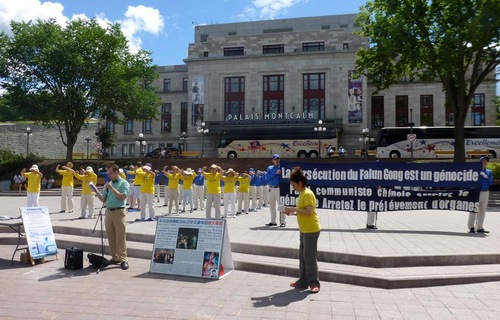 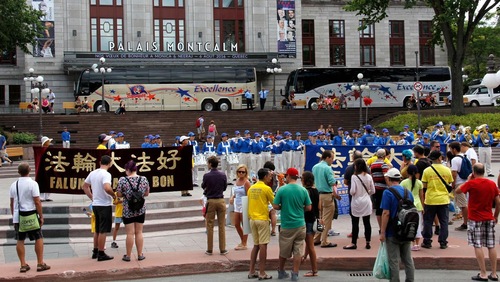 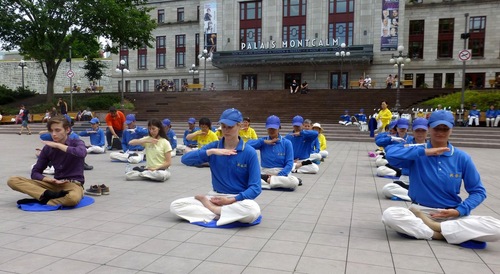 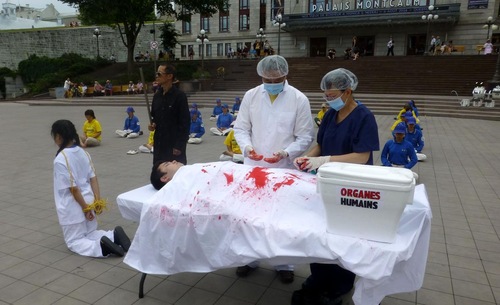 The forced organ harvesting reenactment drew the attention of many passersby. It's hard to imagine that such appalling crimes are still happening on the other side of the globe and that these crimes are being committed against a group of innocent Falun Gong practitioners for their faith in Truthfulness, Compassion, and Forbearance. Many signatures were collected on postcards urging the Canadian Prime Minister and the United Nations to stop the CCP's forced organ harvesting. 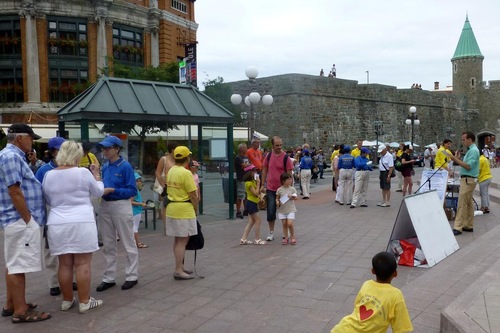 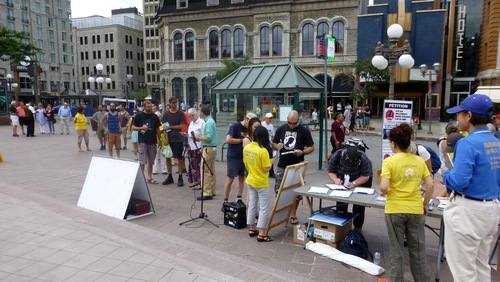 Falun Gong practitioners tell people the truth about the persecution.

Mr. Hou and his friends were tourists from China. He said he knew Falun Gong was great, but it was the first time he had ever seen a Falun Gong activity in person. He spent a long time observing the activities and learned a great deal.

Several Chinese took this opportunity to quit the Communist organizations they had joined in the past. Mr. Dang, who had immigrated from China to Canada as a youngster, expressed his sympathy for the persecution victims. He signed a postcard and quit the Young Pioneers, which he had joined when he was in China.

“Cherishing the Opportunity to Cultivate, Cultivating Genuinely and Solidly”