(Minghui.org) Falun Gong practitioners in Jakarta, Indonesia conducted group practice beside main roads in downtown business area on July 24, 2016. They also collected signatures on a petition reporting the crimes of China's former dictator Jiang for his crimes of genocide and torture of Falun Gong.

Many kind-hearted people signed the petition and commended the practitioners' peaceful effort to resist the state-sanctioned persecution. 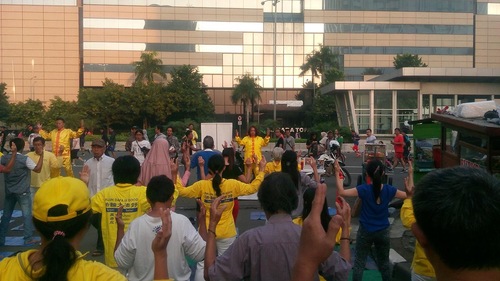 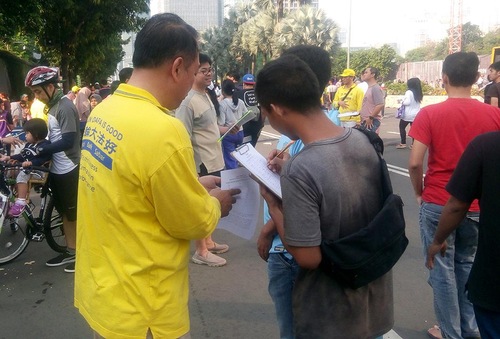 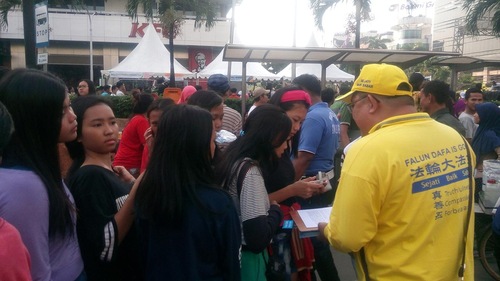 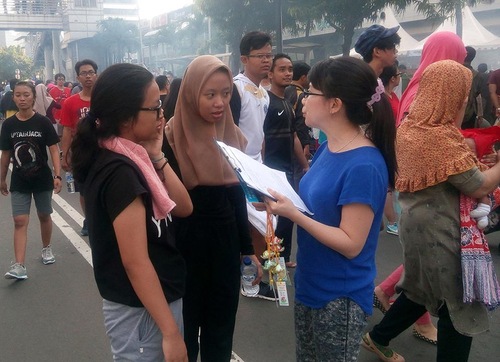 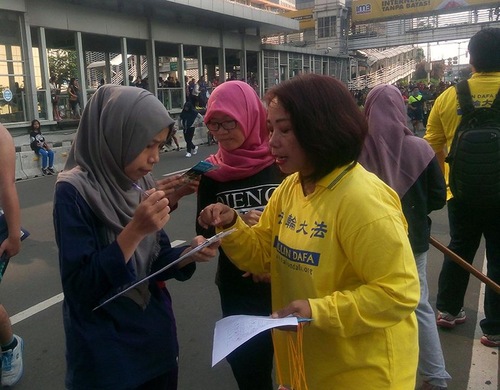 Chinese law allows for citizens to be plaintiffs in criminal cases, and many practitioners are now exercising that right to file criminal complaints against the former dictator. The law also allows for people to report the crimes of governmental officials. Practitioners in many countries join the efforts to collect signatures to support the petition of jointly reporting Jiang's crimes to the Supreme People's Court and the Supreme People's Procuratorate in Beijing.