(Minghui.org) Nearly 1000 Falun Gong practitioners held group practice, followed by a rally outside of the Metro Hall in Toronto, Canada on July 23, 2016, to mark the 17th anniversary of the peaceful resistance by the Falun Gong in China.

The rally and march were held before an experience-sharing conference by the group. Several political and community leaders spoke at the rally to support Falun Gong and condemn the persecution.

After the rally, they held a march in downtown Toronto that lasted over two hours. 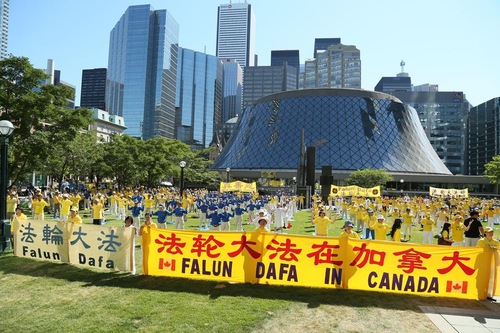 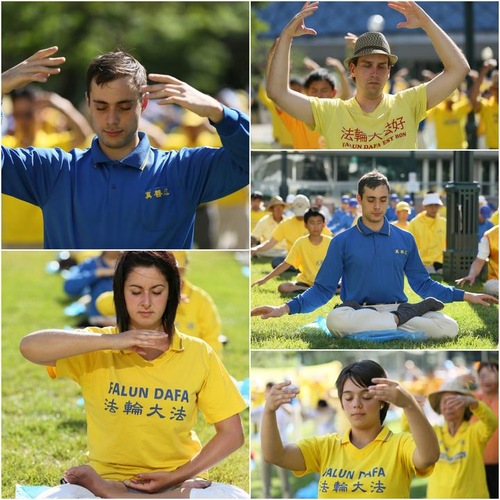 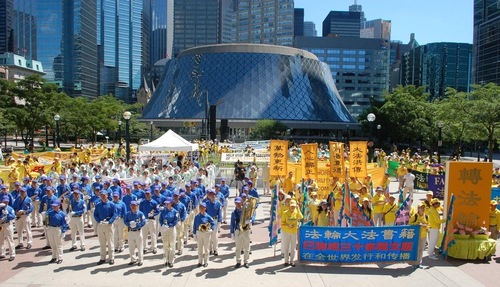 Rally outside of Metro Hall. 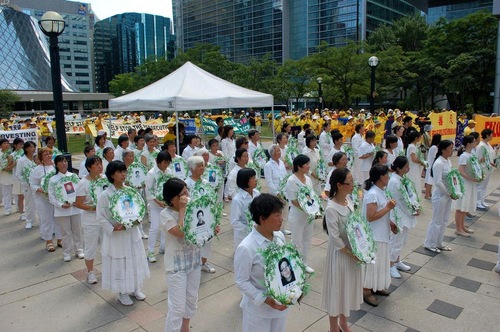 Practitioners hold portraits of fellow practitioners tortured to death in the persecution.

Guest speakers at the rally included former Member of Parliament (MP) Con Di Nino, MP Borys Wrzesnewskyj of the Liberal Party, MP Peter Kent of the Conservatives, Cherri DiNovo, Member of Ontario Parliament, Clement Rodrigo, the leader of the South Asian community in Toronto, and Sheng Xue, Chairman of the Federation for a Democratic China (FDC). 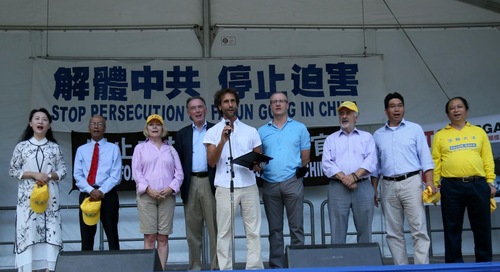 Guests and participants call out “Falun Dafa is good!” as the rally concludes.

Former MP Supports the Practitioners for Their Courage 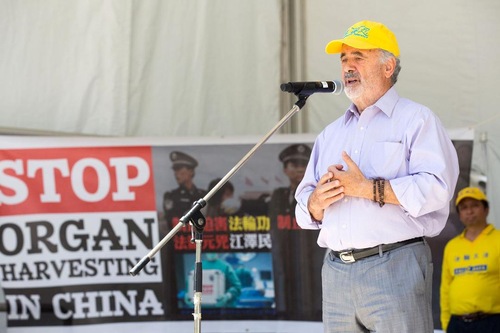 Former MP Con Di Nino, said he has always been supportive, “Because I see your group as courageous. You are people who are not afraid of standing up to fight for your rights and freedoms, whether here, China or elsewhere.”

“Justice and freedom when denied, will affect all of us,” he said. “It is infectious if we do not stop it, and it could spread to the whole world.”

MP of the Liberal Party: 17 Years Is Too Long. 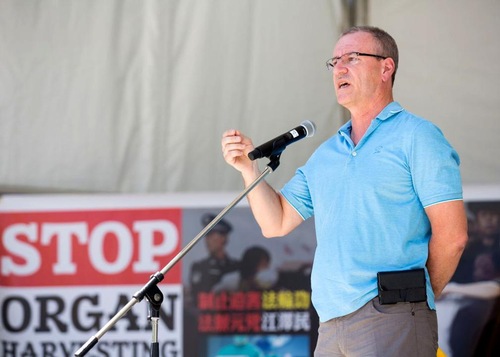 MP Borys Wrzesnewskyj of the Liberal Party, said that the persecution of innocent families has gone on far too long. He pointed out that over 200,000 Falun Gong practitioners have filed criminal complaints against former dictator Jiang Zemin since May 2015, for his crimes of torture and genocide. He said that he believes that the Chinese people will eventually gain their freedom. 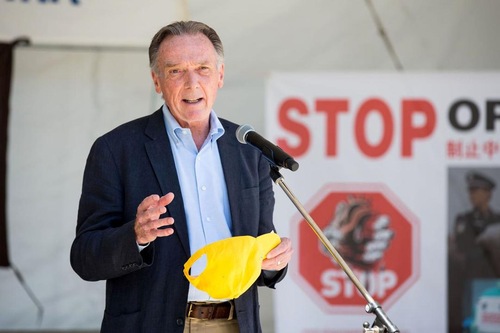 MP Peter Kent of the Conservatives speaks at the rally.

“It is an honor for me to be with you today and we salute the guiding principles of Falun Dafa: Truthfulness-Compassion-Forbearance,” said MP Peter Kent of the Conservatives, who is also the Chair of Parliamentary Friends of Falun Gong.

He said, “Many thousands of Canadians have been touched by the teachings of Falun Gong. The promotion of a healthy and harmonious society have attracted an increased number of Canadians, following many of the millions of Chinese citizens who practice Falun Gong.” 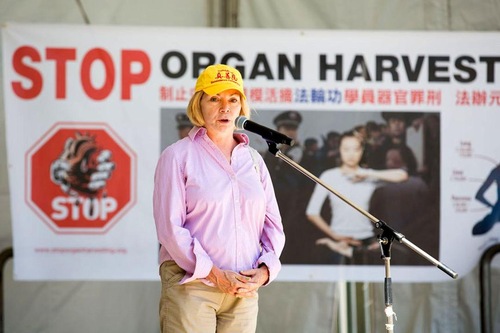 “You are wining people's hearts. This is your power,” commended Cherri DiNovo, member of Ontario Parliament. “Keep your belief, as a better world will come,” she said. “We support human rights with you and we will not relent.”

Leader of the South Asian Community in Toronto: I Want to Join Your Efforts 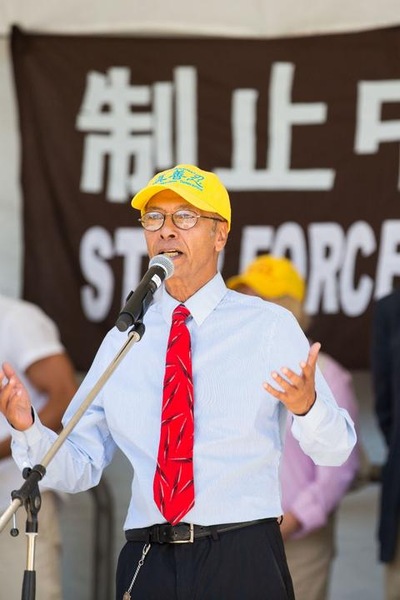 Clement Rodrigo, leader of the South Asian community in Toronto.

Clement Rodrigo, leader of the South Asian community in Toronto, said in his speech, “After learning about the atrocity of the persecution, I wanted to join you and do something to help stop it.”

“You Bring Hope to the World.”

Sheng Xue, Chairman of Federation for a Democratic China (FDC), said Falun Gong practitioners are like a light in the darkness, bringing hope to the world. 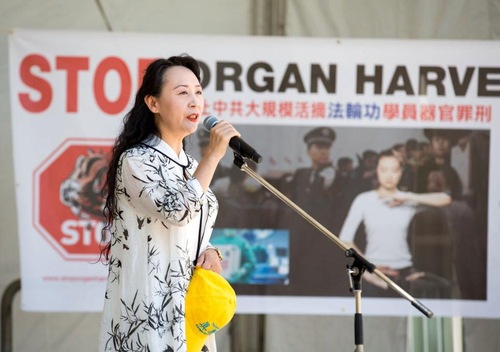 Sheng Xue, Chairman of Federation for a Democratic China (FDC).

She said, “When this becomes history and we look back, each of you will be like a star in the sky, shining on the whole world. You know your action, contribution, perseverance, and courage touch many people and their hearts. We stand together and will definitely prevail over the evil. I am proud of you!”