(Minghui.org) Seventeen years ago, nearly 100 million Chinese practiced Falun Gong. Jiang Zemin, the Communist Party leader at the time, saw that Falun Gong had more practitioners than the Party's membership. He ordered the brutal suppression of Falun Gong that began on July 20, 1999.

The persecution is still ongoing in China. On this day each year, practitioners around the world hold public events to raise awareness of the persecution. Below are reports from Greece, Switzerland, Russia, the Czech Republic, Norway, Italy, Belgium and Ireland.

Practitioners gathered in the beautiful coastal city of Thessaloniki on July 16. They demonstrated the Falun Gong exercises, put up display boards and a video presentation, and collected signatures calling to end the persecution in China. 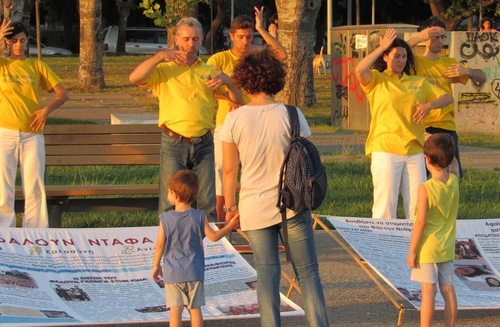 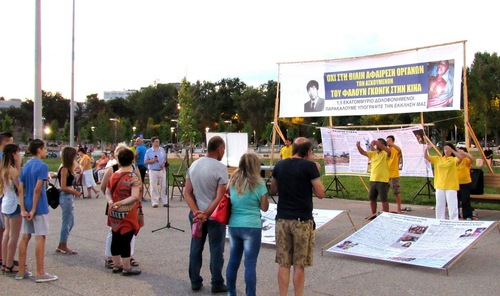 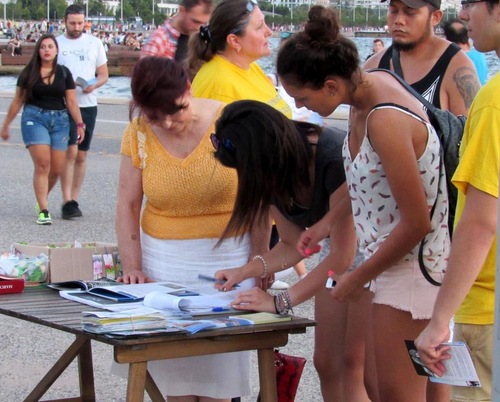 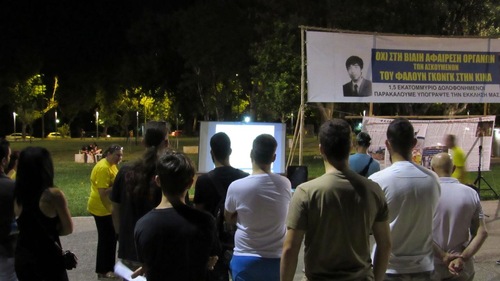 In Athens, practitioners talked to tourists at the seaside village of Paralia about the persecution in China and the communist regime's killing of prisoners of conscience for their organs, most of whom are Falun Gong practitioners.

Practitioners rallied in Geneva at Wilson Hall, the Office of the United Nations High Commissioner for Human Rights, on July 19. 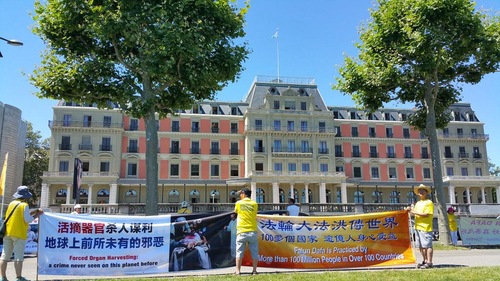 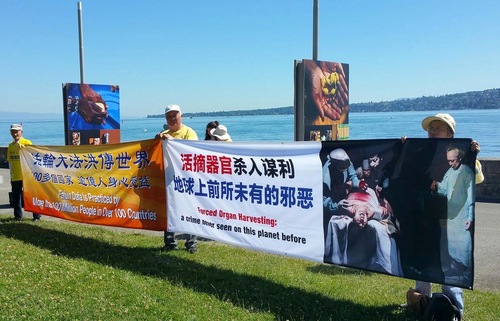 Practitioners rally in front of Office of the United Nations High Commissioner for Human Rights.

Marc Falquet, Member of Parliament of Republic and Canton of Geneva and former Chairman of the Human Rights Commission, spoke at the rally.

“We rally here today for justice, not vengeance. We appeal to stop those who are responsible for and profiting from the crime of forced human organ harvesting, and hand them to the International Criminal Court,” Mr. Falquet said.

“It is our effort, too. It is an opposition of persecution from all human rights advocates in the world,” Mr. Falquet said. 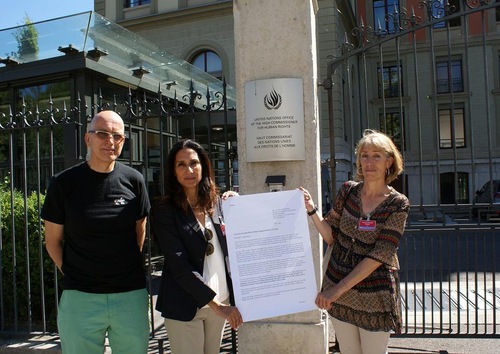 MP and Councilor Marc Falquet and Falun Gong practitioners Barthia and Orlandini hand a letter cosigned by Members of Parliament of Republic and Canton of Geneva to the Office of the United Nations High Commissioner for Human Rights. 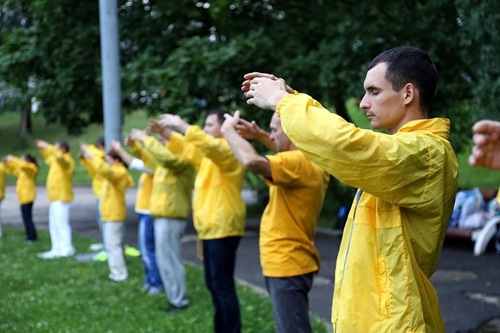 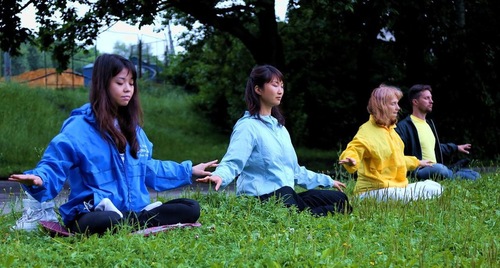 Practitioners do the Falun Gong exercises near the Chinese Embassy in Moscow on July 20. 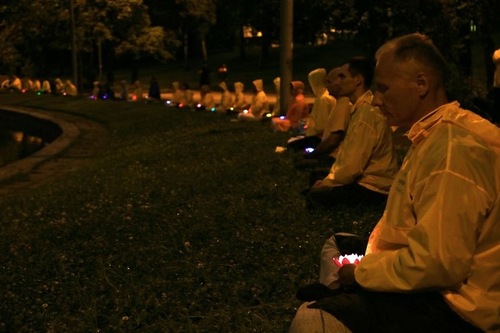 Candlelight vigil in memory of practitioners tortured to death in China for refusing to renounce their faith. 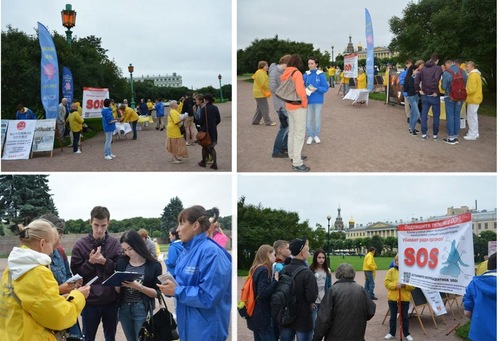 Signature drive in St. Petersburg on July 20 against the killing of practitioners for their organs in China 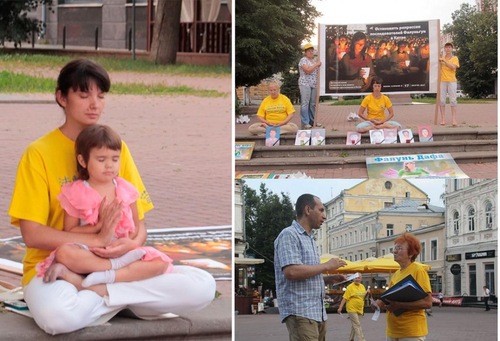 Practitioners held a rally and a candlelight vigil at Hradcanske Plaza in front of the Presidential Palace in Prague. 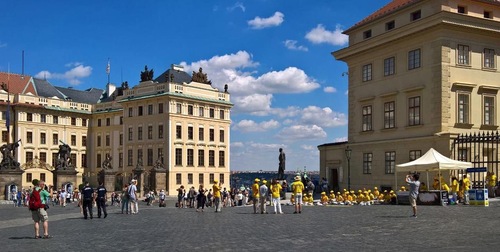 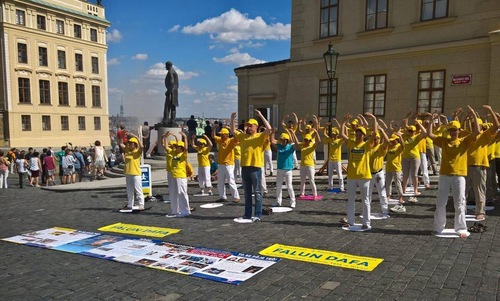 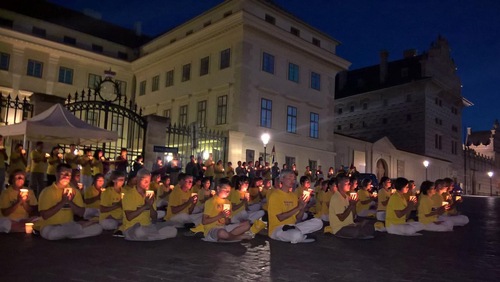 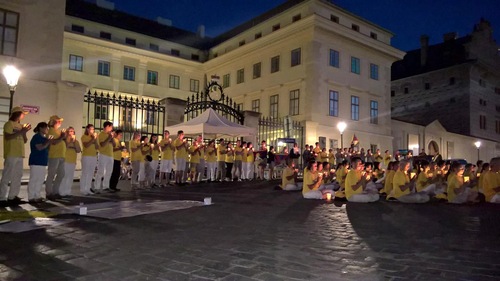 Practitioners conducted a peaceful sitting protest in front of the Chinese Embassy in Oslo in the morning, demonstrated the Falun Gong exercises in Royal Park at around noon, and then held a signature drive near Parliament Hall. 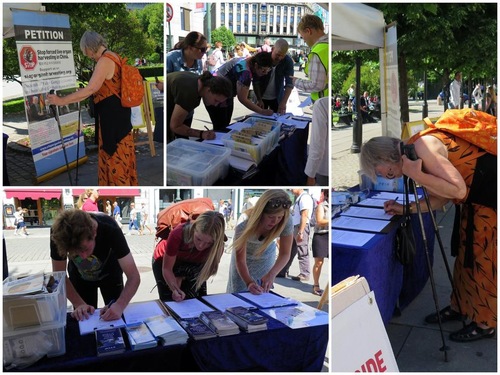 Signature drive at Parliament Hall in Oslo, Norway on July 20, 2016 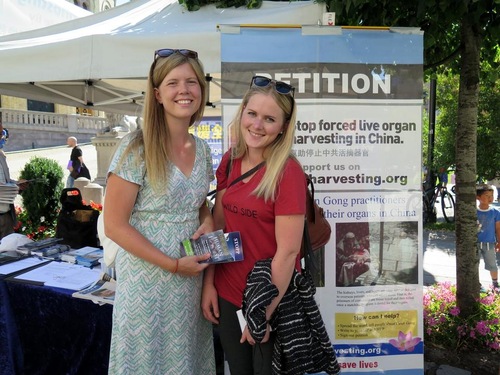 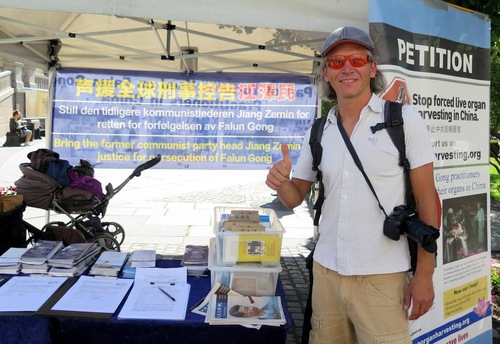 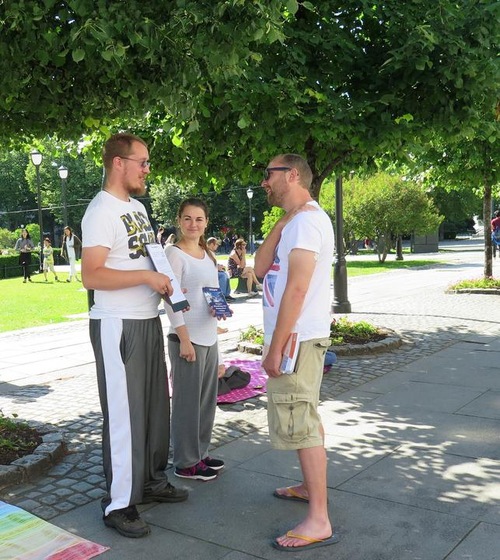 Practitioners Karianne and Vidar tell a passerby about the persecution of Falun Gong in China. 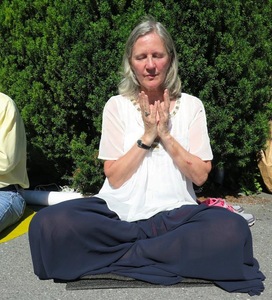 Practitioner Ms. Henriette protests in front of the Chinese Embassy in Oslo.

Practitioners in Milan set up banners and passed out flyers near the Chinese Consulate on July 20.

Many passersby learned about the persecution and expressed their support for practitioners' efforts. A number of Chinese learned about the crimes committed by the communist regime and decided to quit the Party and its youth organizations. 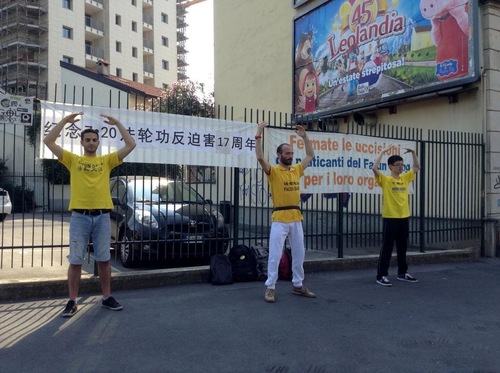 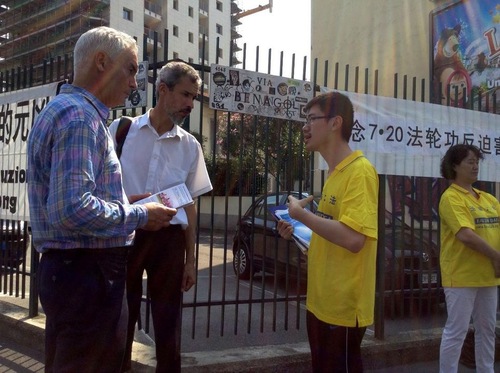 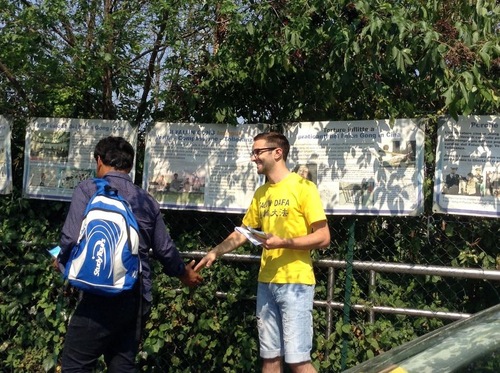 Practitioners rallied in front of the Brussels office of the Chinese liaison to the European Union on July 20. 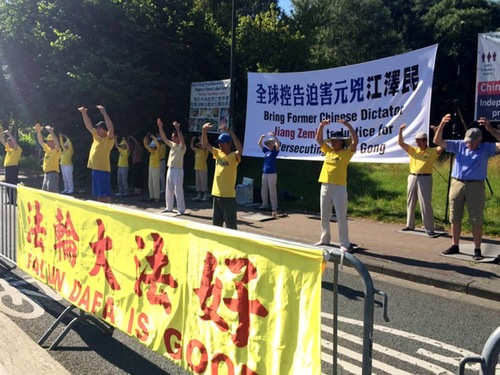 Various events were held in Dublin on July 16. Practitioners rallied in the city center, demonstrated the Falun Gong exercises, and put on torture reenactments to raise awareness of how practitioners are brutalized by the Chinese regime. 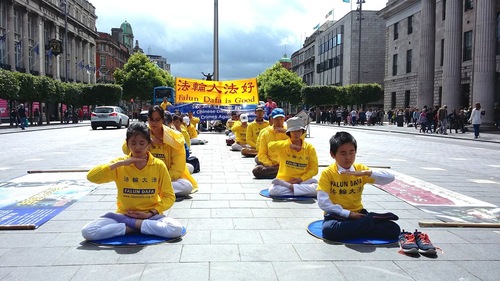 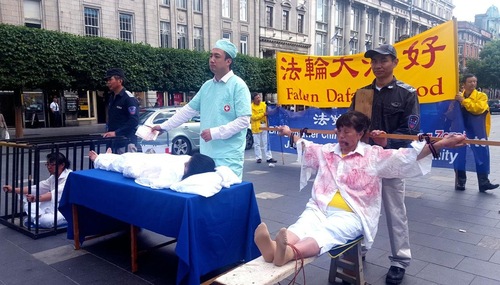 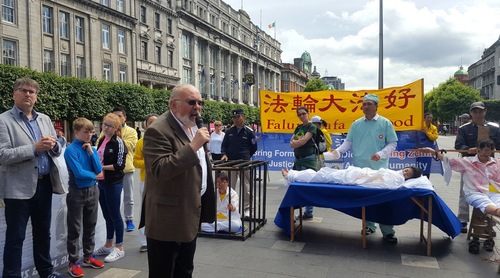 Senator Hon. David Norris spoke at the rally and condemned the communist regime in China for their killing of practitioners and trafficking their organs.

He also invited the public to sign the petition to support practitioners' efforts to stop the persecution and organ harvesting crimes in China.

“I have the greatest respect for Falun Gong, because its principles of 'Truthfulness-Compassion-Forbearance' is great, and the practitioners are amazing!” said Mr. Norris. 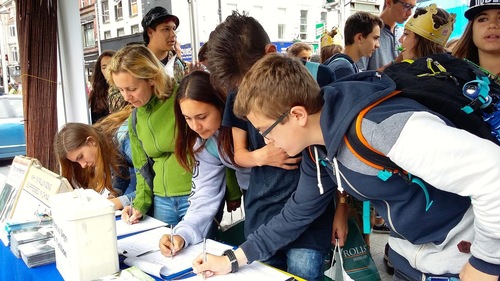 Crowds sign a petition calling to end the persecution of Falun Gong in China.