(Minghui.org) The Wanhao Hotel has been used as a brainwashing facility by security agents in Chenzhou City, Hunan Province starting on June 28, 2016. Nine Falun Gong practitioners have been illegally held on the third floor of the hotel. The agents tried to brainwash them and force them to write statements renouncing Falun Gong.

Mr. Lei Anxiang was arrested by a captain of the domestic security division on the morning of June 29, 2016 and taken to the hotel. Mr. Lei demanded to be released immediately when he arrived. The deputy head of Chenzhou City Party Committee said, “We will let you go if you write a guarantee statement not to practice Falun Gong.” Mr. Lei refused.

Mr. Lei sat with his legs crossed. Several agents yelled at him not to cross his legs. They kicked and hit him repeatedly. They threw him to the ground and kicked his legs, badly bruising them. 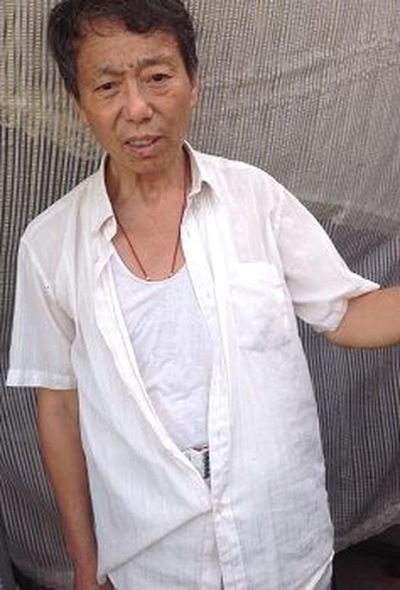 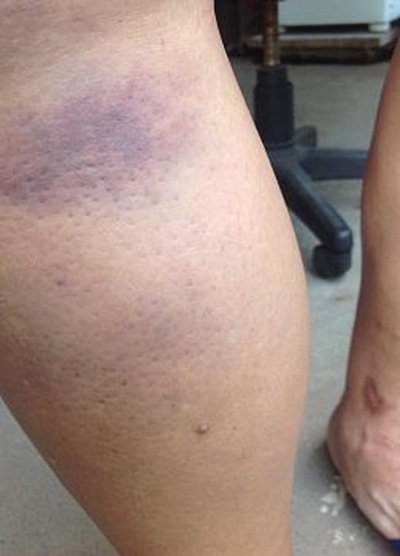 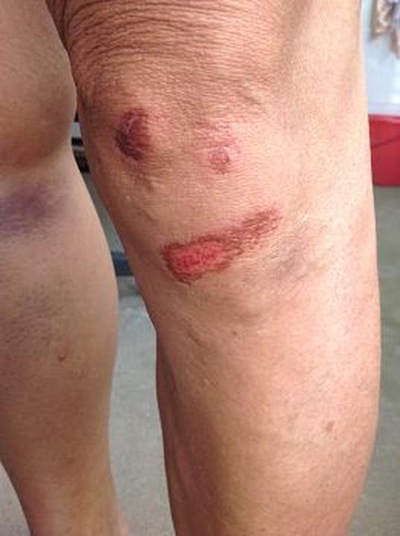 Mr. Lei's legs were injured by Chinese agents who had taken him to a hotel for brainwashing

Mr. Lei requested to go home. They grabbed his hands and forced his fingerprints onto the guarantee statement. Eventually, they summoned his family members to take him home.