Large Rally at the U.S. Capitol Calls for End of 17-Year-Long Persecution

(Minghui.org) “We demand that all jailed Falun Gong practitioners and other prisoners of conscience be released, and we call on China to immediately stop its inhuman and unethical practice of organ harvesting,” said Ileana Ros-Lehtinen, a senior U.S. Representative from Florida, at the rally in front of the Capitol on July 14.

Ever since Falun Gong was banned in China in 1999, Falun Gong practitioners from across the United States and around the world have gathered in Washington, DC, every July to raise awareness of the suppression by holding rallies and parades.

Twenty Members of the U.S. Congress came or sent letters to this year's rally, supporting Falun Gong's efforts to end the persecution in China. 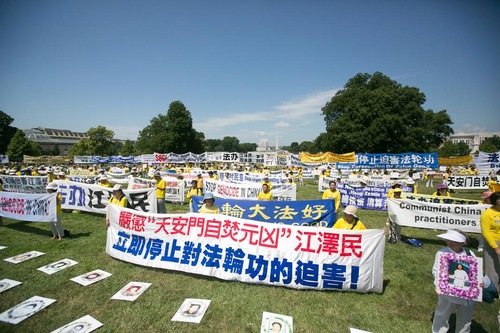 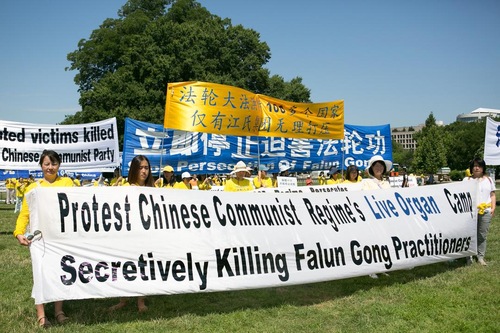 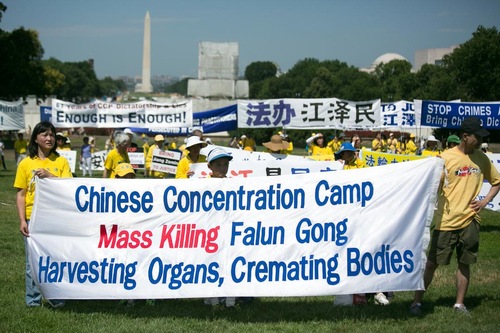 Falun Gong practitioners rally at the U.S. Capitol to oppose the 17-year-long persecution in China

Loud and Clear Message from Congress 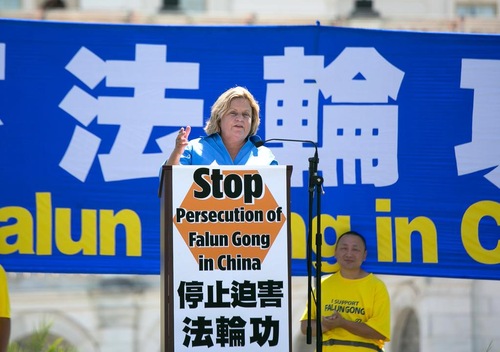 Ros-Lehtinen congratulated practitioners on the passage of H.Res.343, a resolution she introduced last June “Expressing concern regarding persistent and credible reports of systematic, state-sanctioned organ harvesting from non-consenting prisoners of conscience in the People's Republic of China, including from large numbers of Falun Gong practitioners and members of other religious and ethnic minority groups.”

She said that she looked forward to the day that everyone could celebrate freedom for all Falun Gong practitioners in China. 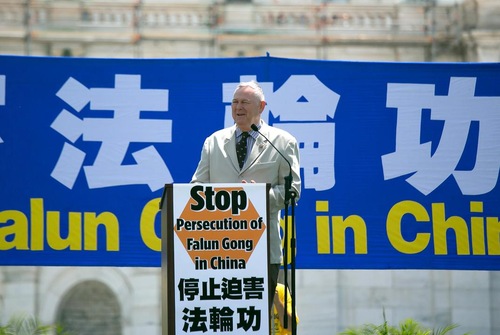 Dana Rohrabacher said Falun Gong practitioners are on the front line against evil.

Dana Rohrabacher, chair of the Foreign Affairs Subcommittee on Europe, Eurasia and Emerging Threats, thanked practitioners for helping to make a better world. “Falun Gong is on the front line against evil. Those of us in the world who want to make it a better world understand the evil forces that are at play. One of the worst evil forces at play are the Chinese Communists that still control mainland China.” 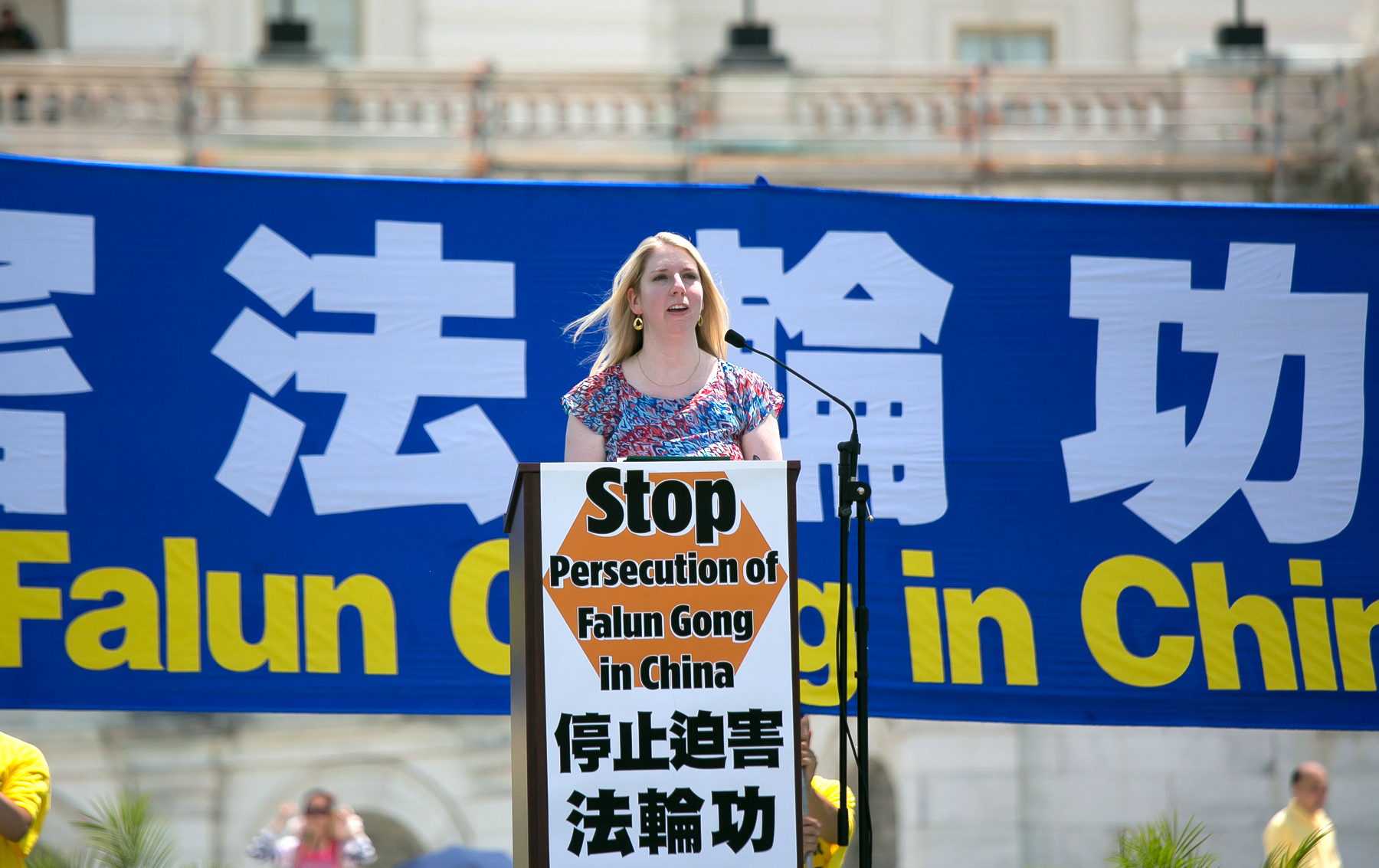 Tina Mufford from the U.S. Commission on International Religious Freedom

Tina Mufford from the U.S. Commission on International Religious Freedom (USCIRF) said, “We must all stand together and condemn, in the strongest terms possible, the outrageous abuse the Chinese government inflicts on its own citizens. These brutal practices include psychiatric and other medical experimentation, organ harvesting, sexual violence, and unspeakable acts of torture committed against thousands of Falun Gong practitioners and other prisoners of conscience.”

She said, "The Chinese government labels Falun Gong a cult, a designation that is both factually incorrect and inexcusably offensive." In addition, because China's criminal law was modified in 2015, this designation makes Falun Gong more susceptible to lengthier prison sentences, including up to life imprisonment.

“We hear you, we support you, and we stand with you, not just today, but every day,” she added. “No individual, no group, no government, not even the Chinese government, has the right to compel others to act against their conscience.”

“Seventeen Years Is a Long Time, But You Did Not Give up” 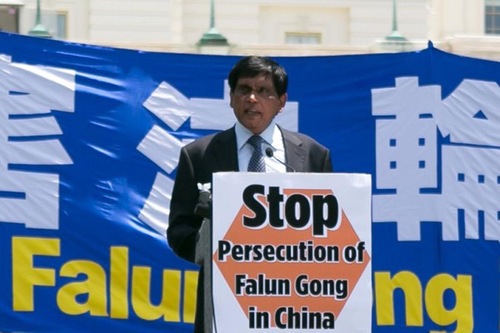 Dr. T. Kumar, International Advocacy Director of Amnesty International USA, said the next president should bring this issue to the forefront.

Dr. T. Kumar, International Advocacy Director of Amnesty International USA, was impressed by practitioners' determination. “Seventeen years is a long time, but you did not give up. We have been monitoring, documenting, and campaigning to end abuses against Falun Gong practitioners in China. So we are here today to refocus again on the abuses and to tell the US administration and the Chinese administration: This can't go on.”

"Whoever becomes the next president also should take the lead in bringing this issue to the forefront.” 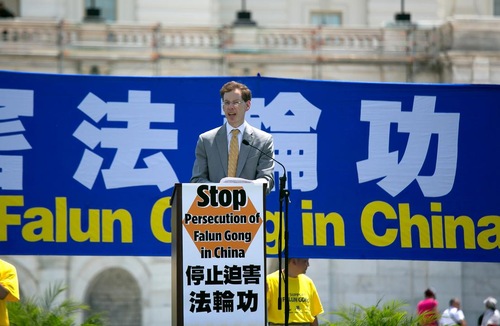 President of Freedom House Mark Lagon said the 610 Office was established in China to coordinate the persecution of Falun Gong.

Mark Lagon, president of Freedom House, said the 610 Office was established in China in 1999 for the express purpose of coordinating the persecution of Falun Gong. “Branches of that office continue to function throughout the country, taking steps ranging from extensive surveillance to arrest to propaganda campaigns that aim to vilify and dehumanize Falun Gong practitioners in the eyes of their fellow citizens.”

He said Falun Gong practitioners have been subjected to sexual abuse, shocks with electric batons, and devious other methods of torture and that many became victims of forced organ harvesting.

“One Transplant Equals One Death” 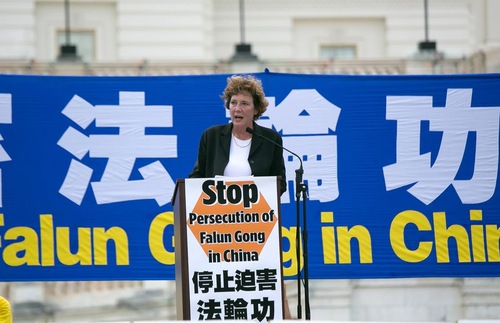 Suzanne Scholte, president of the Defense Forum Foundation, said a large number of Falun Gong practitioners were killed for their organs.

Several speakers mentioned the recent update on forced organ harvesting from David Kilgour, David Matas, and Ethan Gutmann. Suzanne Scholte, president of the Defense Forum Foundation, said the document reveals that Chinese hospitals across China have transplanted between 60,000 and 100,000 organs every year since 2000.”

She said it is clear that many deaths were caused by these transplants, “but we are horrified to learn that, according to the Chinese doctors involved in these practices, in the majority of the cases, one transplant equals one death.” 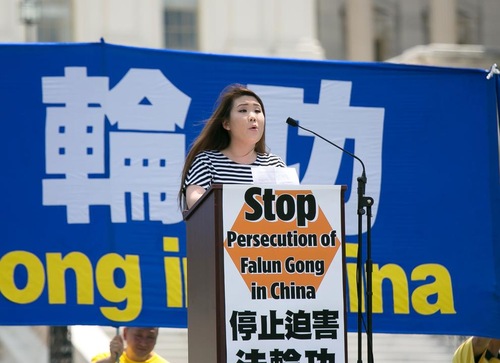 Although the Chinese government announced there are about 10,000 transplants per year, Michelle Hong from Jubilee Campaign USA noted, “However, according to Matas, this number is easily surpassed just by looking at a few of the biggest hospitals.” 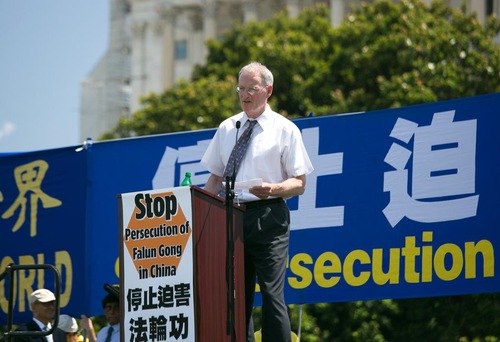 David Cleveland from Catholic Charities of Washington gave one example: “In China, you can make an appointment: August 12 at 2 o'clock, for example. You can schedule your transplant surgery.” However, within 24 hours before the appointment, someone will be killed and their organs taken away.

According to Lagon, Freedom House has observed that, while the 610 Office continues to carry out the persecution across China, people’s hearts are changing. “After years of international advocacy and Falun Gong adherents’ own public education efforts inside China, there are a growing number of local-level security officers who are choosing to protect practitioners, avoid arresting them, or detain and then quickly release them.

“Even in a system like China’s and with a campaign as fierce as the anti-Falun Gong one, people throughout the system are making choices. Anything the U.S. can do to encourage officials not to participate in arresting, monitoring, or imprisoning Falun Gong practitioners will have a direct impact on saving innocent lives,” he added. 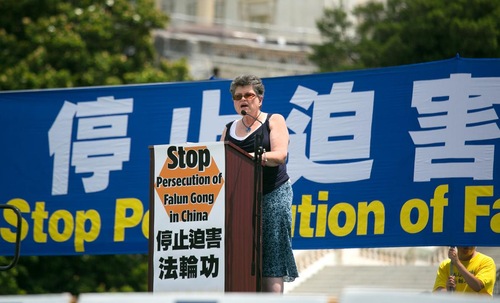 Faith McDonnell has been supporting Falun Gong practitioners for 11 years.

Faith McDonnell, Director for Religious Liberty Programs at the Institute on Religion and Democracy, was glad to hear more than 200 million Chinese have announced their resignations from the communist regime. She and her organization began to support Falun Gong practitioners 11 years ago in 2005, and will continue to do so.

Letters of Support from Legislators 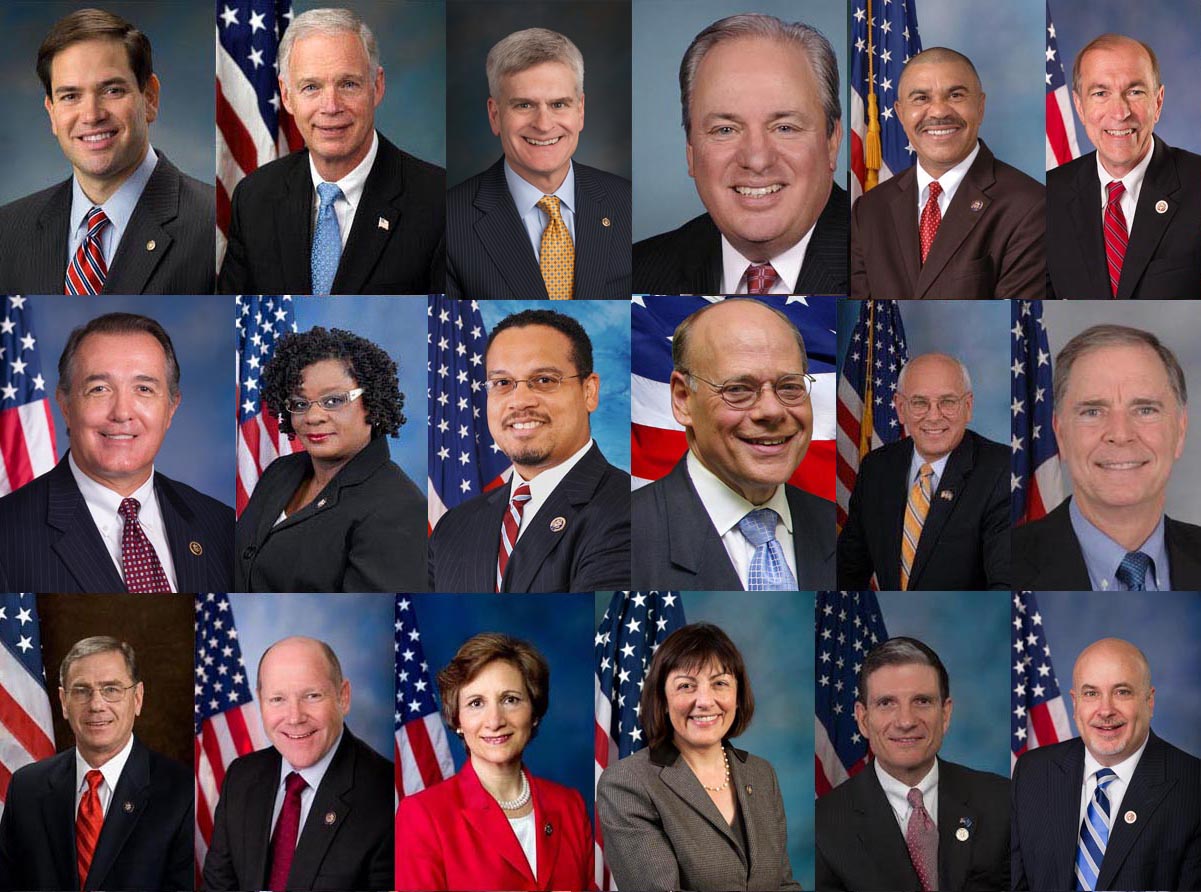 Many Members of the Congress wrote letters to support Falun Gong.

Members of the Congress who could not attend the rally due to the voting schedule on the last day before the summer recess wrote letters to show their support for Falun Gong.

Senator and Presidential Candidate Marco Rubio wrote that he was well informed about the persecution in China, especially from the recent hearing in which survivors from Masanjia Forced Labor Camp recounted the horrible methods of torture they had been subjected to.

Senator Bill Cassidy of Louisiana, a member of the Senate Human Rights Caucus, wrote: “I was happy to see the passage of H.Res. 343, which called on the Chinese to stop the practice of organ harvesting and demands an end to the persecution of Falun Gong... Now more than ever, members of the Chinese Communist Party must allow transparency and independent investigations into the unethical practice of forced organ harvesting.”

“Large Rally at the U.S. Capitol Calls for End of 17-Year-Long Persecution”