(Minghui.org) A forum on “Human Rights Atrocities in China—Bringing Perpetrators to Justice” was held at the Rayburn House Office Building on May 26, 2016. Ten Falun Gong practitioners recounted the tortures they endured, and submitted the names of over 200 perpetrators to the U.S. Government, requesting further investigations and justice.

Former dictator Jiang Zemin, the person who initiated the persecution, was one of the Chinese Communist Party officials and police officers named. All information on the perpetrators originated from the Minghui.org website. 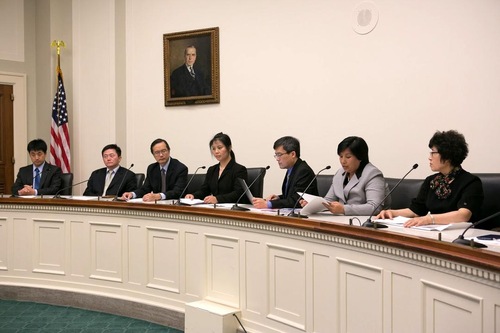 Speakers at the “Human Rights Atrocities in China—Bringing Perpetrators to Justice” forum, which was held in the Rayburn House Office Building on May 26, 2016. 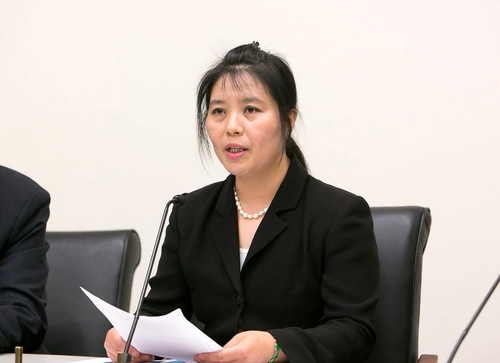 The “death bed” is one of the many torture devices used by the Chinese Communist Party police on prisoners of conscience, especially Falun Gong practitioners. The victim is tied to a metal bed and not allowed to move for a long period of time. Other types of torture, such as forced-feeding, are employed at the same time.

“They [guards in Heizuizi Forced Labor Camp] tied my limbs to a metal bed and inserted a rubber tube into my stomach to force-feed me. They pushed and pulled the rubber tube to inflict pain. I vomited the salty corn paste along with blood all over the place. They laughed. I noticed that one of them was taking pictures,” said Ms. Ma Chunmei from northeastern China, a “death bed” survivor who described one of the ways she was tortured in November 1999. She was a United Nations refugee, and resettled in the U.S. in September 2009.

Ms. Ma was handcuffed to an upper bunkbed in 2000 after she protested in the labor camp cafeteria that she was being tortured. She was suspended with her feet off the ground, so that her arms and handcuffed wrists bore her entire weight. She vomited and fainted.

“After I regained consciousness, I realized that the guards had cuffed my outstretched limbs onto a metal bed. I was restrained in that position for three days and nights without any food or water. I couldn't move after being released from the death bed.”

Ms. Ma submitted a list of 79 perpetrators who were responsible for her suffering in a persecution aimed at coercing citizens to abandon their beliefs. 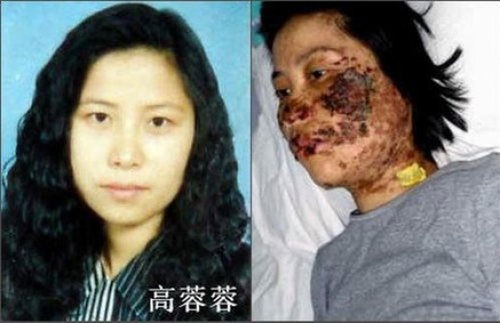 Ms. Gao Weiwei, her elder sister, said at the forum, “Rongrong was detained in secrecy during the final three months of her life. We don't know how much she suffered. The grief in our family never ends.”

The 610 Office, a Party-based security agency in charge of persecuting Falun Gong, and local police continued to harass the family after Gao Rongrong's death. Her elder brother, once a senior editor of a newspaper, has been forced to leave home and move frequently to avoid harassment.

Ms. Gao Weiwei, along with her father and another younger sister, made it to the United States in May 2014. She submitted a list of 88 names of people who were personally responsible for the death of her younger sister, Gao Rongrong. 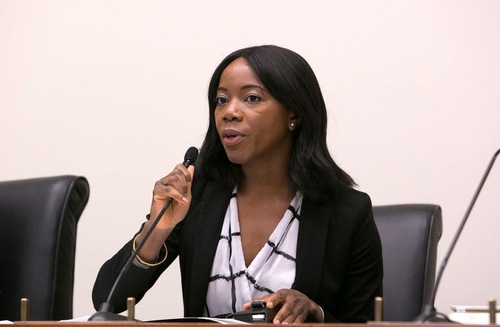 “I will continue to work with my colleagues on various legislative initiatives, urging the government of China to end abuses perpetrated upon the Falun Gong practitioners, and embark on a path towards peace, harmony, and inclusion of all persons in China.” 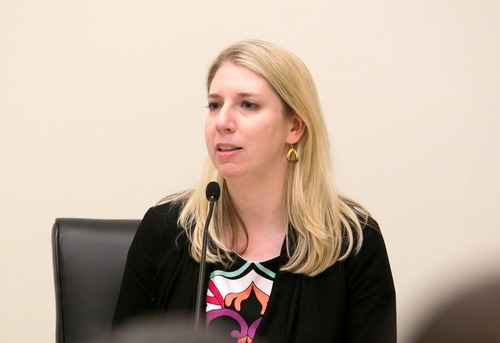 “The stories of your bravery, your courage, your perseverance, and survival is truly inspiring,” said Ms. Tina Mufford, policy analyst, East Asia-Pacific at USCIRF. She called the persecution “horrific, stark, and mind-boggling.”

“Your testimonies here today are so important to let the world know what's happening in your country, what religious violations really mean, how they have destroyed so many lives, and how you still survive in the face of all that you have experienced.” 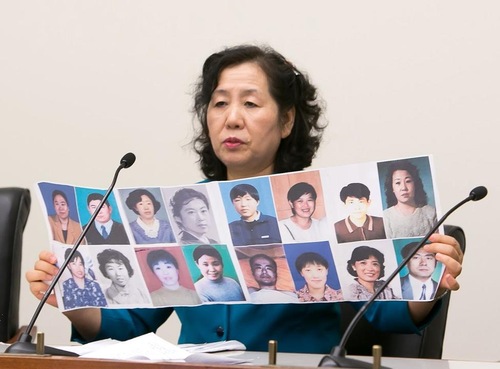 Ms. Wang Chunyan displays photos of her friends who were tortured to death because they refused to abandon their belief in Falun Gong. 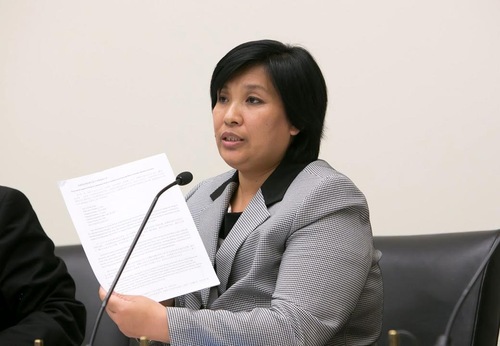 Ms. Yin Liping was gang-raped in the notorious Masanjia Forced Labor Camp. She submitted the names of 42 perpetrators.