(Minghui.org) May 13 is the 24th anniversary of Falun Dafa public introduction and the birthday of Falun Dafa founder Master Li. Falun Gong (also known as Falun Dafa) practitioners gathered on the National Mall in Washington DC and demonstrated the exercises on May 8, 2016. Young practitioners from the Minghui School performed traditional Chinese dance, a lion dance, and music for the occasion. 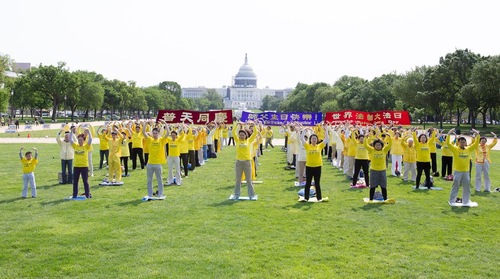 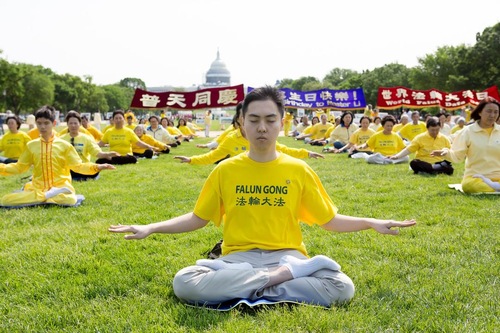 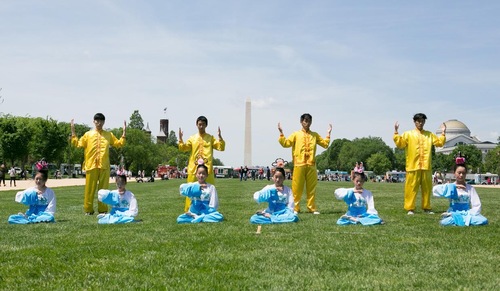 Falun Gong practitioners gather for the exercises on the National Mall in Washington DC on May 8, 2016 to mark the 24th anniversary of Falun Dafa's public introduction. 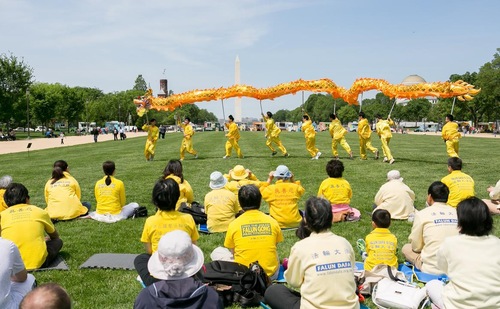 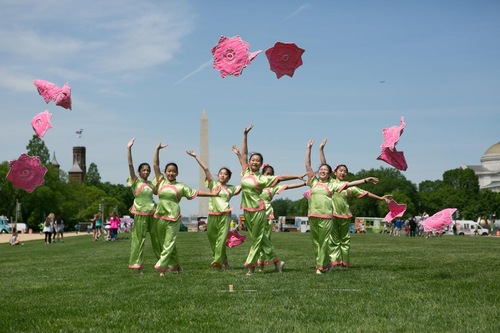 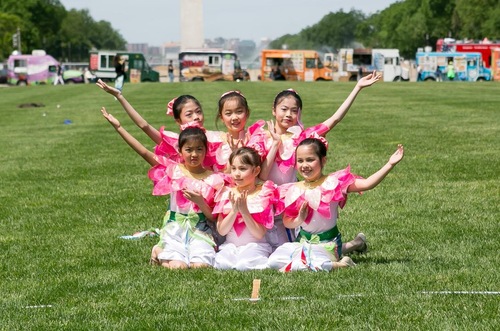 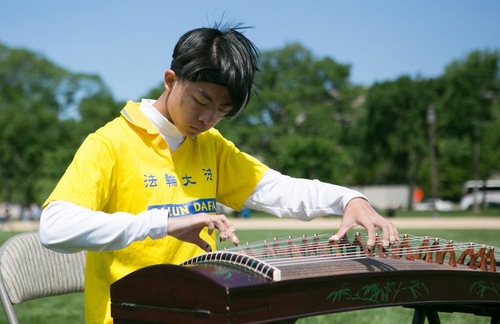 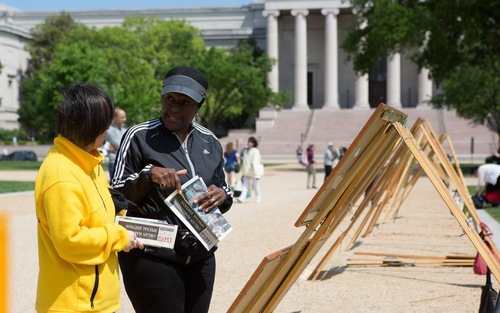 Photos depicting the history of Falun Dafa were displayed beside the practice site. 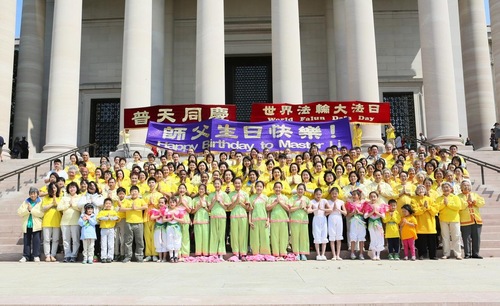 Group photo of practitioners at the celebration of World Falun Dafa Day on the National Mall in Washington DC. 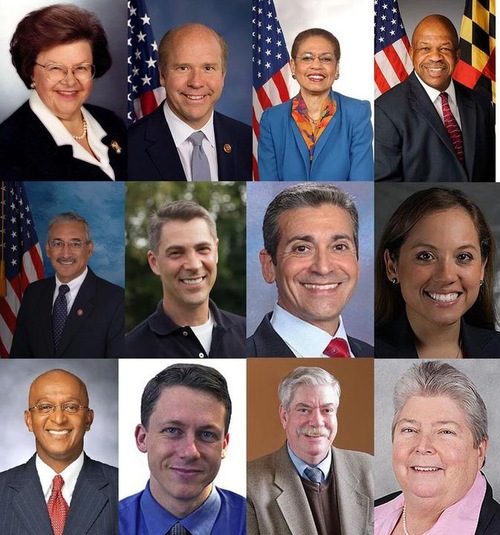 US Senator Barbara Mikulski from Maryland issued a certificate to the Falun Dafa Association of Washington DC, which read, “On the occasion of World Falun Dafa Day, in recognition of celebrating the work of your founder, Master Li Hongzhi, whose principles of peace, truthfulness, compassion, forbearance and spirituality are the foundation of Falun Dafa.”

US Congresswoman Eleanor Holmes Norton from Washington DC stated in her greeting letter, “Falun Dafa Day celebrates Falun Dafa, the spiritual discipline based on Truthfulness, Compassion and Tolerance. The Falun Gong has significant positive effects on stress-relief and overall health. World Falun Dafa Day not only marks a day of unity and peace within the District of Columbia but the entire world.”

US Congressman Elijah E. Cummings from Maryland stated in his letter, “World Falun Dafa Day celebrates the spiritual discipline of Falun Dafa which focuses on the importance of meditation and the principles of truthfulness, compassion and tolerance. These are values that encourage a more peaceful society.”

Baltimore City Council passed Resolution 6246 to express its sincerest congratulations to Falun Dafa Day and Master Li Hongzhi. It states, “In recognition of teaching the highest qualities of the universe: Truthfulness, Compassion, Forbearance, and the peaceful yet courageous and resilient protest against persecution.”

President Bernard C. “Jack” Young of the Baltimore City Council issued a President's Citation in honor of World Falun Dafa Day. It stated, “In recognition of Mr. Li Hongzhi, the founder of Falun Dafa, who has led a spiritual movement for 100 million practitioners and raised the moral standard wherever it is practiced.”