(Minghui.org) “One of the purposes of my Hong Kong trip was to learn the truth about Falun Gong,” Mr. Du from Henan province, mainland China, said as watching Falun Gong's grand march on April 24 in Hong Kong.

“I am lucky to see this grand march on the first day of my Hong Kong trip,” said Mr. Du, “I followed them and videotaped all the way from the beginning to the end. I will show the video to my friends in China.”

The three-hour long grand march, held in North Point, was in support of the 230 million Chinese people who quit the communist party and its associated organizations and commemorate the 17th Anniversary of the April 25 Peaceful Protest. 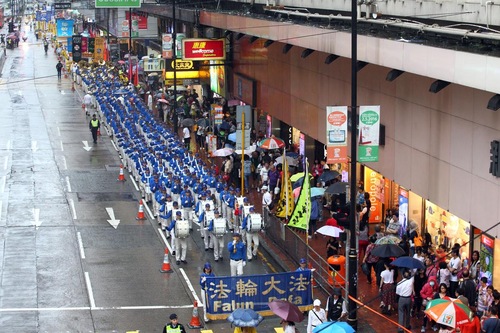 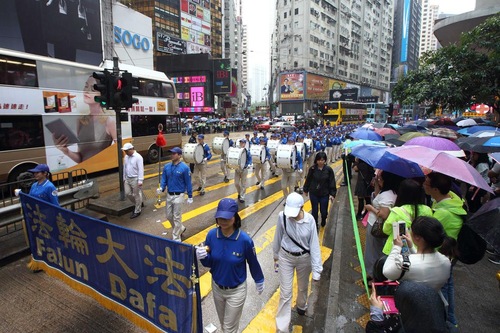 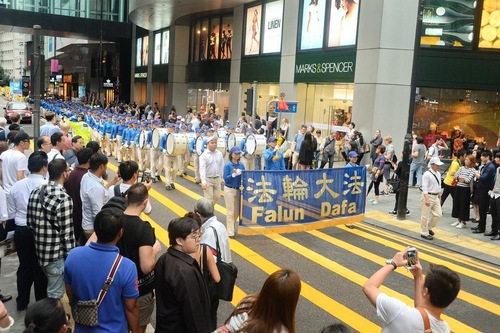 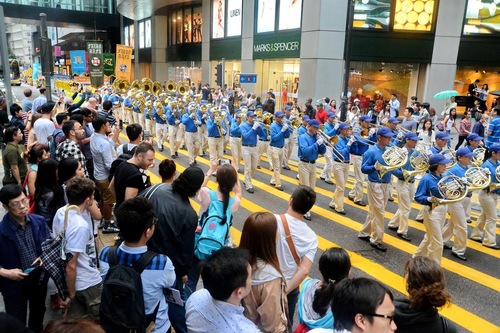 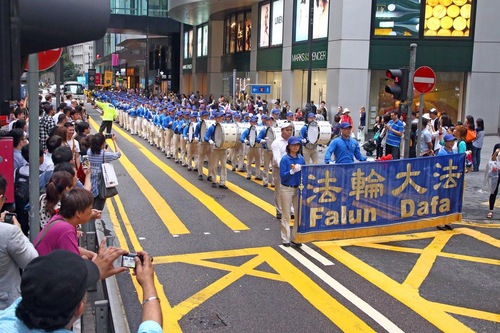 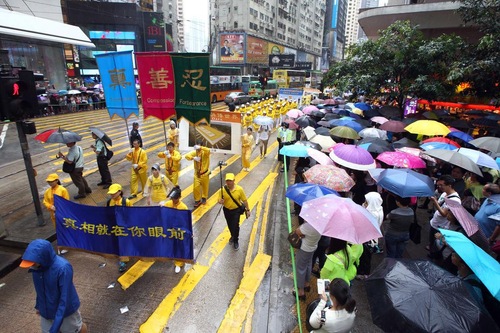 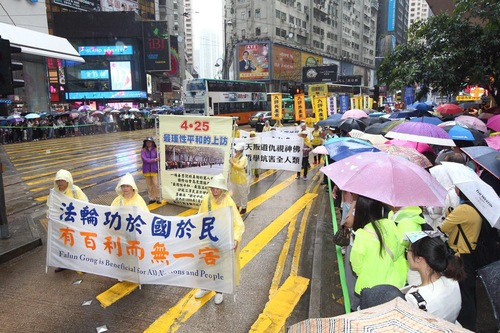 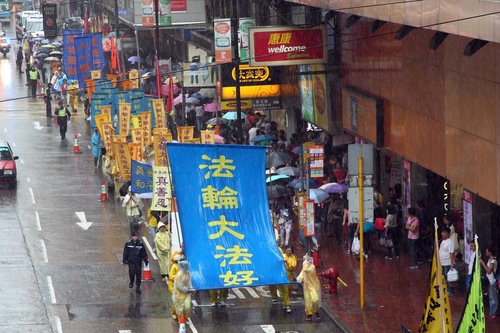 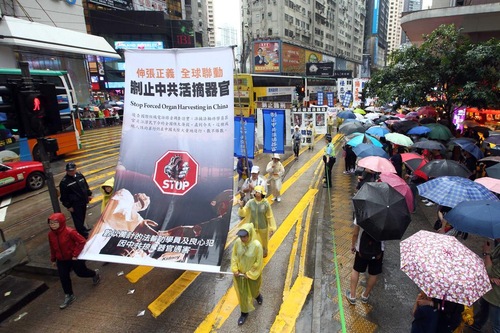 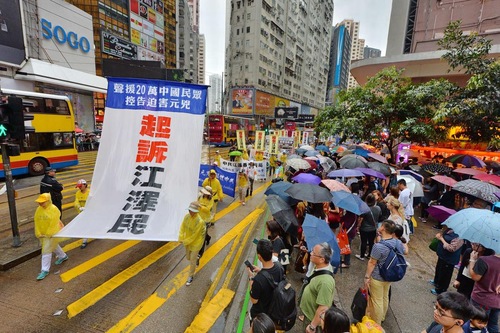 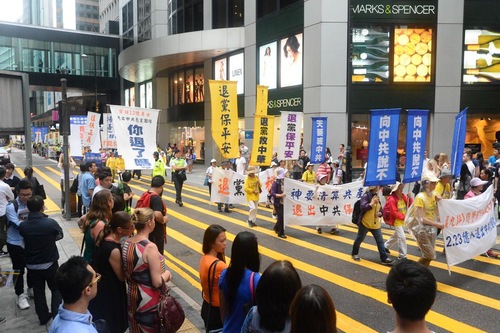 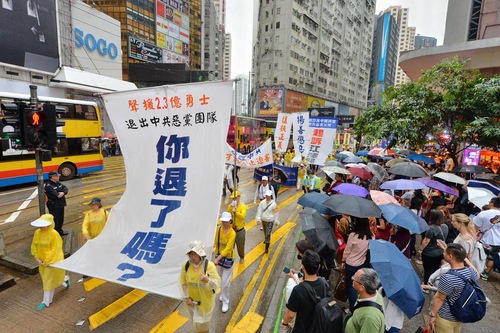 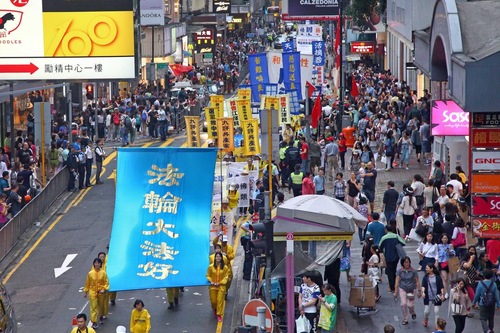 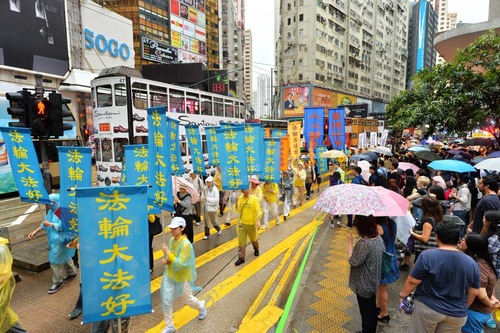 Mr. Du had heard about the April 25 protest in 1999. “I don't believe the Chinese government's propaganda. Falun Gong's protest in 1999 was peaceful.”

Many Chinese tourists watched the march. Ms. Huang from Shenzhen has been to Hong Kong many times, yet it was her first time to see a Falun Gong march. “I am so lucky,” she kept saying as taking pictures of the march, “I strongly support Falun Gong to fight for their freedom of belief.”

Mr. Chen and his friends from Fujian province were shocked when they read the banners in the march. “Organ harvesting! It is too brutal,” Mr. Chen said. He envies the freedom that people enjoy in Hong Kong. “It is very different in China. It is great that people can have freedom of belief in Hong Kong.”

Mr. To, 70, from Hong Kong, warmly applauded Falun Gong. “I am not a practitioner, but I strongly support Falun Gong's peaceful resistance, because I know clearly how evil the communist party is,” he said.

“The Party lies about everything, and has brought countless disasters to Chinese people,” Mr. To said, “I hope that every Chinese would recognize the evil nature of the party. Only if so, China will have hope.”

“People Are Blessed After They Quit the CCP”