(Minghui.org) Falun Gong practitioner Ms. Hao Qiujing, 45, from Dalian City, Liaoning Province, was arrested in 2012 for refusing to give up Falun Gong. She was taken to a forced labor camp and tortured.

She filed a lawsuit in September 2015, charging Jiang Zemin, the former Chinese dictator, with launching the persecution of Falun Gong.

When I dropped off my child at school on July 6, 2012, a police officer opened my car door, pulled me out, and snatched my car key. Then, two other officers put handcuffs on me while punching and kicking me. They held me down, kicked me some more, and then pushed me into their car.

They then ransacked my apartment and confiscated jewelry, a computer, a cell phone, and my books, among other personal items.

I was held in a small cell with 20 inmates at the detention center. I was given one year of forced labor and held in Masanjia Women’s Forced Labor Camp in Liaoning Province.

In Masanjia Women’s Forced Labor Camp, I was forced to get up at 5:00 a.m. The guards then had me sit on a small stool for a long time. Guards assigned prisoners to monitor me and make sure that I did not move my legs or close my eyes.

Practitioners were prohibited from talking to one another or even using gestures to communicate. The guards moved us to different cells daily.

Prisoners were given a reduced sentence if they tortured practitioners.

Donggang is the area in Masanjia where they torture practitioners in an effort to have us give up our belief in Falun Gong. They used different torture methods, including stretching, handcuffing, shocking with an electric baton, beatings, sleep deprivation, and denial of visitation rights.

Because I refused to renounce my faith, I was tortured in the Donggang area. Guards tied my hands to a heating pipe for hours. They tightened the handcuffs, which resulted in injuries.

Once when I was locked up with another practitioner in a cell, prisoners monitored us and had to report on us to the guards. There were surveillance cameras inside the cell, bathroom, and the hallways.

I was forced to squat inside a small basket from 4:00 a.m. until midnight or later. During that time I was deprived of sleep. My meal was a steamed bun with a half bowl of thin soup. They put small stones into the steamed bun, which I was forced to swallow.

The walls and floor were covered with anti-Falun Gong posters. Guards verbally abused me and threatened me with torture.

After I had gone through 11 days of torture and remained steadfast in my faith, the guards hung me up, with my arms stretched as far as they would go and tied to the opposite sides of the upper bunk bed. My two feet were tied.

They put my fingerprint on a statement that said that I would give up Falun Gong. When they talked to other practitioners, they claimed that I had been “transformed.” 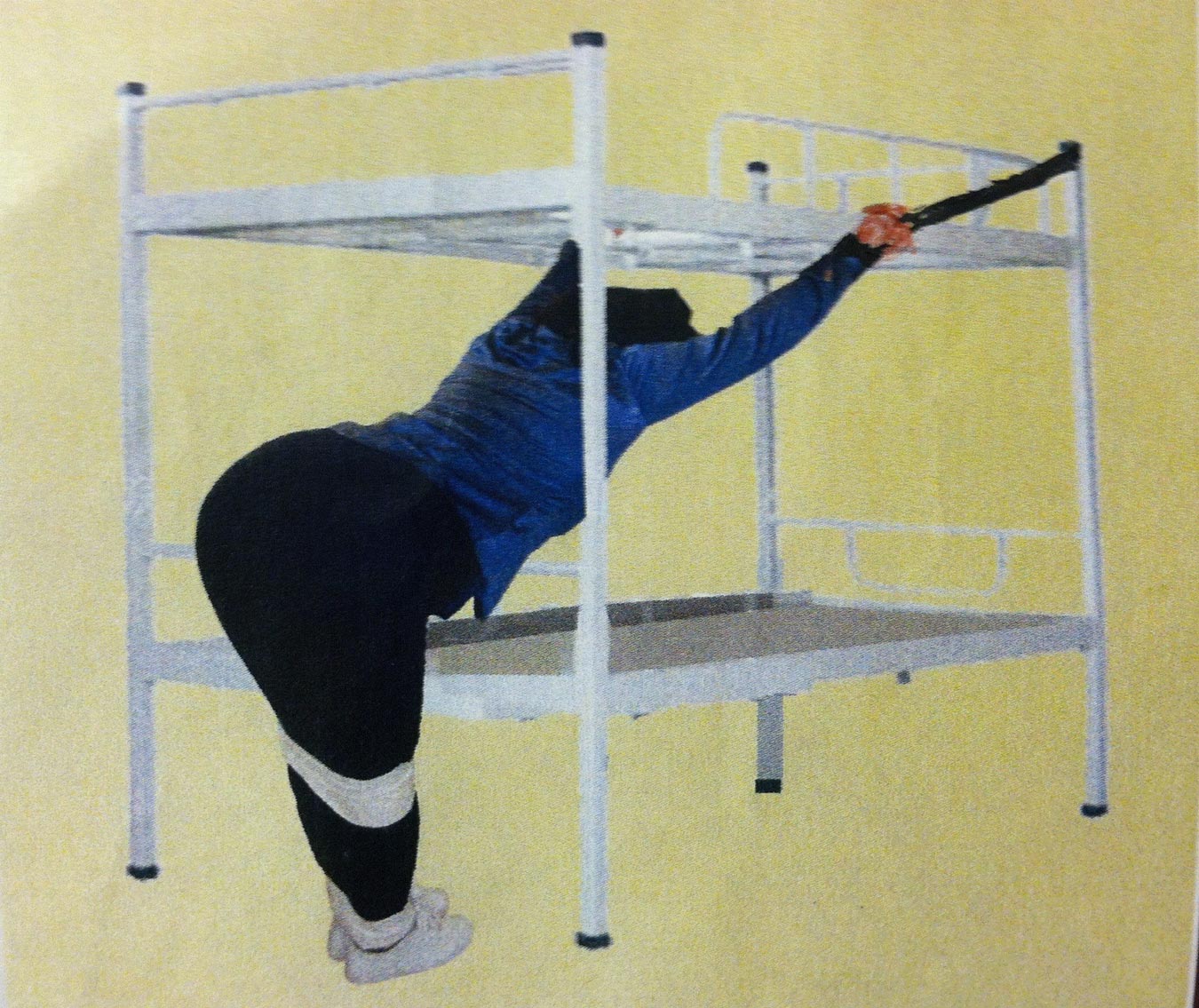 The guards also tied my hands to two bunk beds with one hand tied to the upper bed rail on one side, and the other to the lower bed rail on the opposite side. 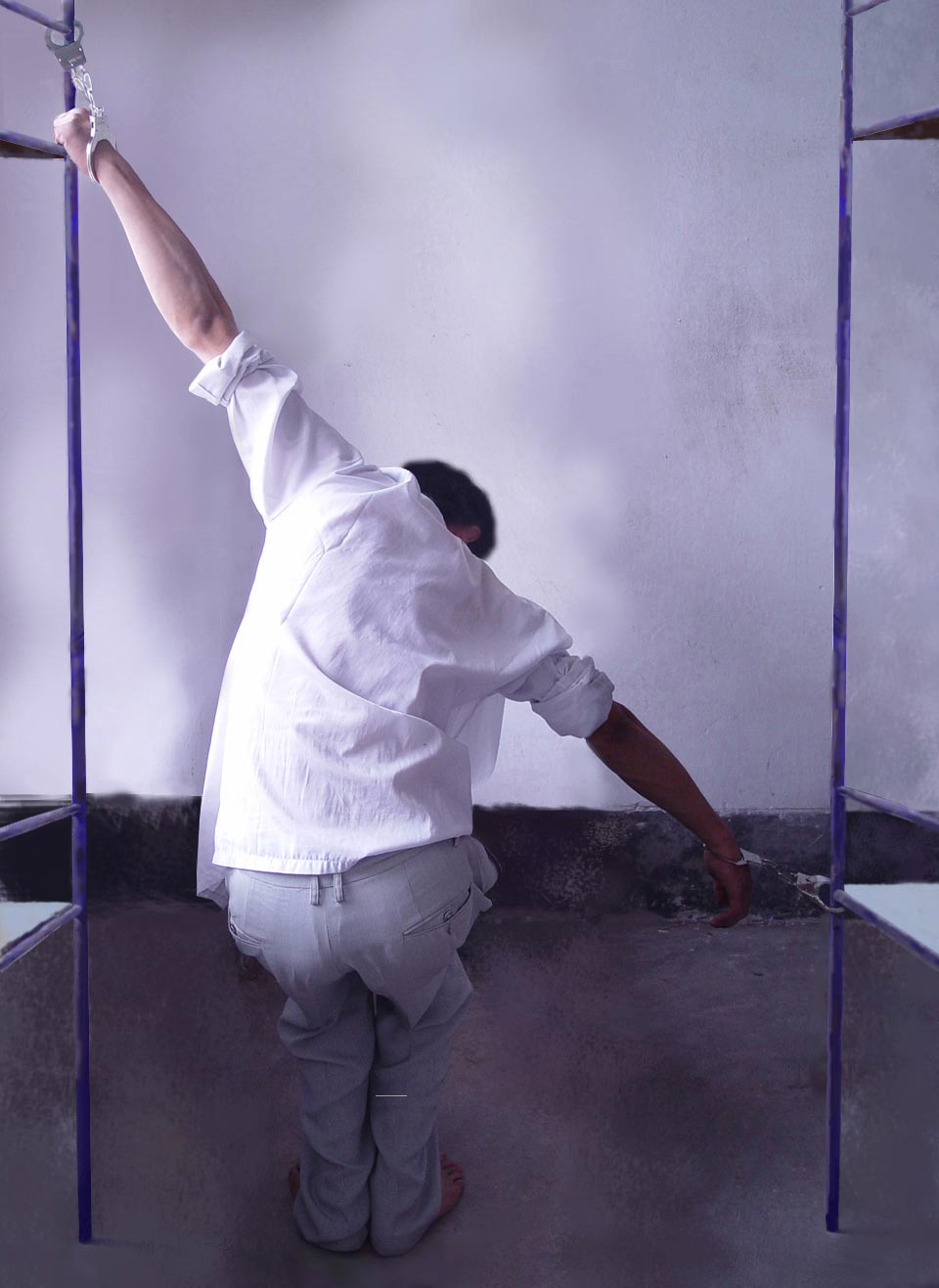 During this torture, they showed videos that slandered Falun Gong, and I had to listen to loud, harsh music. I also heard prisoners screaming in pain. When I told the guards to stop torturing me, they punched and kicked me while swearing at me.

“The Significance of Diligent Cultivation”