Phoenix: Forum on Organ Harvesting in China Held at University of Arizona College of Medicine

(Minghui.org) The University of Arizona College of Medicine in Phoenix hosted a forum in the evening on April 15, 2016, with a theme of “What is organ harvesting and its impact in the United States.” Mr. David Matas, renowned international human rights lawyer attended the event, as did a representative from Doctors Against Forced Organ Harvesting (DAFOH). 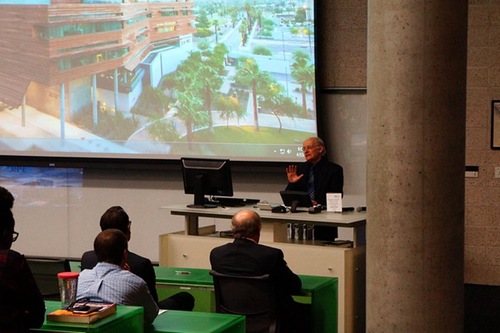 David Matas spoke at the forum.

Dr. Gilcrease, an oncologist and professor at the University of Utah Medical school in Salt Lake City, also spoke to the forum. Dr. Gilcrease is a member of DAFOH, and spoke in detail about the evidence suggesting widespread forced organ harvesting from living Falun Gong practitioners in China.

Mr. Winston Liu, a graduate from Tsinghua University in China who now lives in Phoenix, was on hand to relate his own personal experiences of persecution.

Mr. Matas proposed a resolution that would be presented to the State of Arizona to help end the atrocities in China. For example, U.S. doctors cannot directly recommend patients for organ transplants in China, and they cannot provide patient information to Chinese organ transplant agencies. The resolution also specified consequences for those who violated such policies.

When teaching Chinese students on organ transplantation techniques, he said, U.S. professors should be aware where these medical procedures will be applied. This is because many such students could become transplant surgeons, and if they became involved in organ harvesting, their crimes would be “too vicious.” 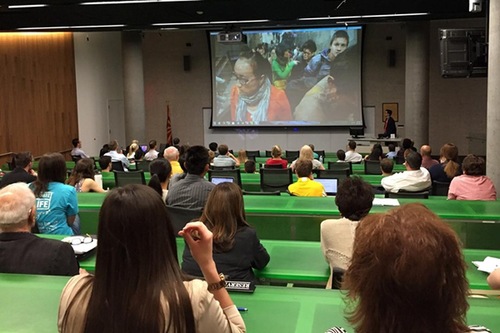 Many people were shocked by the brutality in China.

Dr. Gilcrease gave an example of this in response to an Arizona medical professor who attended the forum. The professor was terrified to learn of the reality of organ harvesting in China, “Gosh! I have provided training to six people from China on corneal transplants.” He agreed that more U.S. medical professionals should take action.

In the resolution proposed by DAFOH, medical institutions and instructors would be required to remind Chinese trainees or give warnings regarding the crimes of live organ harvesting in China. Any involvement by the trainees would void their training or degrees obtained overseas, followed by legal consequences.

Many people who came to the forum were shocked by the severe persecution in China. One family bought many books and audiovisual materials from the booth. They said they would read further and tell others about it.

Students and faculty members continued discussing the topic during the reception following the forums. One student studying in an MD program said he was disturbed by the harsh facts in China, “I have kept thinking how to help these innocent people [Falun Gong practitioners].”

Another student, who is from China, said he did not know of this brutality in the past. He was thankful for efforts by Falun Gong practitioners to raise awareness, and said he would share the information with his family when he calls them.

“Vanquishing Egoism and Attaining a State of Compassion”