(Minghui.org) China is a big country, about 3,400 miles from north to south, and something is showing up all over China.

From Harbin City in northern China to Dali City in the south, posters were seen during the recent holiday season. They shared the benefits of Falun Dafa and its principles of Truthfulness-Compassion-Forbearance, raised awareness of the persecution, and urged people to bring Jiang Zemin to justice for persecuting Falun Dafa.

At least 200,000 criminal complaints have been filed since last May against Jiang, who started to suppress Falun Dafa in 1999. 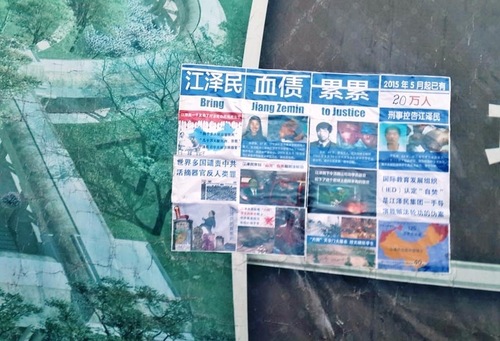 Poster in Harbin City exposed brutality against practitioners in China 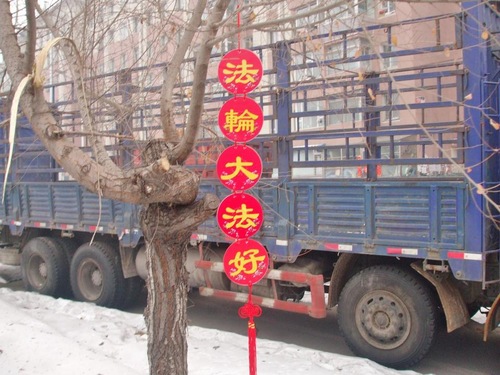 “Falun Dafa is good,” by a road in Jilin Province 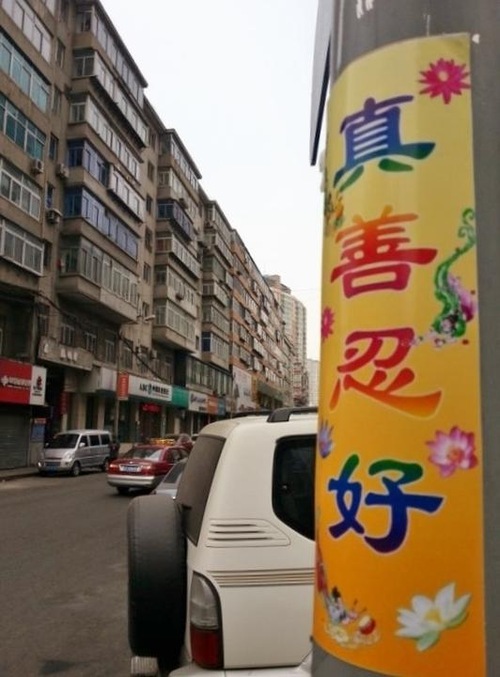 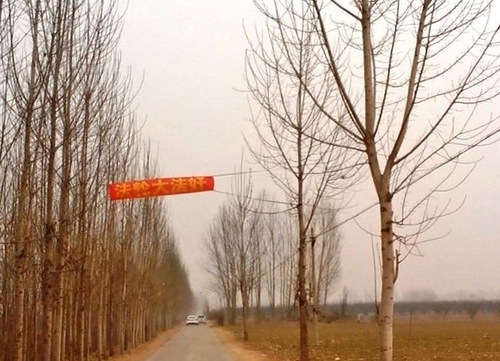 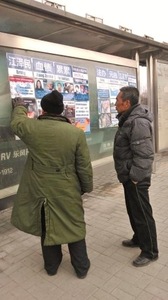 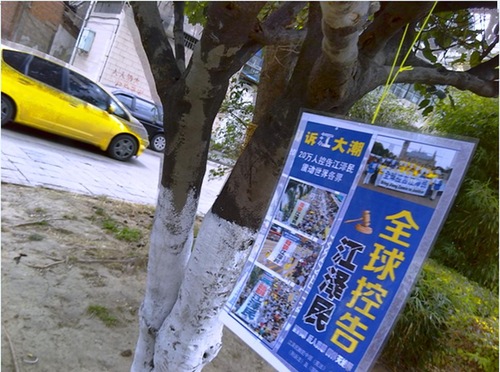 Poster on lawsuits against Jiang in Dali City, Yunnan Province 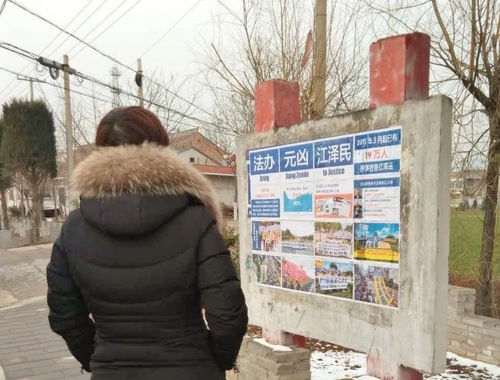