(Minghui.org) Today's news from China includes incidents of persecution that took place in 6 cities or counties in 5 provinces. According to this report, 3 Falun Gong practitioners were subjected to mistreatment during their detention, and at least 7 were illegally arrested. 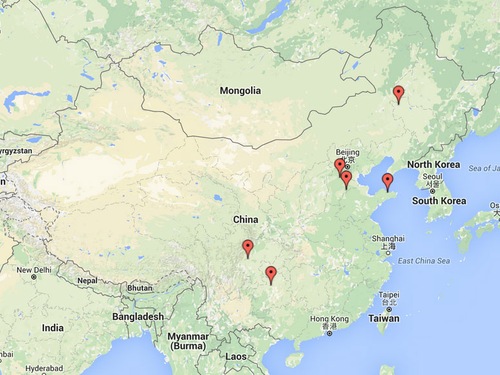 Ms. He Tianfen was reported for distributing Falun Gong informational materials in the afternoon on February 3, 2016. She was arrested.

Ms. Zhang Xiuqin from Tangyuan Town, Pi County, was arrested for distributing Falun Gong informational materials on January 22, 2016. She was released that day.

Ms. Ren Shurong was arrested at home in early February 2016. She was sentenced to three years in prison and was taken to the Changchun Women's Prison.

Ms. Zhai Sanhong and Ms. Xia Guiting from Mancheng County were arrested by officers from the Shenxing Town Police Station in Mancheng County for distributing Falun Gong informational materials in Xiyu Village, Shenxing Town, on the evening of February 7, 2016. Both practitioners were taken to the police station. They were transferred to the Mancheng County Detention Center the following day.

““You Should Sue Him!”--Police Pressure Over Lawsuits against Jiang Zemin Has Reverse Effect”

“The Consequences of Playing a Prank”