(Minghui.org) A 76-year-old woman from Liquan County, Shaanxi Province recently passed away after being in a coma for five months.

Ms. Chen Shuxian was illegally arrested on April 24, 2011 for refusing to give up her faith in Falun Gong, a spiritual discipline being persecuted by the Chinese communist regime.

She suffered a fractured spine as a result of beatings during police interrogation and lost consciousness several times. By the time she was released, she was paralyzed and unable to care for herself.

She fought for her life over the course of the next few years, only to slip into a coma last September, and died on February 1 of this year. 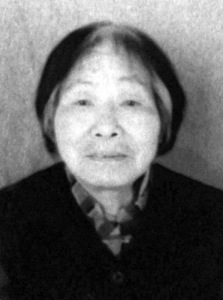 Ms. Chen before the persecution 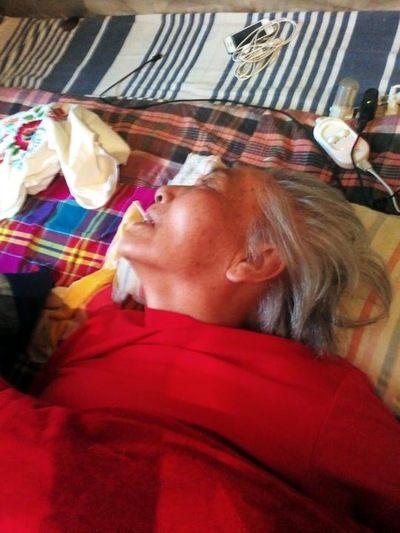 Ms. Chen in a coma

Ms. Chen used to suffer from migraines, high blood pressure, and various other maladies, but her ailments disappeared just one week after she began practicing Falun Gong in April 1997.

She never shied away from telling people how the practice gave her a second chance at a healthy life, or wavered in her faith after the persecution began in July 1999.

Ms. Chen was first arrested in June 2000 when she went to Beijing to appeal for justice for Falun Gong. She was taken back to her hometown and thrown into Xianyang Prison, even though she was never tried or officially given a prison sentence. While imprisoned, she was often forced to stay in a fixed position (either standing, squatting, or sitting) for long periods of time. On top of that, she was only given meager amounts of food to eat.

Ms. Chen was arrested again in January 2001 and sent to Fangxincun Women's Labor Camp after being kept at a detention center for 15 days. She was forced to work without pay for 16 hours a day. Because she was denied restroom use, she often had to relieve herself in her pants. While Ms. Chen was held in the labor camp, the local police often went to harass her children at home and work.

A group of officers descended upon Ms. Chen's home in July 2002. When she refused to be taken away, the police grabbed her and dragged her along a muddy road. For the next three days, the police interrogated her with torture and gave her nothing to eat or drink. She soon became disoriented, and passed out several times. Her son could hardly recognize her when he came to visit her.

Ms. Chen was arrested a fourth time on June 30, 2008, and given one year of forced labor after she was tortured at a drug rehabilitation center for 16 days. Shaanxi Women's Labor Camp initially declined to accept her, citing her health condition, but police chief Chen Hua used his connections to get her admitted.

She was forced to work for more than 14 hours per day. The guards often verbally and physically abused her. They also forced her to take unknown pills and injected her with unknown drugs. As a result, her blood pressure shot up to 200. Only then did the labor camp release her on medical parole, but not before forcing her family to pay 20,000 yuan.

Ms. Chen's last arrest took place in April 2011. She was tortured so badly that she was never able to recover from her injuries. She fell into a coma last September and died five months later.