(Minghui.org) Since May 2015, more than 200,000 criminal complaints have been filed against former Chinese leader Jiang Zemin, who ordered the violent persecution of Falun Gong. The movement to prosecute Jiang is gaining more support: over one million petition signatures have been collected in Asia, including 370,000 in Taiwan and 380,000 in South Korea.

Citizens in mainland China are also speaking out against the former Communist Party chief. A man in his forties from Qinhuadao City, Hebei Province said, “Jiang has done too many bad things. This is a long-awaited trial,” before signing the petition to be sent to China's highest court and prosecution office.

“We Have to Support Good People”

At least 533 signatures have been collected in Qinhuangdao City, Hebei Province. One man in his sixties said he was very happy to hear about the criminal complaints being filed. “We need to bring Jiang to justice because he persecutes innocent Falun Gong practitioners. We have to support good people,” he said.

One woman said she also hopes Jiang will be arrested soon. “I am on your side. Once Jiang is executed, I will practice Falun Gong, too.” 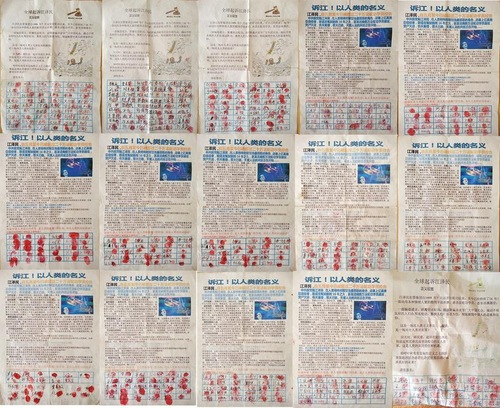 Similar voices can be heard in other cities. Between October 2015 and January 2016, at least 8,786 people in Shenzhou, Hebei Province signed in support of the criminal complaints against Jiang.

The Most Corrupt Official

A schoolteacher expressed that Jiang “needs to pay for what he did.” His sentiment was echoed by two electricians, who debated who is the most corrupt official in recent Chinese history; the younger electrician said Zhou Yongkang, while the older one said Jiang Zemin, because “Jiang started the persecution [of Falun Gong].”

Zhou Yongkang, former head of the Political and Legal Affairs Committee and China's domestic security apparatus, was a key player in implementing Jiang's directive to eradicate Falun Gong. He was arrested in December 2013 and sentenced to life imprisonment in June 2014 for corruption and abuse of power. 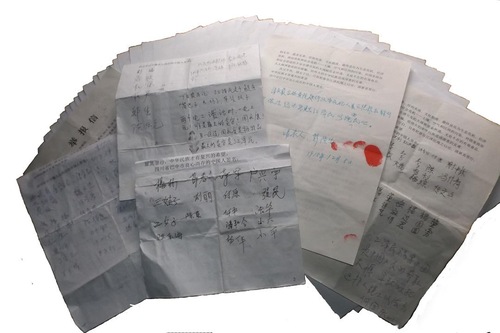 At least 1,500 in Bazhong City, Sichuan Province signed a petition in support of prosecuting Jiang Zemin.

Mr. Peng, who signed the petition, added a note, “Here we request that the Supreme People's Procuratorate charge Jiang with genocide and torture. Only when Jiang is executed will society return to normal and China have hope for the future.”

“Dalian, Liaoning Province: 16 Sentenced, 7 Awaiting Verdicts, and 17 Facing Trial in Second Half of 2015 for Resisting Persecution of Falun Gong”