They all wished to express their gratitude to Master Li Hongzhi at the Chinese New Year, a time to reflect on past blessings, and for recommitting to doing better on one's spiritual path. 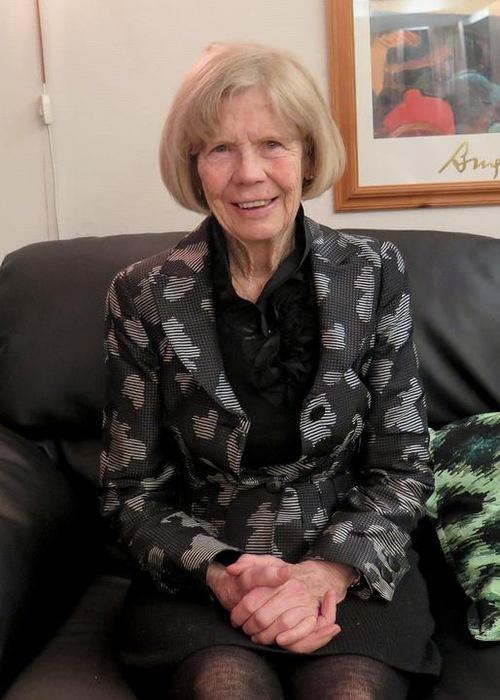 Heilwig, almost 80, said she senses true beauty in the practice of Falun Gong

“I was very interested in the contents of the artworks, which guided me to Falun Gong,” Heilwig said.

Although the journey of cultivation was not easy, Heilwig often senses the happiness and the beauty after she lets go of attachments.

“Cultivating Falun Gong brought dramatic changes to me,” she said.“Particularly, it has helped me to get rid of my competitive mentality.”

Heilwig had knee problems, and she scheduled a surgery. One day, she realized that the knee problem probably originated from her competitiveness, because she always wanted to be the best one at ski sites.

“The miracle was, when I realized my attachment, and got rid of it, the pain in my knee disappeared. The X-ray examination showed that I didn't need the surgery. Master Li purified my body after I gave up my competitiveness.”

Heilwig often joins an ongoing protest in front of the Chinese embassy, requesting an end to the persecution in China. She also often goes to downtown Oslo to talk to people about the persecution and ask for help to bring it to an end.

“I am almost 80. I thank Master Li for the chance of cultivation, in which I sense the true beauty. I believe that justice will prevail and the reputation of Falun Gong will be restored,” she said. 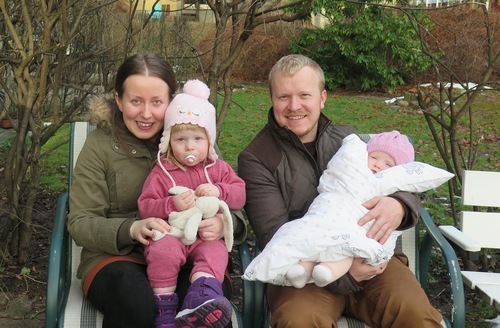 Ola, Elise and their children

Twenty-six-year old Ola started practicing Falun Gong when he was 18. His wife Elise learned about Falun Gong through him, and also joined cultivation a few years ago.

Elise said, “Cultivating Falun Gong has changed our lives. Our chaotic life has become more organized and peaceful. I found the answers to many questions of mine about life, and I've gained wisdom from Falun Gong. It opens my eyes, and enriches our lives.”

Ola sees cultivation as a part of life that he cannot live without.

“When people realize how precious Falun Gong is, they will cherish it,” he said.

“We are a family of cultivators. In the new year, we will help each other, and encourage each other to overcome every obstacle. We will become more selfless and humble, and we will make progress every day,” Ola said.