(Minghui.org) Almost one thousand Falun Gong practitioners from Taipei assembled at Freedom Square on January 31 to send Chinese New Year greetings to Master Li Hongzhi, the founder of Falun Gong, and to demonstrate the exercises for the public. 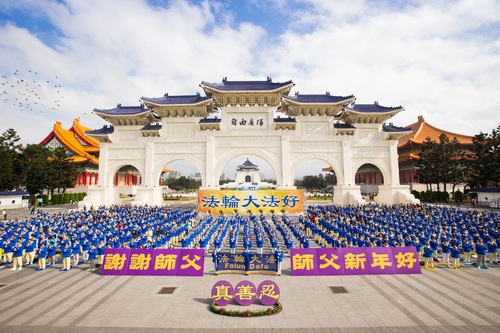 The banner in the middle reads “Falun Dafa is good.” The ones on the left and the right read “Thank you, Master,” and “Happy New Year, Master,” respectively. 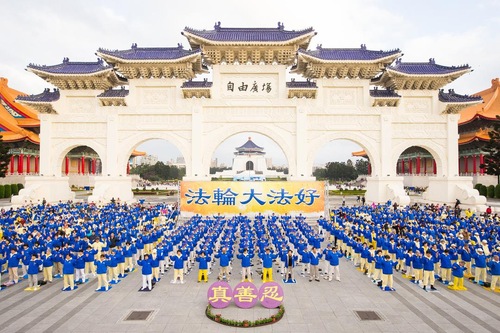 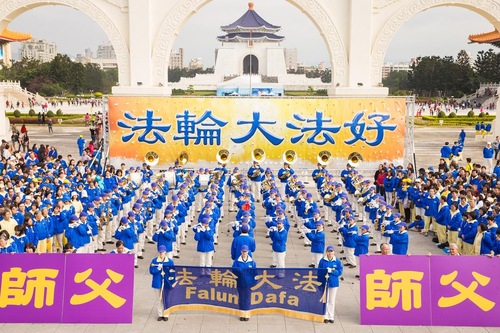 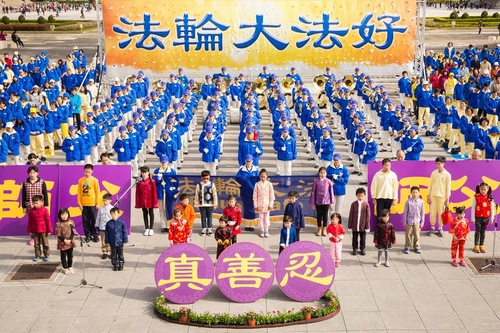 After the performances, the practitioners demonstrated the exercises, drawing attention from numerous tourists, including groups of Chinese tourists. Some of them learned the exercises at the event. 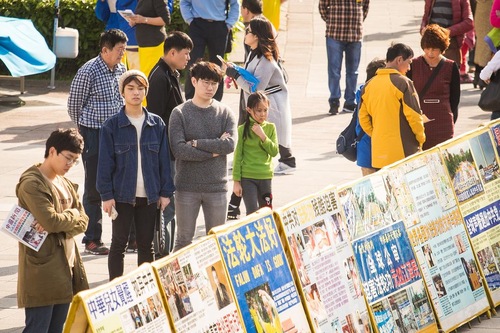 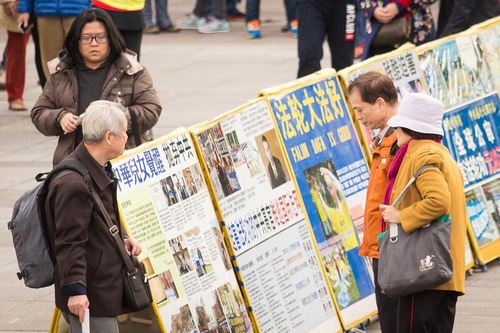 Tourists learn about Falun Gong and the persecution in China. 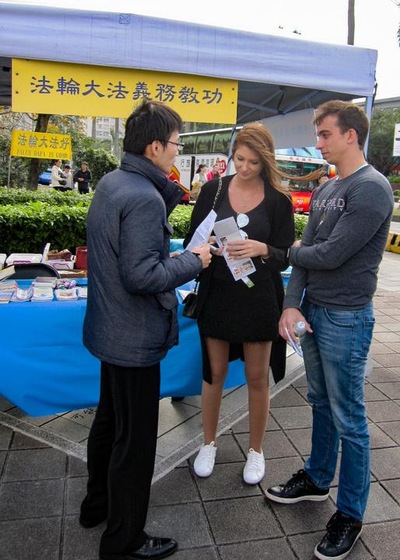 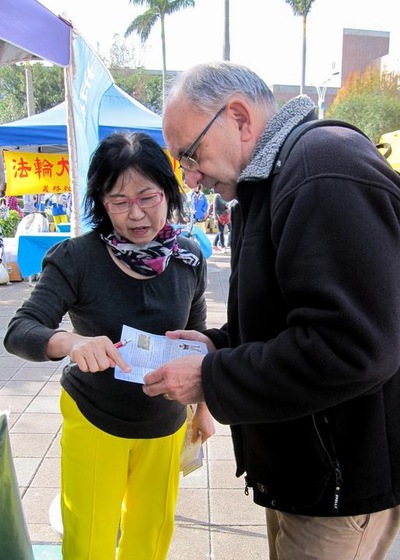 A tourist asks how he can learn the Falun Gong exercises. 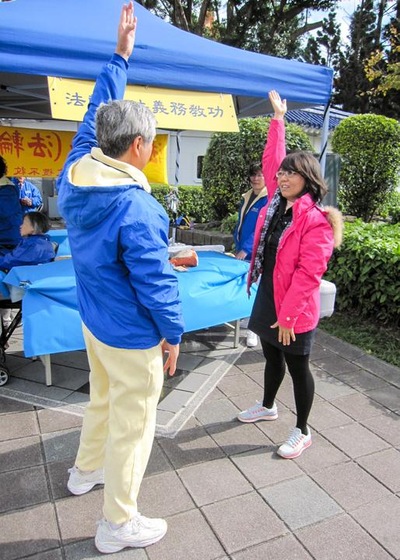 After the event, several practitioners shared cultivation experiences and how they have benefited physically and spiritually from Falun Gong.