(Minghui.org) Ms. Li Li and her husband were arrested on July 24, 2012 for inviting people to attend the hearing for Falun Gong practitioner Wang Guangwei. Ms. Li Li was later sentenced to four years in prison. Her husband, Wang Huanzhong, was subjected to one year of forced labor.

Ms. Li Li has been repeatedly persecuted for her beliefs since Jiang Zemin and the Chinese Communist Party (CCP) started to persecute Falun Gong in July 1999. She was detained in a mental hospital for 123 days, put into forced labor twice, and sentenced twice to four-year prison terms.

During her detentions, she suffered inhumane torture including: beatings, sleep deprivation, forced feeding, being hung up, and injected with unknown drugs. Her story has been reported in other Minghui.org articles.

Here is Ms. Li Li's own description of her experiences during her second prison detention from 2012 to 2016:

My name is Li Li. I am a Falun Gong practitioner in Pingdu, Shandong Province. I was arrested with my husband, Wang Huanzhong, on July 24, 2012 by police from Taishanlu Police Station for distributing invitations for people to attend the hearing of Mr. Wang Guangwei.

The police didn't show their identification when they arrested us. An officer named Liu Jie beat me. They tried to send me to Dashan Detention Center, but authorities there refused to take me. I was then taken to the Qingdao City 610 Office and detained there for 20 days until I was sent to Qingdao Detention Center.

I refused to wear the prisoner uniform in Qingdao Detention Center (because I did nothing to warrant imprisonment) so Zhuang Lijuan, head of the detention center, instigated the inmates to beat me. I was then kept cuffed and shackled, even when I went to bathroom. 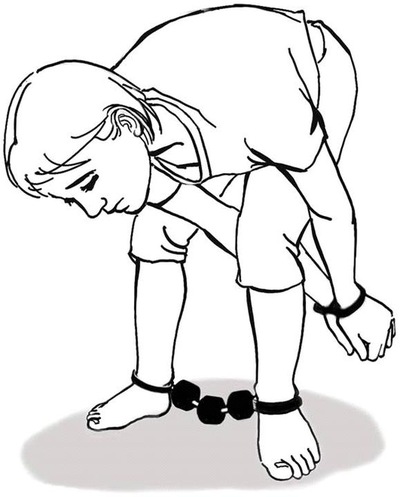 The guards brought pornographic books and magazines into the cell. During lunch break, the inmates read them. At night, several inmates stripped off one inmate's pants and rubbed soap or cream on her private parts. Some did it on my bed and even against my leg. They claimed the guards allowed them to “relieve stress” this way.

If I talked to them about the evil behavior of the CCP, they beat me viciously. I was often beaten until my mouth was bloody.

I was later sent to Shandong Women's Prison in Jinan City. They took a sample of my blood against my will and I was given a physical examination.

I was detained in a solitary cell and beaten for 131 days. The inmates took me to the bathroom, where there was no camera, and proceeded to kick and stomp on me. They beat my face and head with their shoes. They also pulled my arms back and upward as far as they could, which caused extreme pain.

My mouth was often badly swollen. They stuffed my mouth with the three dirty rags used for foot washing when they beat me. Once, I almost choked to death because they sealed my nostrils. After they beat me, they tied my hands behind my back.

On one occasion, several inmates held me on the ground and forced me to stretch my legs out. They stepped on my legs and injured them. They then opened my left eye and pushed my hair into the eyeball. They even tried to dig my eye out. I was unable to see for a long period of time. My eyes had been covered with gum, and I was unable to open them. 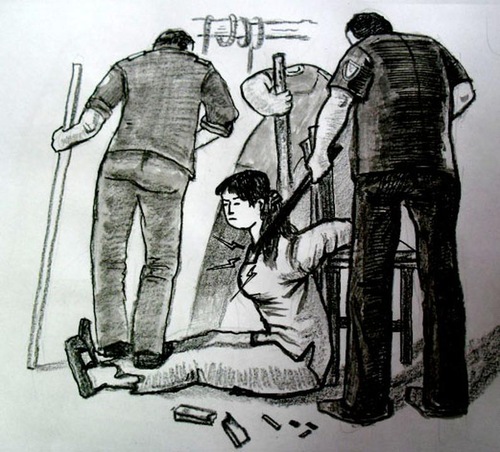 They forced me to listen to programs that slandered Falun Gong. They scolded and insulted me every day. They often put my meal on the floor and kicked it around until they finished eating their own meal. Then I was allowed to pick my food off the floor and eat.

They put some unknown drugs into my meals for a long time, which made me unable to eat meals properly for more than a year. Once, for a whole month, I only ate one piece of fish and drank a little water from the restroom. Otherwise, I ate one or two steamed buns per day, or even none at all. I vomited blood and developed swollen legs when I ate those tainted meals.

Except for three months in prison, two thirds of my hair became white. After four years of persecution in prison, I looked like I was 50 or 60 years old.

I started to practice the Falun Gong exercises again regularly after I was released. One month later, the swelling in my legs was gone. My weight came back, and I was almost normal, except for my hair color.