(Minghui.org) A hearing on forced organ harvesting in China was held in the Danish Parliament on December 8. Initiated by the Danish People's Party, the Danish Minister for Foreign Affairs, the Red-Green Alliance, and the Alternative, the two-hour hearing was open to the public and its video recording was also made available on the Internet. 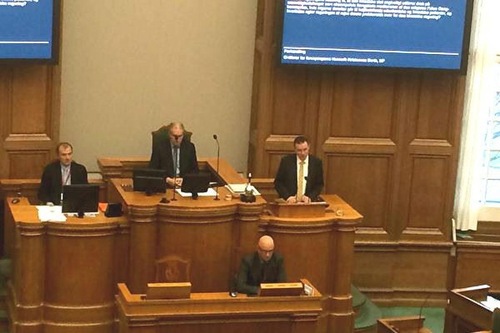 The Danish Parliament held a hearing on forced organ harvesting in China on December 8, 2016.

“This Is Something We Cannot Ignore”

One of the initiators, Kenneth Kristensen Berth from the Danish People's Party, gave an opening speech. Using the example of Ms. Wei Zaiqun, a Danish resident whose two sisters were detained in China for practicing Falun Gong, Berth described the brutal persecution in China. These two sisters were not allowed to see their family, and they have been subjected to blood sampling, a common practice suspected to be for the purpose of tissue matching and organ harvesting.

While pointing out that due to economic interests, very few countries dare challenge the Chinese communist regime, Berth said, “However, this involves basic humanity and it is something we cannot ignore.” 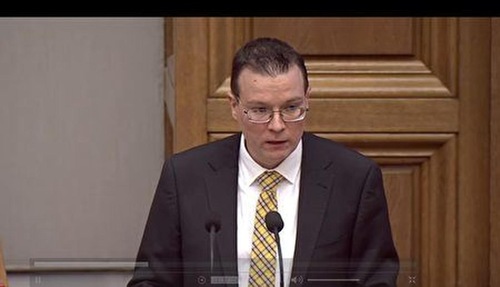 Kenneth Kristensen Berth from the Danish People's Party said the both the European Parliament and the U.S. House of Representatives have passed resolutions against forced organ harvesting in China.

As a historian, Berth also noted, “I can only compare this [forced organ harvesting in China] to the genocide committed by the Nazis.”

Trade Should Not Compromise Principles

Nikolaj Villumsen from the Red-Green Alliance said the discussion will go beyond the Danish Parliament. “Needless to say, organ harvesting from prisoners of conscience in China clearly violates basic human rights, and people around the world must oppose it.”

He said voices against the atrocities committed by the Chinese regime used to be quite loud before China entered the free market. Now China's economic power has suppressed such criticism, although the tyranny continues. He said it is dangerous for the Danish government to solely focus on trade and neglect principles.

Rasmus Nordqvist, spokesperson for the Alternative, called for further independent investigations into this issue. He condemned involuntary organ donation and hopes the Danish Minister for Foreign Affairs will take action involving executable measures.

At the end of the hearing, Berth read a joint statement by the three political parties calling for legislative action.

Similar to resolutions issued by the European Parliament and the U.S. House of Representatives, these parliament members are calling for a cessation of collaboration with China's healthcare system until a transparent and reliable organ donation system is in place.

In addition to stopping forced organ harvesting, they also urged Chinese government to respect basic human rights and immediately stop the persecution of Falun Gong and other spiritual and ethnic minority groups.

“City Stirred by a Falun's Appearance”