(Minghui.org) A Parliamentary Hearing was held in Australia’s capital city of Canberra on November 21 looking into organ harvesting atrocities in China. Members of Parliament from all parties attended the hearing. Renowned human right lawyers Mr. David Matas and Mr. David Kilgour were also in attendance.

Mr. Matas and Mr. Kilgour introduced the findings of their more than ten years of investigation. They spoke about their updated report and new evidence it presents, answering questions for those in attendance in detail.

After the hearing, hundreds of Falun Gong practitioners staged a rally outside the Parliament House on the same day calling for Parliament to pass a motion to help stop the organ harvesting atrocities. 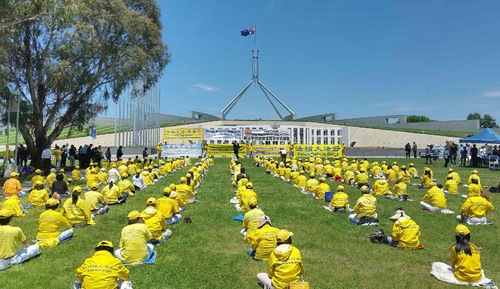 Mr. Kilgour and Mr. Matas attended the rally, as did several Members of Parliament 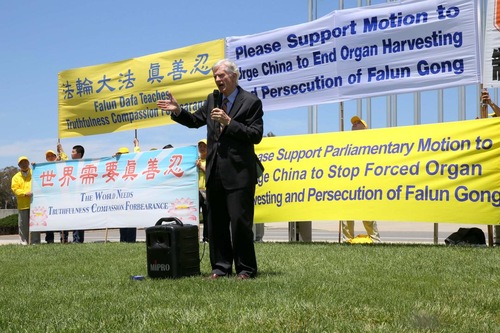 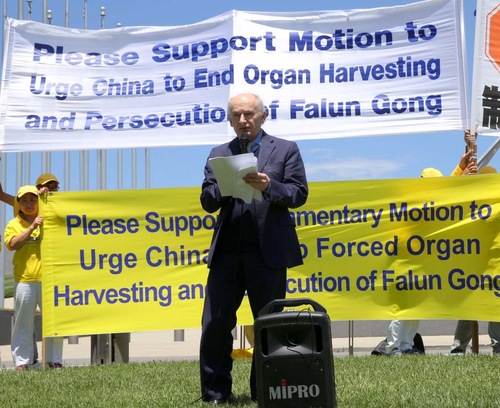 MP Craig Kelly said that during a business trip to China years ago, he found that many of the travel brochures in his hotel slandered Falun Gong in awkward English. Years later, he learned the true story of Falun Gong, and has stood up for justice for Falun Gong ever since.

He said he is proud to be the co-chairman of the parliamentary group against forced organ harvesting, and would do his best to bring the practice to an end. He mentioned that a bipartisan motion is on the way and would be proposed in Parliament early next year. 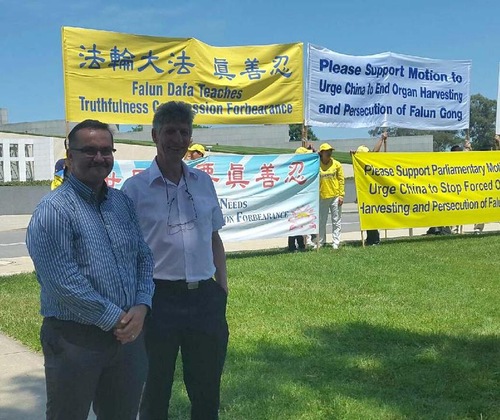 Mr. Jonathan Anstock said he completely supports and appreciates the resolutions against organ harvesting atrocities passed by the United States and European governments. He commented that Truthfulness, Compassion and Forbearance are universal values that should be promoted and protected by all.