(Minghui.org) For many years, Falun Dafa (also known as Falun Gong) has been a welcome component of holiday festivities around the world. As the winter holiday season approaches, Canadian Falun Dafa practitioners have recently participated in two local Santa Claus parades, one in London, Ontario and another in Winnipeg, Manitoba.

The 60th annual London Santa Claus Parade took place on the evening of November 12. This year's parade theme was “A Diamond Christmas.”

For the London parade, Falun Dafa practitioners fielded the Tian Guo Marching Band, bringing a mix of traditional, seasonal and original music. “The Tian Guo Marching Band is really outstanding,” said Shaun Merton, executive director & chairman of the parade committee. “Many people have asked me to invite the band to this event this year and we are so glad to have them here again.”

Because of the warm feedback received about the band last year, Mr. Merton said he specifically placed the band as part of the parade finale, right there with Santa Claus himself. 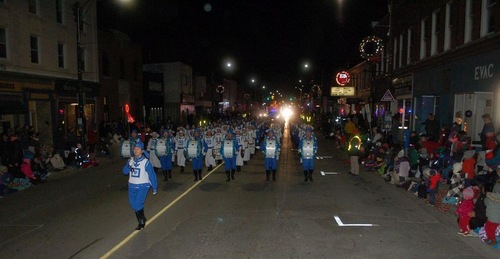 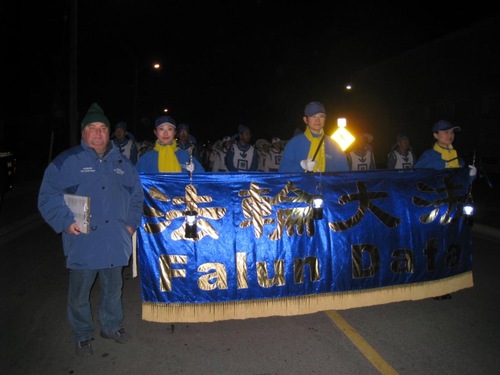 Shaun Merton, Executive Director & Chairman of the parade committee, said that many people ask him to invite the Tian Guo Marching Band every year.

Jessica Murphy, a registered massage therapist in London, said that she really enjoyed the band's music. Upon learning that Falun Dafa improves physical health and elevates a person's mind/heart nature, she gave a thumbs-up. “This is really awesome!” she said. 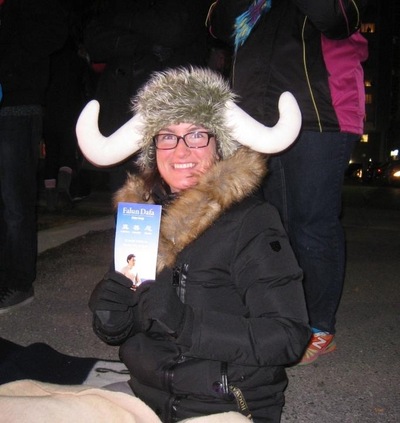 Junior Agostini, an IT professional who watched the parade with his daughter, said that he enjoyed the music very much. After a practitioner explained to him that Falun Gong is well received in more than 100 countries worldwide but is severely suppressed in China, Mr. Agostini said that he knew about the brutality of the Communist Party and supported practitioners in their efforts to end the persecution. 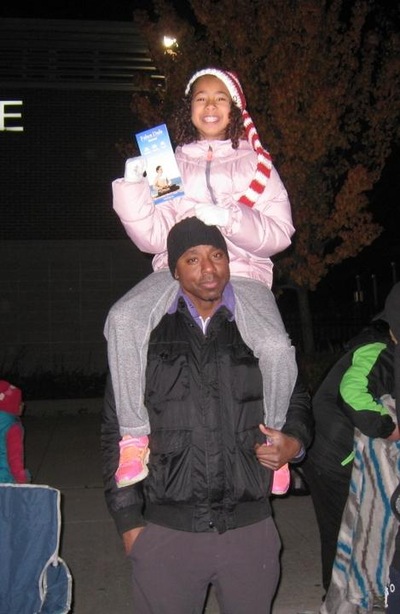 IT professional Junior Agostini and his daughter both enjoyed the music of the Tian Guo Marching Band.

Megan Smith, a nurse who works in London, attended the parade with her family. She said that Tian Guo's music was “gorgeous” and “awesome,” and added that she really loved the band costumes. “It is so beautiful!”

Ms. Smith also said that the Chinese Communist Party should immediately stop the atrocities against Falun Gong, including the forced organ harvesting from living Falun Gong practitioners in China. 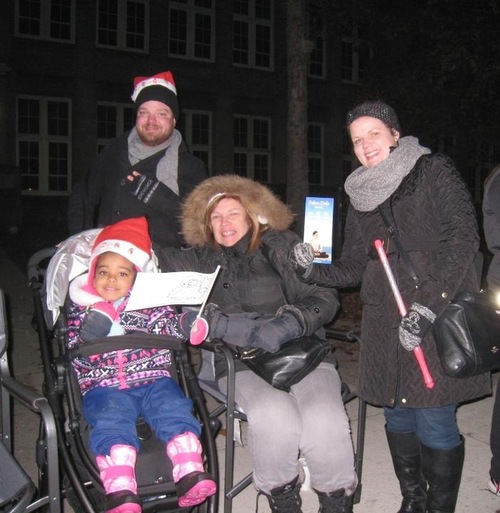 Nurse Megan Smith said that the persecution in China should come to an end.

Ms. Hu, from Henan Province, China, watched the parade with her son and her friends. She said that she had not known much about Falun Gong or how the Communist Party has defamed the group over the past 17 years. She thanked the practitioner for taking the time to talk with her and agreed to quit one of the Chinese Communist Party affiliates that she had previously joined.

Falun Gong practitioners took part in the Winnipeg Santa Claus Parade on the evening on November 13. A holiday tradition since 1905, this is the one of the oldest and largest annual events in Winnipeg, the capital of Manitoba. 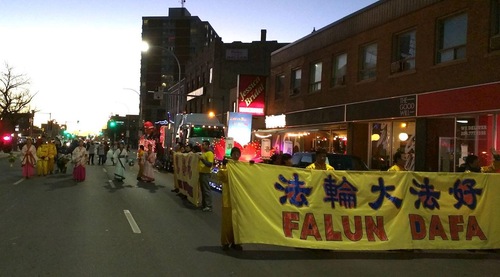 Many people had positive comments about the Falun Gong contingent, especially the costumes worn by practitioner dressed as heavenly maidens. As the beautiful lighted float passed the reviewing stage, one of the parade organizers said that he very much appreciates Falun Gong's principles of Truthfulness-Compassion-Forbearance, because “they have brought hope to our world.” 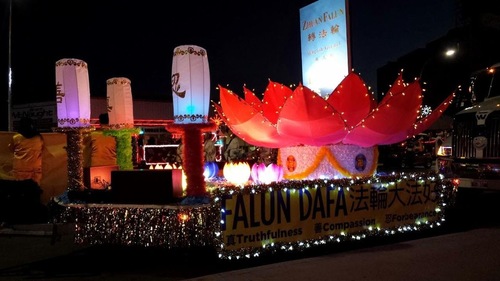 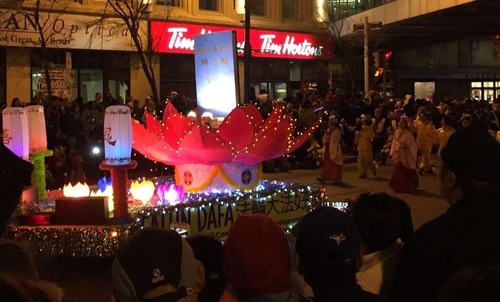 A Chinese visitor who watched the parade said that he knew about the suppression of Falun Gong in China. After a practitioner helped him renounce membership in the Chinese Communist Party, he thanked the practitioner many times and said that he would talk to others about breaking their ties with the Party.

““You Are the Most Trustworthy Person””