Germany: Raising Awareness of the Persecution of Falun Dafa at Oktoberfest and Düsseldorf China Festival

(Minghui.org) Falun Dafa practitioners recently attended two festivals in Germany to inform the public about the ongoing persecution of the spiritual discipline in China.

Known as the world's largest beer and traveling festival, the annual Oktoberfest was held between September 17 and October 3 in Munich, the third-largest city in Germany.

Among the more than six million spectators from around the world who attended this event, many stopped by the practitioners' booth to learn about the meditation practice. 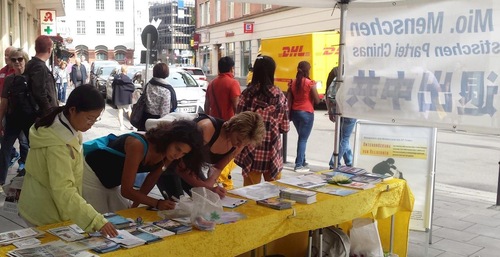 Duesseldorf, the capital city of the German state of North Rhine-Westphalia, held its sixth China Festival on September 17. The event drew much attention from morning to evening. About 30,000 people attended the festivities at the historic Marktplatz in the center of the Old Town. Practitioners demonstrated the Falun Dafa exercises, played Chinese music, demonstrated calligraphy, and taught attendees how to make paper lotus flowers. 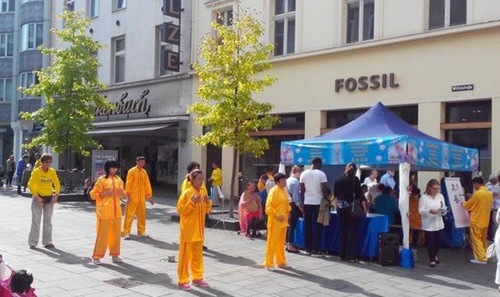 Many people heard about Falun Dafa for the first time. Some were very interested and went to a nearby group exercise site the following day. 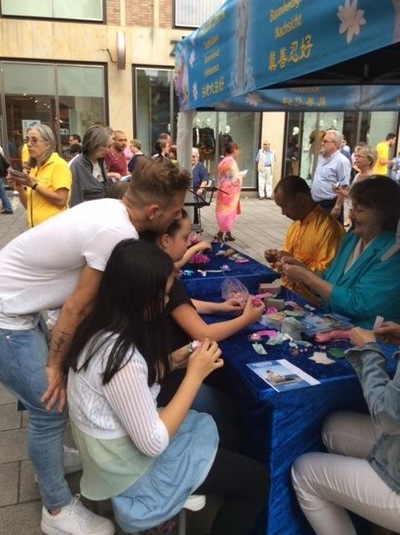 Visitors learn to make paper lotus flowers at the festival. 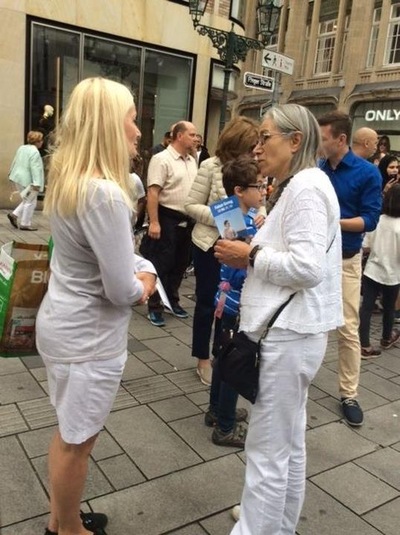 Passersby talk with practitioners to learn about Falun Dafa and the ongoing persecution in China.