(Minghui.org) Banners and posters about Falun Gong and the efforts to bring Jiang Zemin, former head of the Chinese Communist Party (CCP), to justice have recently appeared along the main streets, crossroads, and other public spaces in multiple places in Tieling, Liaoning Province, China.

Falun Gong was made public in 1992 and became popular due to its marvelous effect on health improvement and morality. Out of jealousy, and fear of losing control of the people, Jiang Zemin abused his power to initiate the persecution of Falun Gong on July 20, 1999. 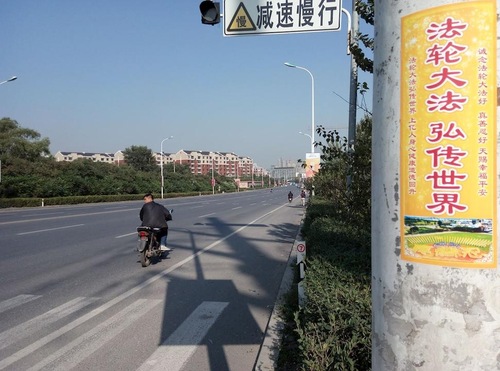 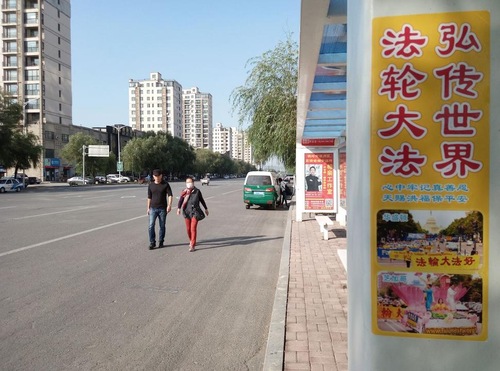 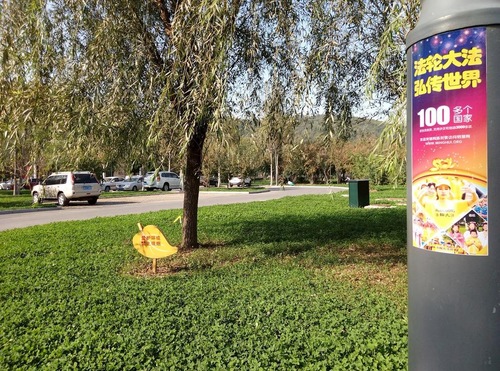 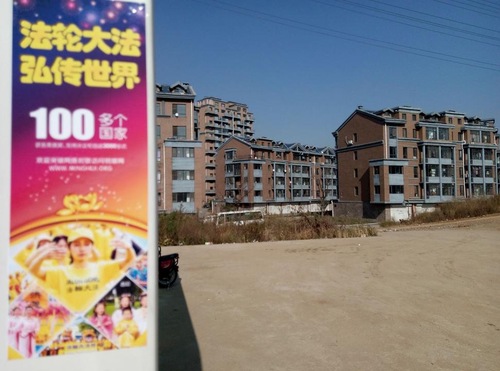 The posters read “Falun Dafa Spreads Across the World.” 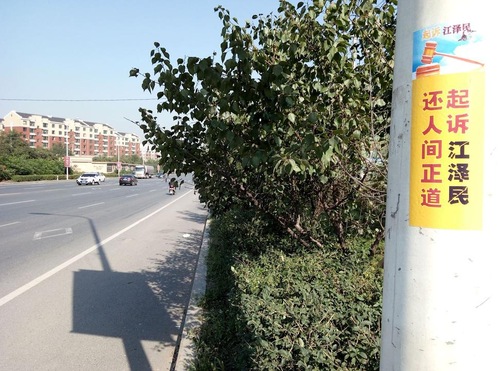 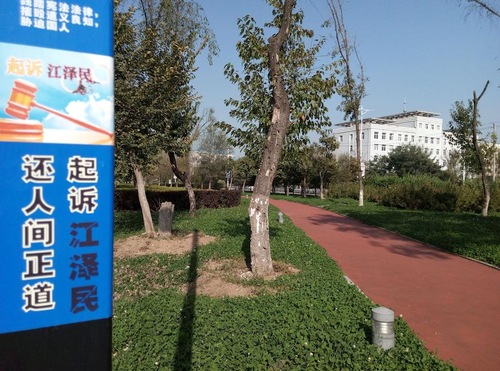 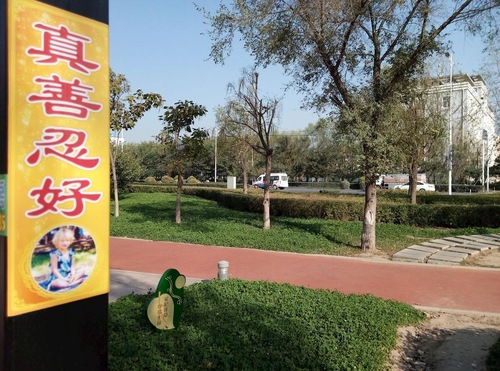 The banner reads “Truthfulness-Compassion-Forbearance Is Good.” 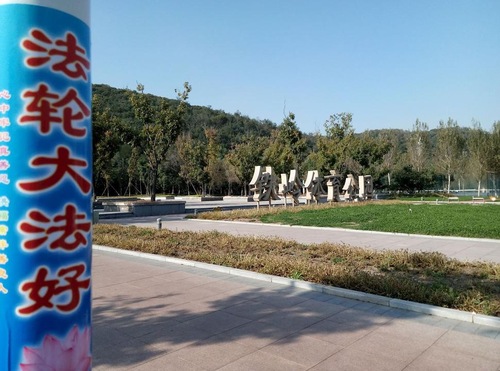 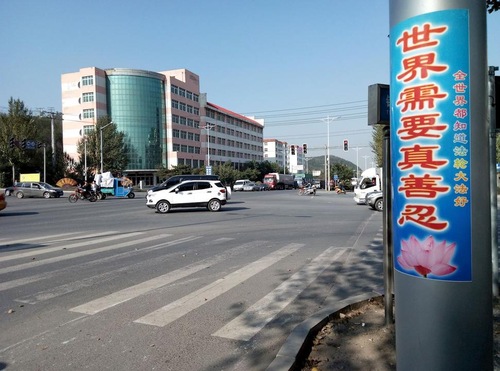 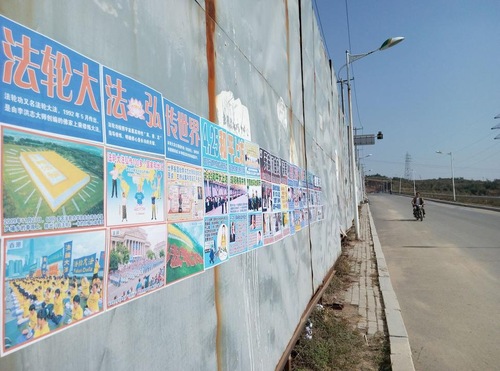 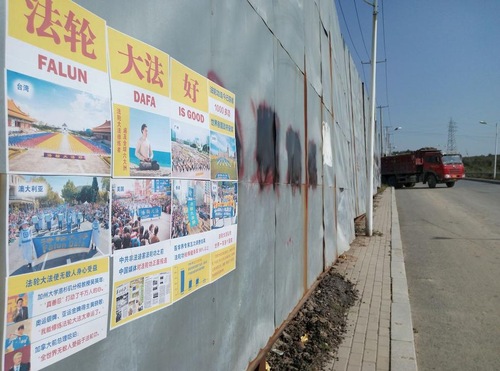 “Why Certain Regions of China Are Experiencing Severe Persecution”