(Minghui.org) The annual Australia Day parade was held in downtown Melbourne on the morning of January 26, 2016. The local Falun Dafa Association was invited to participate. The Divine Land Marching Band, consisting of Falun Gong practitioners with blue and white costumes, were eye-catching in the parade, which took place on a nice day with clear skies. 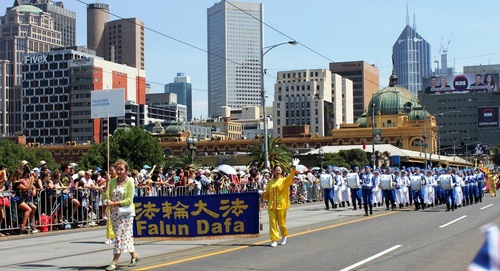 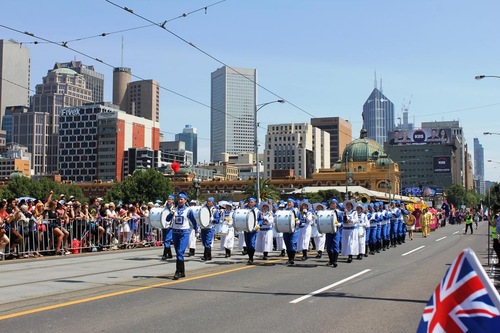 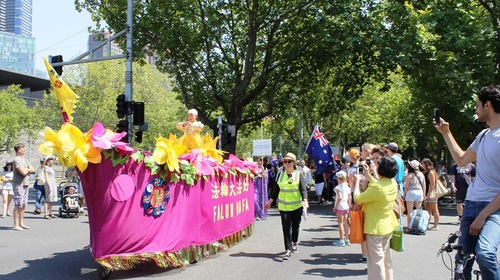 The band was in good order and high spirits as they performed their music, which touched the spectators. Following the band were Falun Gong practitioners demonstrating the exercises, and well-decorated lotus flower float. The Falun Gong procession won acclaim and applause, and many spectators took photos and videos.

The hosting organization provided audio equipment along the parade path so that spectators along the route could clearly hear the host’s introduction of the procession as it passed by the main viewing stage. The host introduced the Falun Gong procession by saying, “Falun Dafa is a practice based on Truthfulness-Compassion-Forbearance. There are practice sites in Victoria and other places in Australia. It has spread to over 100 countries. As you may have seen or heard, the Divine Land Marching Band is composed of Falun Gong practitioners. Thank you Falun Dafa!”

“I am moved beyond words.”

Giuseppe from Italy said excitedly after watching the band performance, “Though there are several bands in the parade, the Divine Land Marching Band impressed me the most. I am moved beyond words.” He praised that the performers and the melodious music. He said, “If everyone followed Truthfulness-Compassion-Forbearance, the world would be peaceful. I thank the band for the nice performance.”

Mr. Liu, who immigrated to Australia, said, “The Chinese tourists must be proud, as there is no such splendid performance in China.” 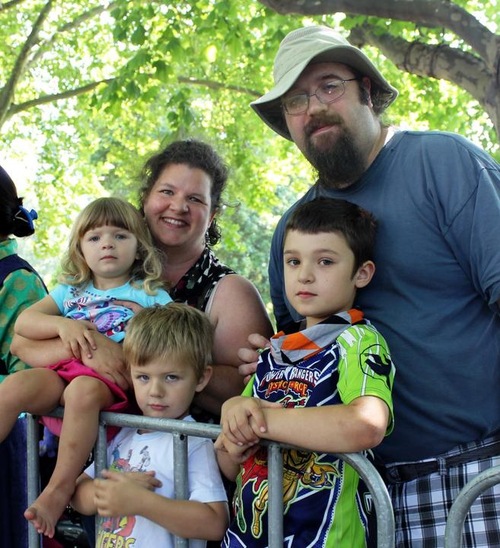 Engineer Adrian, from St. Kilda, and his wife brought their children to watch the parade. Adrian commended the band, saying, “I felt positive energy.”

Claire and Keith enjoyed the Falun Gong performance. Keith said, “The Falun Gong procession was the best in the parade. Every part was wonderful.”

Claire said she liked the colors of the Falun Gong procession and the band performance. She said she felt strong energy.

“The Chinese Communist Party Should Disappear.” 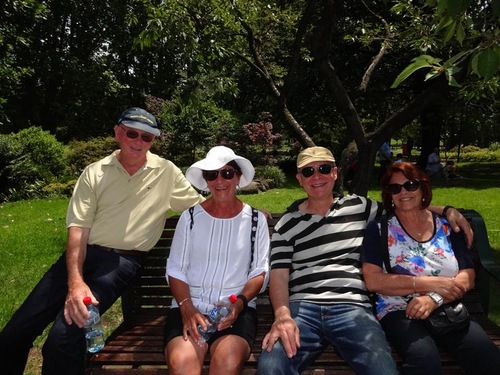 Myrin (second from left) from Canberra, and her friends