(Minghui.org) Falun Gong practitioners in Sophia, Bulgaria, set up an informational display next to the Serdica Metro Station on January 23, 2016.

Despite freezing temperatures as low as -13 degrees Celsius (8 degrees Fahrenheit), many pedestrians stopped to learn about Falun Gong and sign a petition in support of the effort to sue the former Chinese dictator Jiang Zemin who launched the persecution of Falun Gong 16 years ago.

Since last May, over 200,000 persecution victims have filed criminal complaints against Jiang Zemin for his brutal crimes. 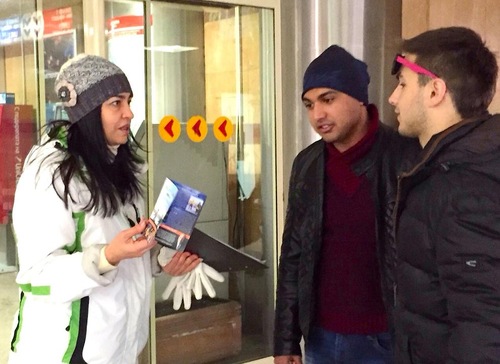 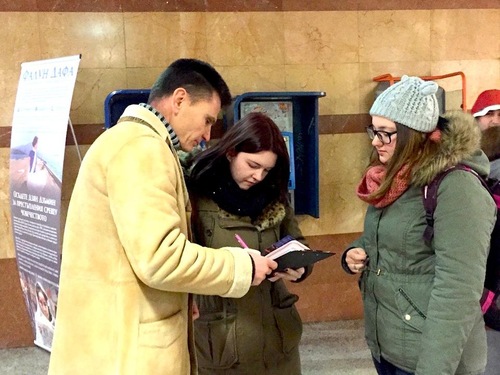 A passerby (middle) signs the petition supporting the lawsuits against Jiang Zemin. 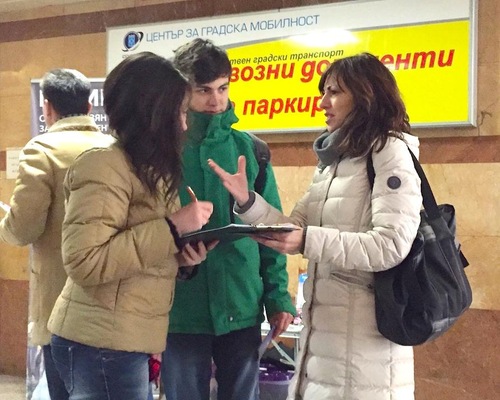 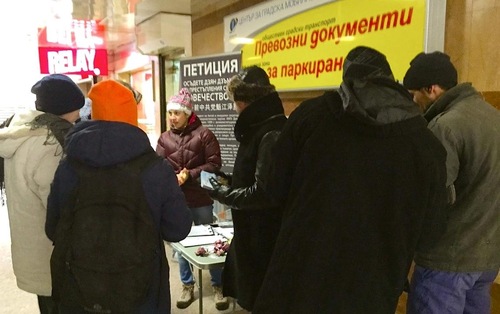 “Organ harvesting from living Falun Gong practitioners is not acceptable. It's horrific and inhumane,” said a young man who stopped to sign the petition.

A woman walking by in a hurry told a practitioner, “I am against organ harvesting and I support your actions. There should be more people working on stopping the brutality. You are doing the right thing!”

“Practitioner Collapses in Court, Forcibly Taken from Hospital to Detention”