(Minghui.org) Falun Gong practitioners in Illinois introduced the facts of Falun Gong to local residents and Chinese students at the Urbana Sweetcorn Festival on August 28-29, 2015. 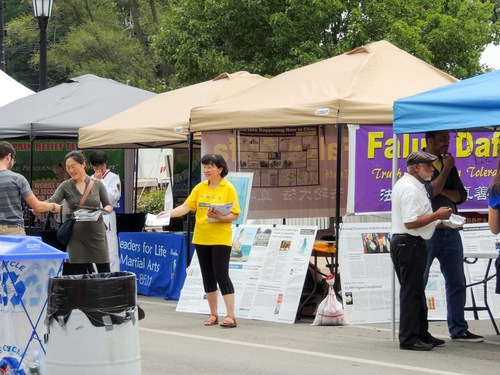 One young woman from China was reading the Falun Gong display boards. A Falun Gong practitioner told her about the benefits of Falun Gong, and the brutal persecution in China, including the Chinese Communist Party's (CCP) crime of harvesting organs from living practitioners. This saddened the woman. She took some introductory materials with her to read, and said that she would find out more information from the Internet, and quit the communist organizations.