Since May, over 165,000 Falun Gong practitioners from Mainland China and throughout the world have filed lawsuits against Jiang for launching and directing the persecution of Falun Gong.

According to Chinese law, any individual with knowledge of a crime can report it to the Chinese Supreme Procuratorate and Court.

Acting on this law, over 21,000 Hong Kong citizens have signed criminal report forms in the last two months, echoing the lawsuits.

Similar signature campaigns have been circulating in the Asia-pacific areas, and have also caught on in Europe and America. Tens of thousands of Taiwanese signed criminal report forms to support the movement to bring Jiang to justice.

Lee Cheuk Yan, a Legislative Council Member, feels that this is everyone's responsibility. “Jiang suppresses human rights, and has committed crimes against humanity. Everybody has witnessed this. So, I believe that everybody should speak out and help bring him to justice,” he said. 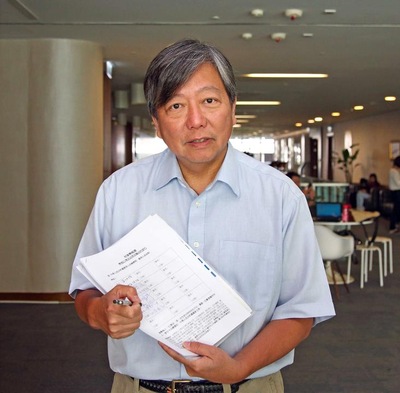 Leung Yiu-chung, also a Legislative Council Member, said, “It is great that Falun Gong practitioners are filing lawsuits against Jiang. I hope that more people will do the same, and force the Communist Party to face the crimes that they have committed.” 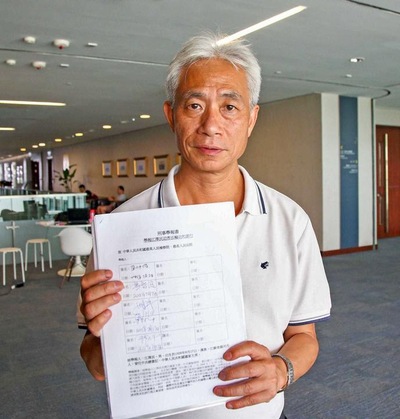 Fung Chi-wood, a former Legislative Council Member, believes that suing Jiang holds great significance. “The persecution of Falun Gong involves many criminals in the Party. The persecution is horrible, and the murderers must be punished,” he said. “I hope that these criminals will be tried not only in China, but also in the international court.” 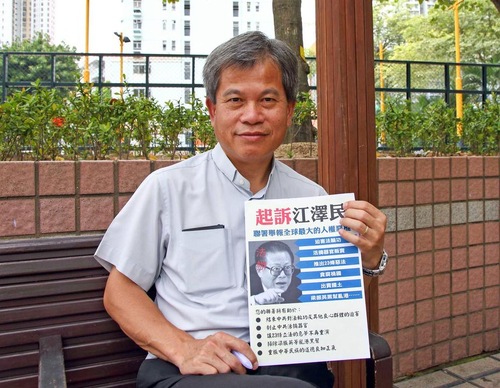 Falun Gong practitioners in Hong Kong have held various activities to raise public awareness of the lawsuits and collect signatures on the criminal report forms. During the last weekend of August, practitioners collected more than 3,000 signatures at seven locations in Hong Kong, despite heavy rains. 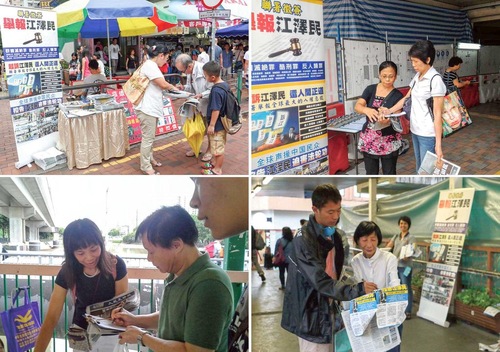 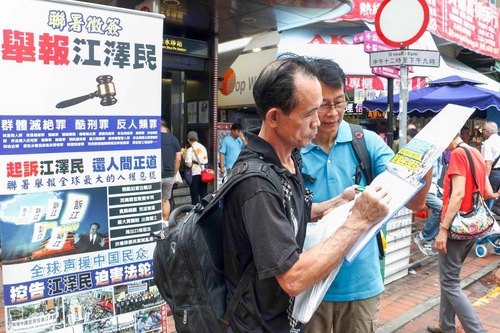 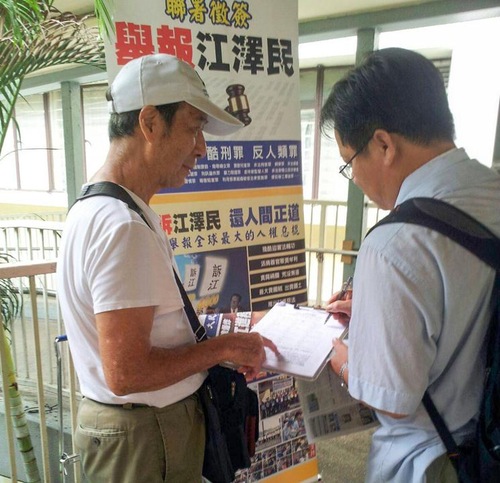 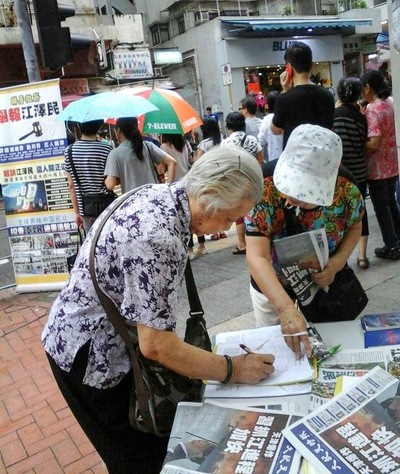 Many who signed were tourists from mainland China.

Mr. Chen from Guangdong was glad to learn about the lawsuits. He signed the form, and said, “This is a sign that the Communist Party is about to crash down.”

Two businessmen from China echoed Mr. Chen, “Jiang Zemin is terrible. People should have put him in jail a long time ago. We support the lawsuits, and wish Falun Gong success.”

“Cultivating the Heart, Experiencing the Divine”