The well-wishers hail from:

A 5-year-old practitioner wrote in his greetings, "Master, I've been growing up day by day. I'm five years old. I study the Fa and do the sitting meditation everyday. I'll be a qualified Dafa disciple!"

A practitioner who just safely went outside of China not long ago wrote, "I was under severe surveillance after I was released from prison. With Master's protection and hint, I came outside of China safe and sound. I've changed a battlefield to participate in the elimination of the last evil. Exhausting all language fails to express my gratitude to Master. Only by being diligent can I return Master's grace!"

Practitioners from Outside of China Respectfully Wish Revered Master a Happy Mid-Autumn Festival! 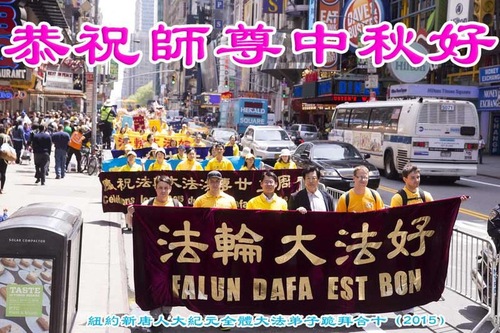 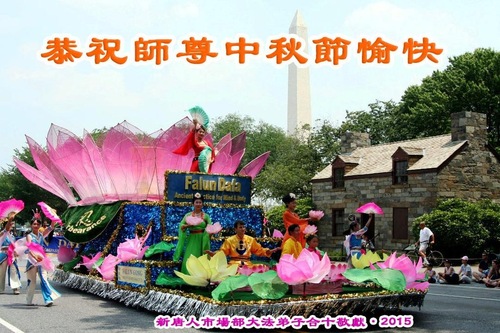 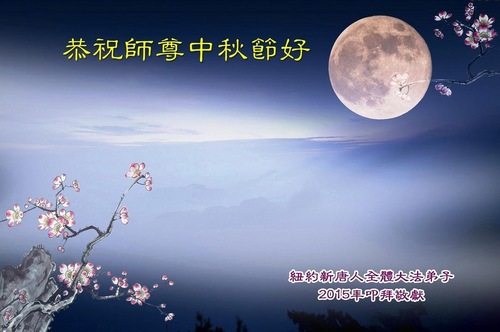 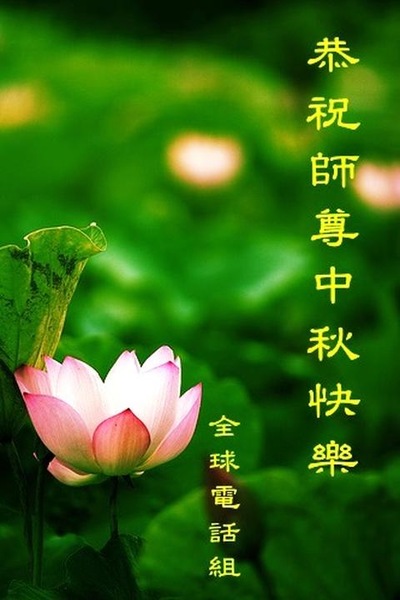 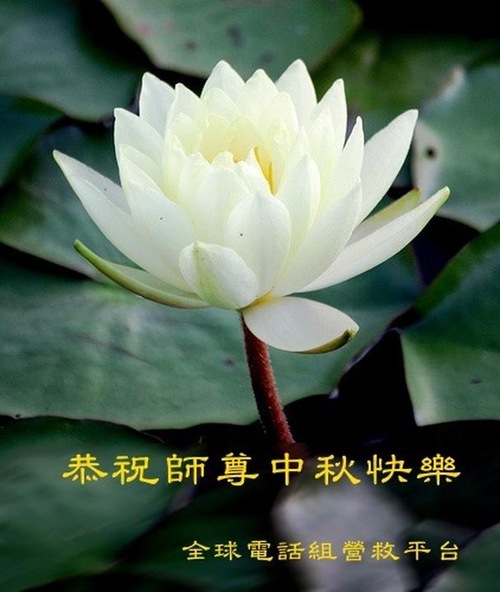 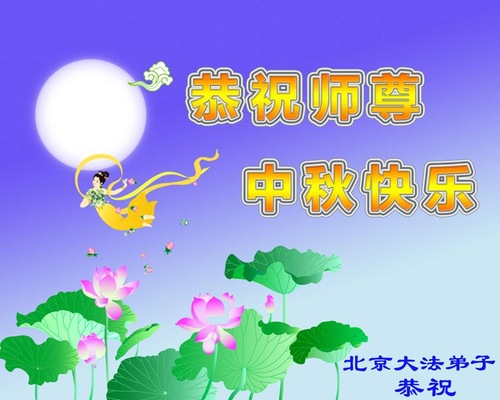 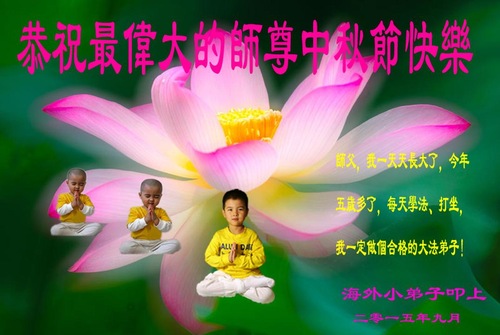