He mailed his lawsuit to the Supreme People's Procuratorate on July 28, accusing Jiang Zemin of abusing state power, murder, torture, and other crimes.

Mr. Chen was the director of youth programs at Jilin Municipal Television (TV) in Jilin Province. He started practicing Falun Gong in November 1997. Within a month, his gallstones, gallbladder inflammation, and lower back pain all disappeared.

After Jiang Zemin banned Falun Gong in 1999, Mr. Chen and his wife were arrested and tortured several times.

Mr. Chen went to Beijing three times in 1999 to appeal for justice for Falun Gong. The third time, he was arrested, taken back to Jilin, and detained for 30 days. Jilin Municipal TV soon fired him.

The police went to the company where Mr. Chen and his wife worked in July 2000. They arrested his wife and her two practitioner colleagues. Mr. Chen managed to escape.

When his wife was released, she and Mr. Chen left home and went into hiding.

Mr. Chen was arrested in Jilin on December 24, 2000. He was detained for 9 months before being held in Jilin Municipal Forced Labor Camp, where guards doused him with cold water in the winter. They also shocked him with electric batons and made him sit on a bench or remain standing for long periods of time.

Mr. Chen was unable to sit or stand after being tortured. He was bedridden, fell unconscious, and ended up in critical condition. Afraid he might die in the detention center, officials told his family to take him home.

Mr. Chen and his wife were arrested again in June 2007. His wife was tortured on a Tiger Bench for an entire night. 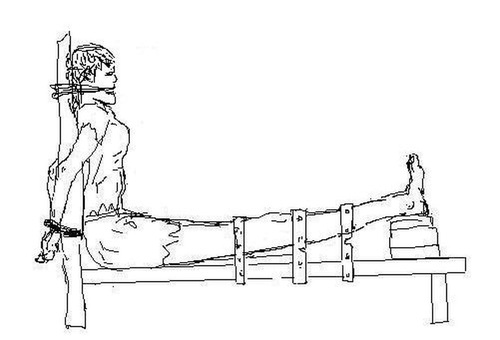 They were then transferred to Jilin Municipal No 3 Detention Center. When Mr. Chen held a hunger strike to protest, he was force-fed. After he could not urinate for several days, the guards took him to the hospital. The doctor said that if he had not put in the catheter when he did, Mr. Chen's bladder would have burst.

In the next few days, Mr. Chen became unconscious, urinated blood, and was in critical condition. Detention center officials notified his family to take him home. 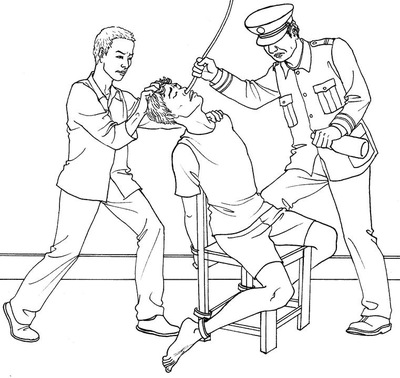 Mr. Chen's wife was held in a forced labor camp for another year. She had to do intensive forced labor, and was physically tortured and mentally abused. She became extremely skinny and stopped menstruating for a year.

In December 1999, Mr. Chen's mother passed away. She had been extremely worried about her son after he was fired and detained. She was a Falun Gong practitioner, but the police took away her books and didn't allow her to practice.

The police harassed his father, sister, and parents-in-law. They knocked on their doors late at night and interrogated them.