(Minghui.org) Mr. Li Liang from Jiamusi, Heilongjiang Province is suing former Chinese dictator Jiang Zemin for launching the persecution of Falun Gong that resulted in his three years of incarceration, during which time he was not only tortured, but also given full medical examinations not required of other inmates.

Mr. Li, who started practicing Falun Gong at the age of 17, was in his early 30s when he was arrested on October 1, 2011. Six months later, he was sentenced to three years in prison. Between 2011 and 2014, he was moved back and forth between four different facilities, where he was put though complete medical exams and had blood drawn a total of eight times.

He was ordered to sign a document testifying to his health condition once every three days for three consecutive months. He demanded to know why, but the doctors never gave a direct answer.

In hindsight, Mr. Li suspects that the authorities must have considered him a good candidate for organ harvesting, given his youth and good health. He says he is lucky that he was not put under the knife, unlike so many other practitioners who have had their organs harvested while still alive and eventually lost their lives.

In his criminal complaint, Mr. Li also described the torture and beatings he suffered. Mr. Li charges Jiang Zemin for not only ordering the widespread imprisonment and torture of Falun Gong practitioners, but also the harvesting of organs from living prisoners of conscience.

“As a Falun Gong practitioner who almost became a victim of organ harvesting, I have the responsibility to speak up and expose the suspicious medical exams that I had been put through,” said Mr. Li. 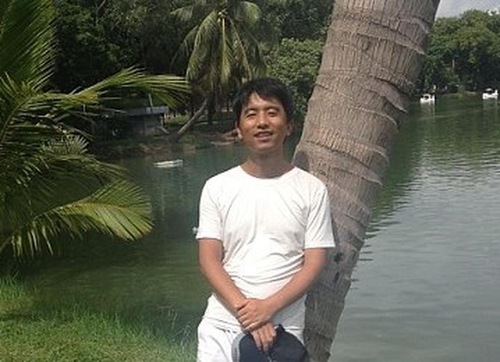 Below are excerpts from Mr. Li's criminal complaint letter.

My first exam was in October 2011, when I was arrested and detained in Beijing Chaoyang District Detention Center.

A month later, I was transferred to Beijing No. 1 Detention Center, where I was given another complete medical exam. I was detained there for about two months.

In January 2012, I was transferred back to Beijing Chaoyang District Detention Center. During the following six months of detention, I was given two more complete exams.

Between March and June in 2012, guards in Chaoyang District Detention Center ordered me to sign a document that said my health was very good and that the content was all true.

In June 2012, I was transferred to Beijing Tianhe Prison, where I was given two complete medical exams, once at the time of entry and again during my incarceration.

Seven months later, I was transferred to Chongqing Yongchuan Prison, where I was detained for more than one year, during which time I was put through two more exams, also once at the time of entry and the other time during my incarceration.

However, I was never told about the reason or results of the exams, even though I inquired doctors every time. They simply responded, “It's just a physical checkup, and for your sake.”

Interestingly, no other detainees in my cell ever received such medical exams while I was in Chongqing Yongchuan Prison. I was the only Falun Gong practitioner in that cell.

Since Falun Gong practitioners receive the brunt of abuse by guards, the medical exams were unlikely to be special treatment.

Beaten for Distributing Materials about the Persecution

Zhang Lianyong, Zhang Lianqi, and another person reported me to police while I was distributing materials about the persecution of Falun Gong on October 1, 2011. They beat and kicked me in my ankles, legs, back and head until I fainted. Police arrested and took me to Chaoyang District Detention Center.

Beaten at Beijing No. 1 Detention Center

At Beijing No. 1 Detention Center, police guard Li Jinwu (李金武) instigated detainees to beat me. After that, they handcuffed me from behind for one day and one night. At the same time, they kicked me in the belly and hurt my liver.

Monitored by Four Detainees and Beaten in Beijing Tianhe Prison

In Beijing Tianhe Prison, police guards ordered four detainees to watch me closely 24 hours a day. They forced me to sit on a “small stool” motionlessly every day. I was not allowed to use the restroom without permission.

At Chongqing Yongchuan Prison, police guard Zhang Zhibing (张志兵，Police ID #5106393) instigated at least six inmates to beat and kick me in my belly, legs and head.

When I asked why they treated me that way, one of them stuck a dirty glove in my mouth before they continued torturing me.

Later, no fewer than eight detainees watched me closely every day. I was forced to sit motionlessly all day long, deprived of sleep, and not allowed to use the restroom without their permission.

“While Working on Media Projects, We Still Need to Cultivate”