(Minghui.org) Falun Gong practitioners held two parades in Hong Kong on July 18 and 19, 2015 to raise awareness of the persecution of the spiritual practice in China. The Chinese communist regime began its violent campaign to suppress Falun Gong sixteen years ago, on July 20, 1999.

The marchers commended the large wave of Chinese who have quit the Communist Party and its youth organizations, as well as those who have filed criminal complaints against Jiang Zemin, the former Communist Party chief who initiated the persecution of Falun Gong. 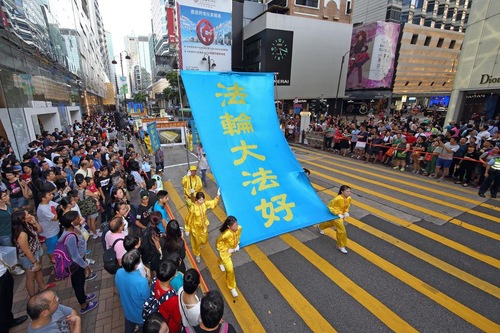 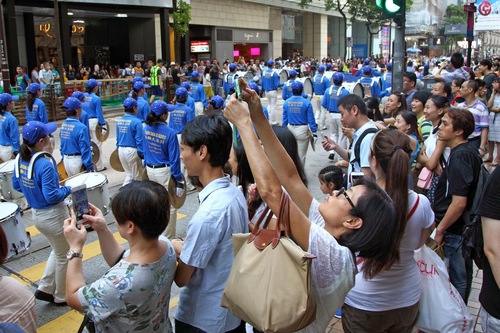 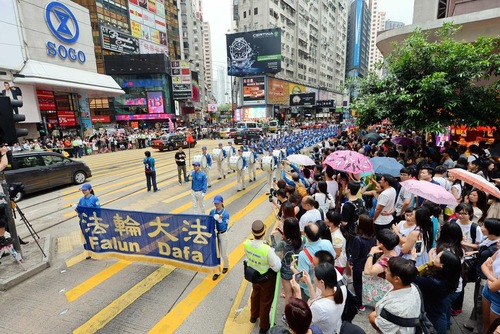 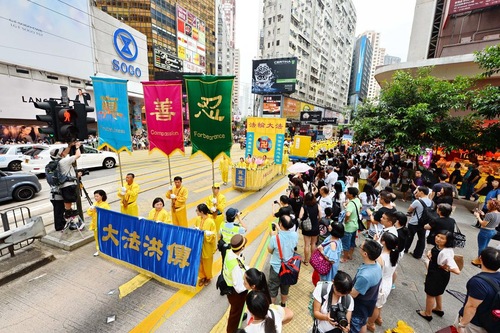 Technology Professional: “Honored to be a Falun Gong practitioner” 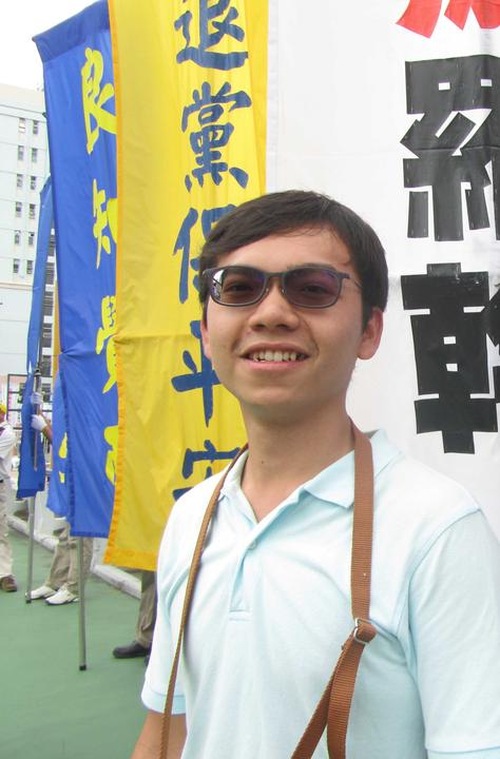 Chen Yuying says he is honored to be a Falun Gong practitioner.

Chen Yuying graduated from National Chung Cheng University with a Master's degree in Electrical Engineering and works at Hsinchu Science and Industrial Park. He has practiced Falun Gong with his family since he was a sophomore in high school. He says growing up in a home of Falun Gong practitioners taught him how to behave when he was a teenager. The lessons he learned growing up have helped him to be a good student and a good employee.

“I learned the meaning of life through my cultivation practice. I do my best at work without thinking about what I can win or lose. I live a fulfilling life every day with no regrets. Things are working out well for me naturally,” Yuying said.

This was the first time Yuying marched in a Falun Gong parade. “I simply want to do my part to spread the benefits of Falun Gong. Many people cheered us and gave us thumbs-up during the parade. I feel honored to be a Falun Gong practitioner.”

Learning to Read and Write After Reading Falun Gong Books 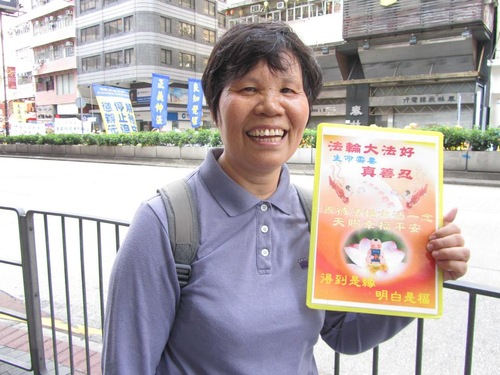 Mrs. Hu Muzhu, 51, never went to school because of poverty. She used to suffer from poor health and insomnia. She started learning Falun Gong shortly after she moved to Hong Kong with her husband ten years ago. Soon afterwards, her health greatly improved. “I started sleeping through the whole night. I felt energized and comfortable,” she said.

Mrs. Hu's reading and writing improved greatly after she started to read Falun Gong books. “Falun Gong is a miracle. Master Li [the founder of Falun Gong] has given me wisdom. I'm so fortunate!”

Mrs. Hu goes to tourist sites every day to help Chinese tourists quit the Chinese Communist Party and its youth organizations. As she put it, “I'm happy for the people who learn about Falun Gong and the persecution, and I wish them safety!”

“I tell all the people in the world, 'Falun Gong is great!'” 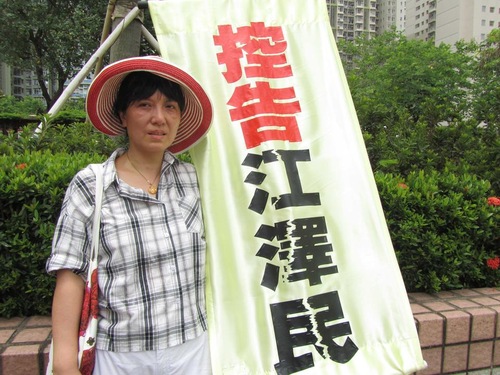 Ms. Wu used to suffer from terrible eye inflammation. She relied on eye drops to see clearly, but the drops hurt her eyes. The side effects of the medicine brought on other health problems. Even her doctors didn't know what to do for her. She had hemorrhages, insomnia, stomach pain, neck pain, and gynecological diseases. The pain would make it hard for her to stand up. She even thought about committing suicide.

One day, Ms. Wu talked to practitioners at a train station and learned the Falun Gong exercises. To her surprise, her eye pain stopped when she did the exercises, and she felt that her body was cleansed later that day. She said, “I was so excited that I broke into tears. My life was saved!” Ms. Wu started reading the book Zhuan Falun, the main teachings of Falun Gong, and doing the exercises. After some time, she no longer needed her eye medication.

Ms. Wu now excitedly tells others about her experience. “Falun Gong improved everything in my life, and gave me great health. Whenever I walk out of my home I tell all the people in the world, 'Falun Gong is great! Truthfulness, Compassion, and Forbearance are great! They are truly great!'” she said.

“Over 120,000 People File Criminal Complaints Against Jiang Zemin – The Public Will Cannot Be Ignored”

“141 Falun Gong Practitioners from Deyang City and 250 from Chifeng City File Lawsuits Against Jiang Zemin During Week of June 26 to July 2, 2015”