(Minghui.org) Falun Gong practitioners held a press conference in front of the Chinese Consulate in San Francisco on July 28, calling for help in the rescue of imprisoned family members in China. 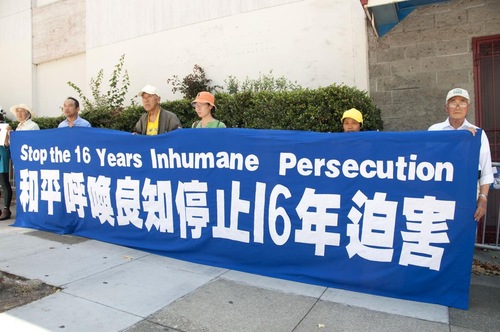 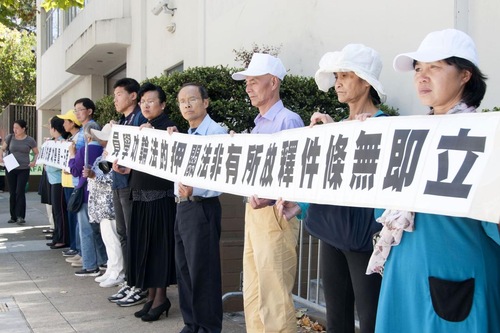 Family members of several Falun Gong practitioners living in San Francisco were recently arrested in China because of their belief.

Lin Yu, a college student at San Francisco State University, said at the press conference, that her mother, Wang Aimin, disappeared on June 30. After Ms. Lin made numerous phone calls to the police station in Beijing, she learned that her mother had been arrested because she had given some printed information about Falun Gong to a local policeman. Ms. Wang is now jailed in Haidian Detention Center in Beijing. 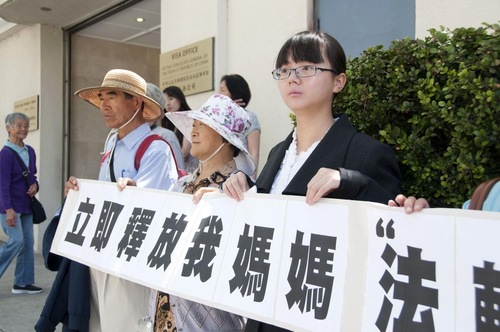 Liu Danqing, the manager of a Silicon Valley IT company, called for the release of her father Liu Xuemin, who was arrested on July 21 in Dongying, Shandong Province. Mr. Liu is currently jailed in the Binghai Detention Center in Dongying, and his family is not allowed to visit him. 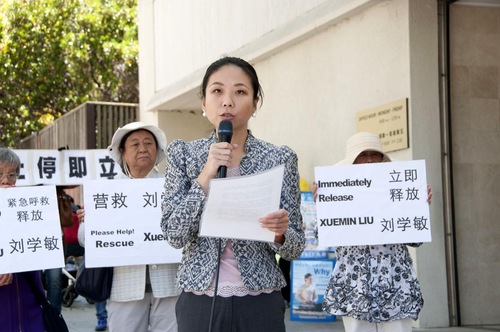 Liu Danqing speaking about her father, Liu Xuemin, recently arrested in China for upholding his belief in Falun Gong.

Falun Gong practitioner Lao Yunteng called for rescue of his cousin Yang Xiaohui, who was arrested in Leizhoug, Guangdong Province. Dozens of policemen searched her house after she hosted several Falun Gong visitors, then took her away. Yang Xiaohui is now jailed in the Leizhou Detention Center. 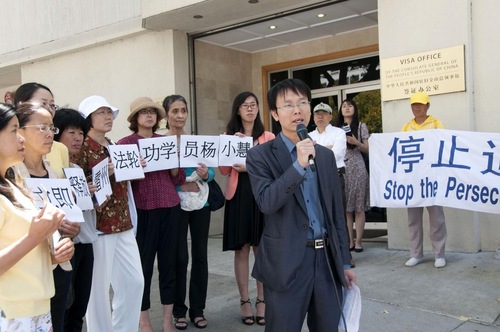 Lao Yunteng calls for the release of his cousin, Yang Xiaohui. 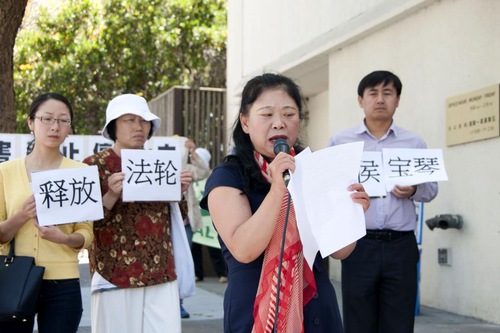 “Hamburg, Germany: Appeal to the Chinese Consul General to "Raise your voice against injustice"”

““Practitioners' Words are Profound and Powerful””