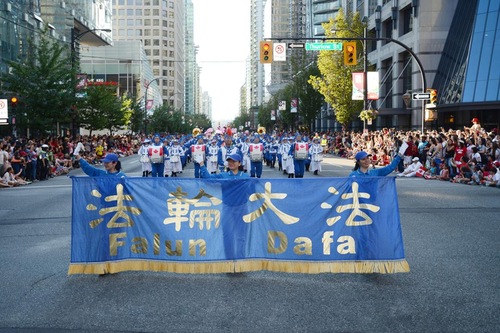 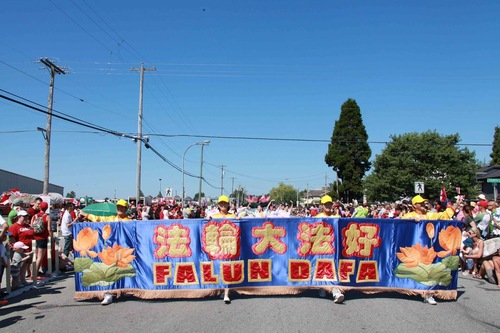 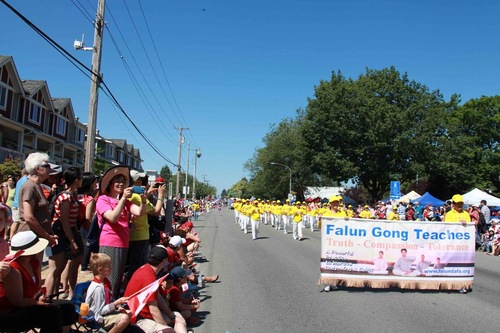 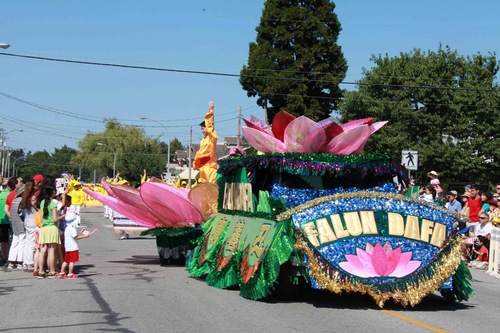 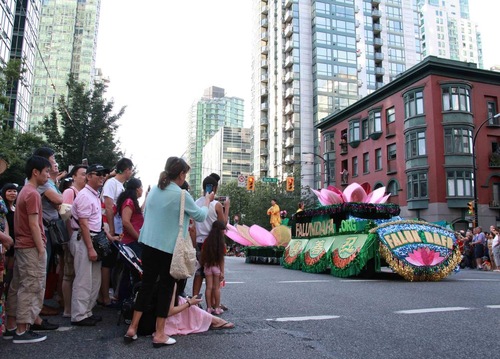 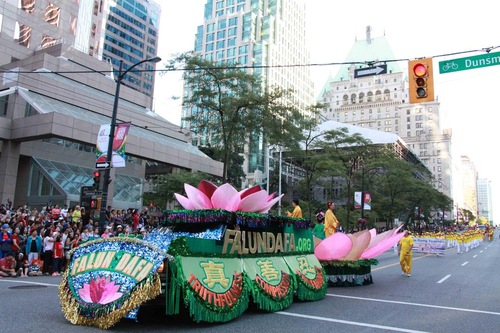 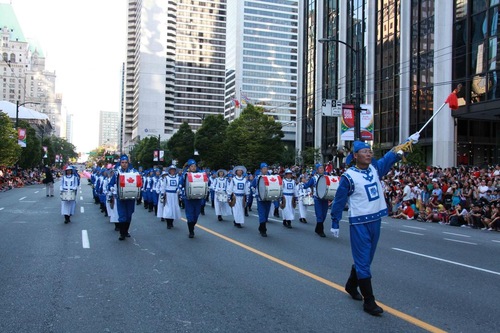 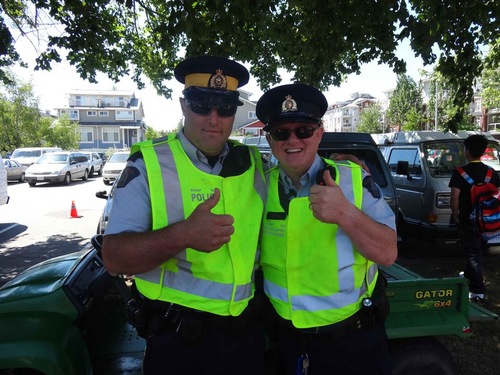 RCMP Kevin Krygrer said the Falun Gong procession did a great job with coordination even though it was a large group. He noted that practitioners are very peaceful. He said his duty is to ensure safety and he appreciates peaceful people and hopes they bring their peace wherever they go. When he talked about the persecution of Falun Gong in China, Kevin stressed that Canada welcomes Falun Gong practitioners, everyone can participate in the Canada Parade, and Canada opens its arms to everyone in the community.

Symbol of Courage and Peace 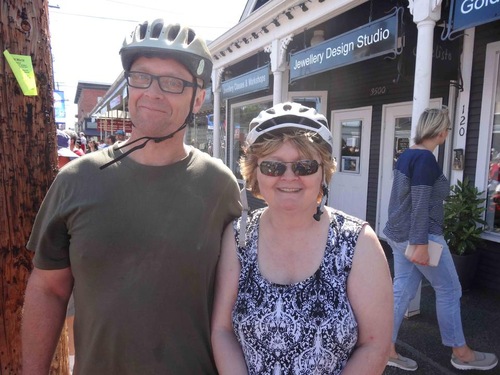 “I respect their unyielding fight for their freedom of belief, and respect them for presenting their peacefulness to the world,” said crowd member Ms. Maureen Christine as she cheered for the Falun Gong group from the sidelines. “Their perseverance has made them a focus of attention and a symbol of courage in the world.”

While pressing her hands together in a respectful bow, Maureen said, “I hope their belief will bring peace to the world. I deeply believe they have found peace from the bottom of their hearts, and consciously spread their peace to this world.”

Richmond has a large Chinese community. Many Chinese people watched the parade, reading the banners out loud, “Falun Gong is great! Truthfulness-Compassion-Forbearance!” They also took several photos of the Falun Gong procession.

A Chinese lady followed the practitioners, taking photos of every team. Another Chinese lady shared her pictures on social media. She said it was the best patriotic education for her four-year-old daughter.