From Canada to Mexico, Events in North America Call to End Persecution of Falun Gong

(Minghui.org) From Montreal in Canada, to Minnesota and Missouri in the US, to the Mexican cities of Puebla and Mexico City, practitioners across North American held events to raise awareness of the 16-year persecution of Falun Gong in China.

The former leader of China, Jiang Zemin, initiated the brutal campaign to eliminate Falun Gong on July 20, 1999. Falun Gong practitioners have been illegally arrested, detained, imprisoned, and tortured ever since. Untold numbers have died, their organs harvested against their will to supply the lucrative transplant trade in China.

Practitioners rallied in front of the Chinese Consulate in Montreal on the morning of July 21, 2015, to mark the anniversary of the persecution and to support the wave of criminal complaints filed against Jiang Zemin. 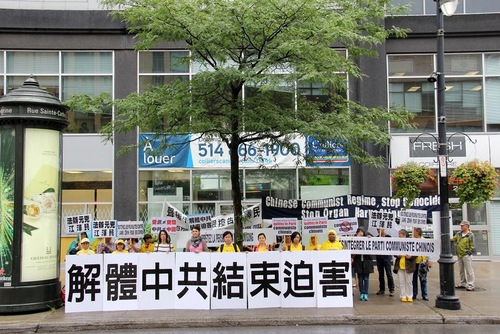 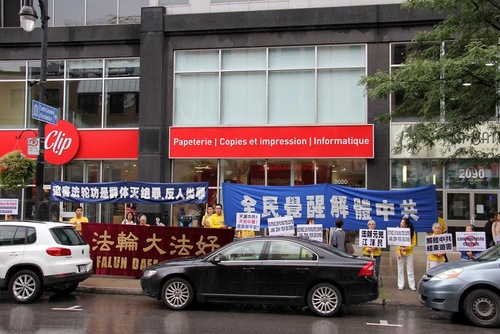 Rally in front of the Chinese Consulate in Montreal, calling for an immediate end to the persecution of Falun Gong

Practitioners shared their stories of how Falun Dafa benefited them with good health, happy families, and high moral standards.

Ms. Yu started to practice Falun Gong in 1996. In a short time, all her ailments were gone, convincing all her family members to start practicing.

After the persecution started, she was arrested, her house was ransacked, and her family was repeatedly harassed by the police. Ms. Yu fled the country and has lived in Montreal since 2004.

He was imprisoned in a forced labor camp for two years in November 2006. His family and his colleagues had more than 200,000 yuan extorted from them to get him released.

Practitioners paraded through the city in the rain after the rally, raising awareness of the persecution in China and of the wave of lawsuits against Jiang Zemin. 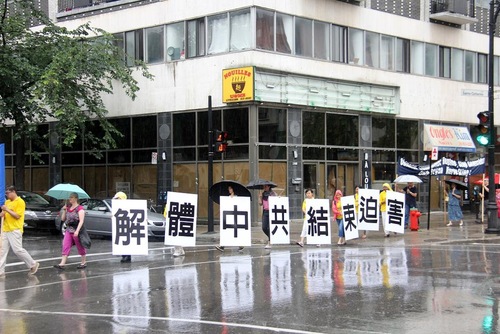 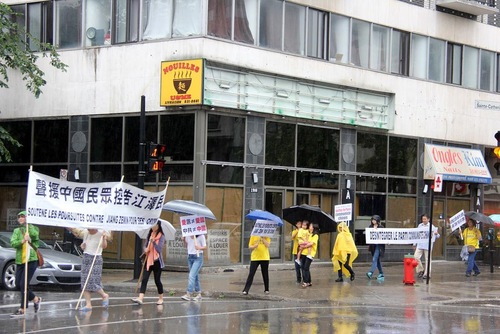 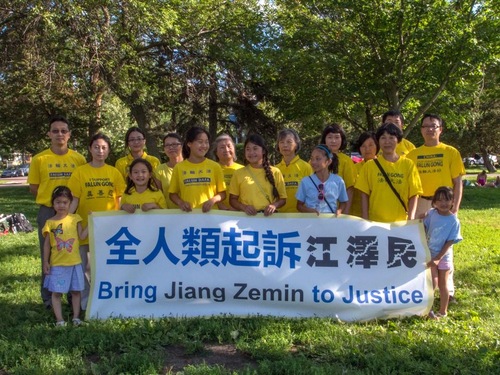 Practitioners in Minneapolis expressed their support for the thousands of Chinese and others who have filed lawsuits against Jiang Zemin.

The sitting mediation demonstration and banners in Calhoun Lake, Minneapolis, on July 19 attracted many passersby.

Dr. Kirk C. Allison, Director of the Human Rights and Health Program at the University of Minnesota, joined the practitioners at the event. He praised their endeavors to end the persecution and said the lawsuits against Jiang Zemin were good for China and its people.

Many passersby signed the petition calling for an end to forced organ harvesting from living Falun Gong practitioners. 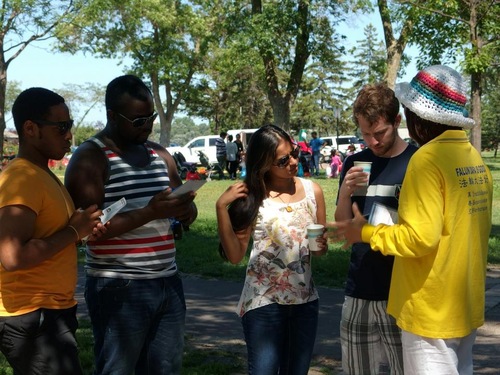 At a rally in front of the historic Old Courthouse on July 20, three more local Falun Gong practitioners announced that they had submitted their complaints against Jiang Zemin. 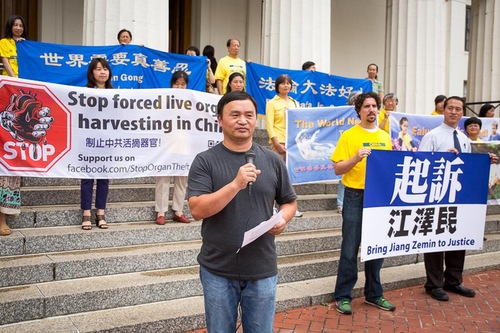 Geng Sa, PhD, told about being detained and beaten. 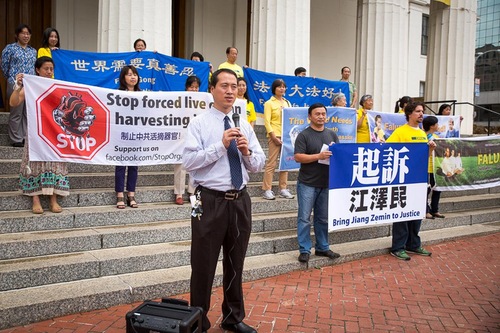 Zhang Guoliang, a former pilot with China Southern Airlines, called on everyone to join hands to end the persecution. 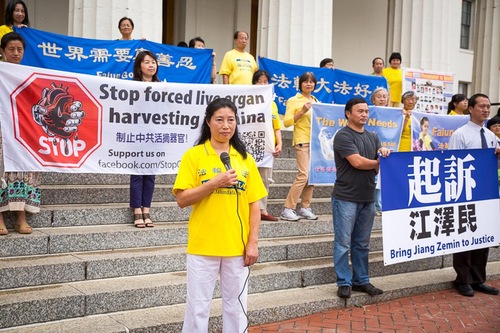 Connie, a Falun Gong practitioner, told about the persecution and the torture she was subjected to.

Mr. Zhang Guoliang, a former pilot with China Southern Airlines, was detained in a forced labor camp, a brainwashing center, and prison for a total of 7 years. He was deprived of sleep, beaten, subjected to brainwashing, and forced to do long hours of slave labor.

Connie and her family were harassed by the local authorities frequently, including around-the-clock surveillance and having their house searched. Her child was not allowed to take the college entrance exams and thus had no chance to attend a college.

Events were held in Puebla and in front of the Chinese embassy in Mexico City on July 20 to peacefully protest the 16-year-long persecution of Falun Gong. 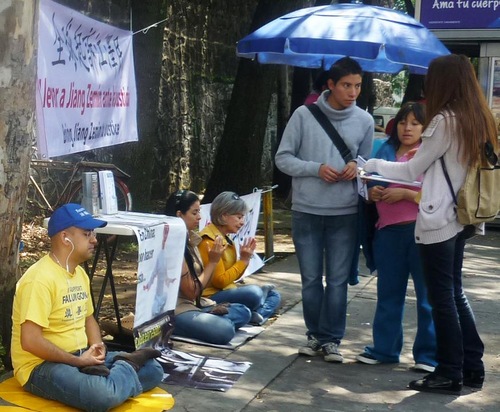 Peaceful protest in front of the Chinese embassy in Mexico City and signature drive to end the forced organ harvesting in China. 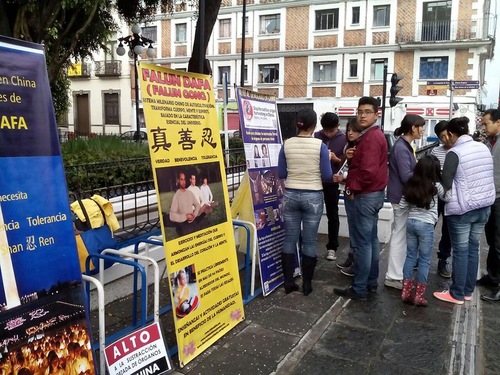 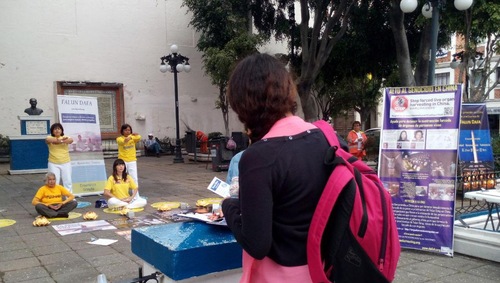