(Minghui.org) Falun Gong practitioners in the U.S.A., coast-to-coast, held a variety of activities last week to protest the persecution and commemorate the 16th anniversary of the peaceful resistance. In addition to candlelight vigils, parades, and rallies as in the previous years, one new theme this year was support for the recent flood of lawsuits against Jiang Zemin, the former Chinese dictator responsible for the persecution.

Presented below are photos from the events in six cities.

On July 20, 2015, practitioners did group exercises in front of the Chinese Consulate in the afternoon, and held a candlelight vigil after dark. 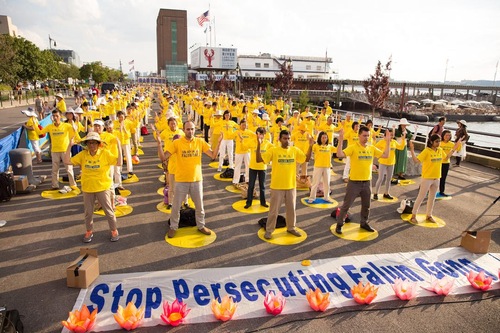 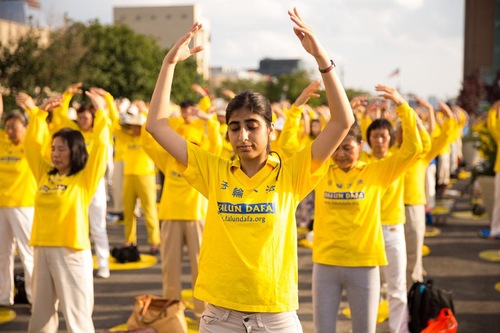 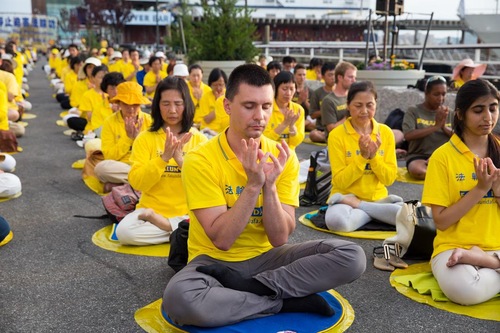 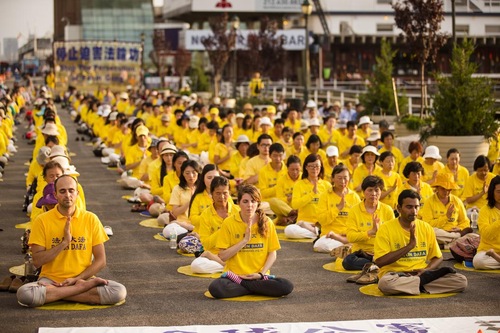 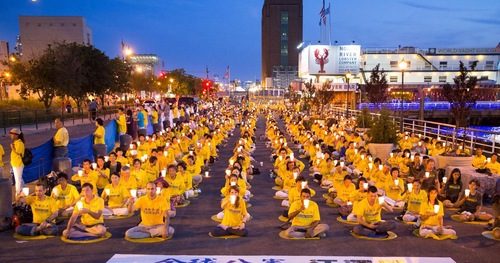 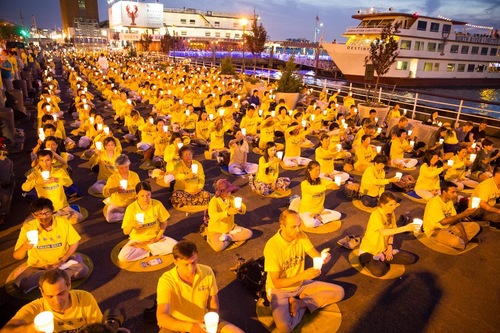 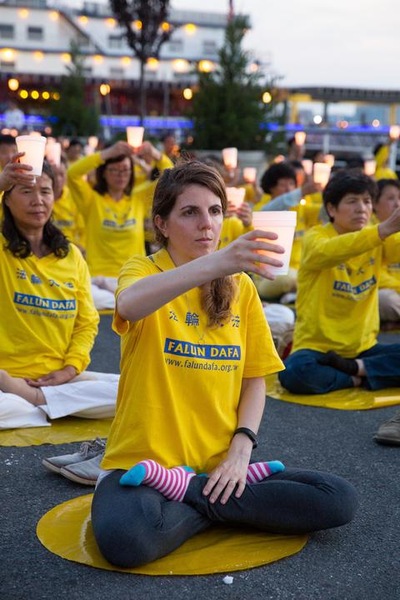 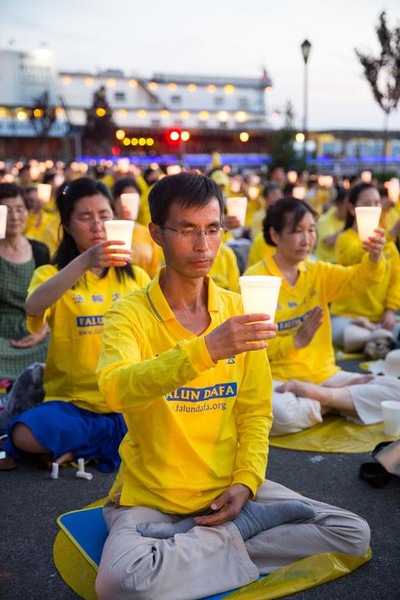 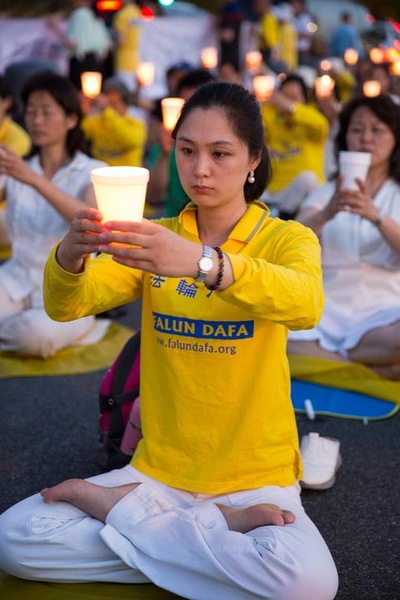 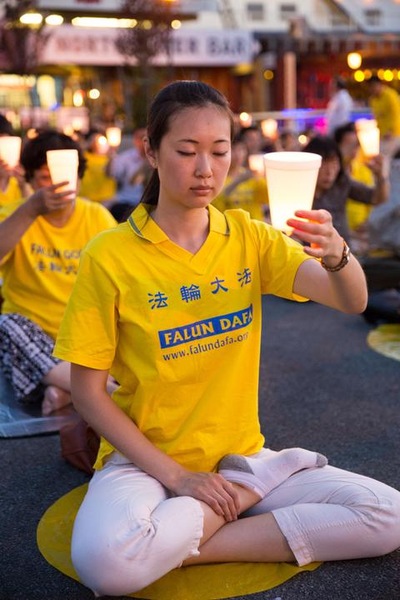 Candlelight vigil in front of the Chinese Consulate.

The protest and candlelight vigil in Los Angeles were held on July 19, 2015, in front of the Chinese Consulate. 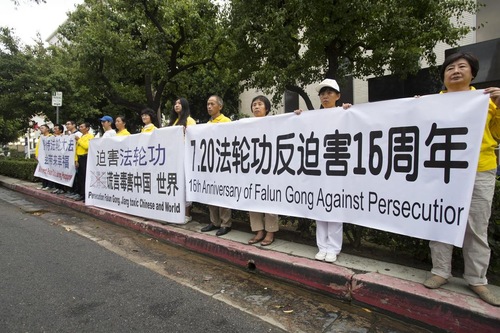 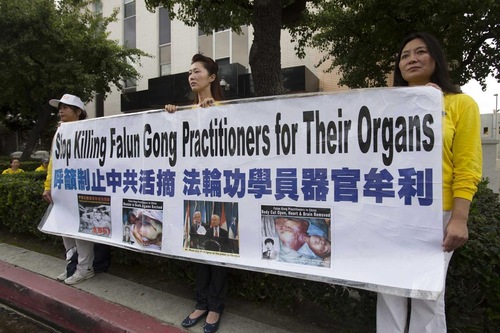 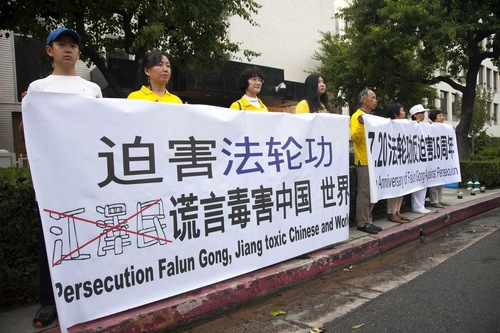 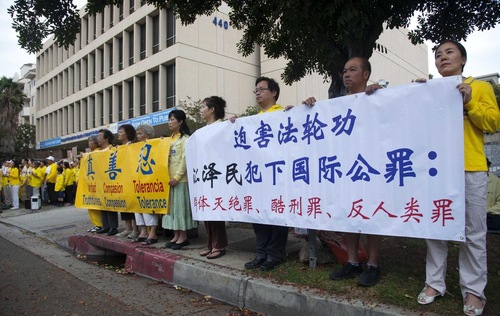 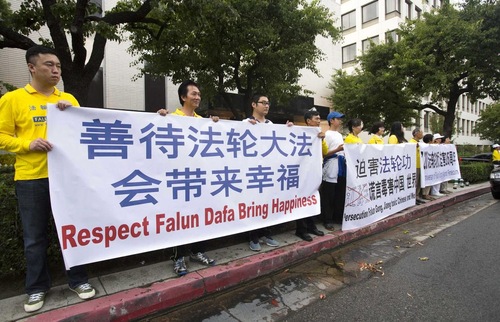 Protest in front of the Chinese Consulate in Los Angeles

Dr. Wu Yingnian, a professor at the University of California, Los Angeles, and a representative for Falun Gong, informed the public about lawsuits against Jiang Zemin at the protest. According to Dr. Wu, more than 50 practitioners living in L.A. recently joined the flood of practitioners filing lawsuits. 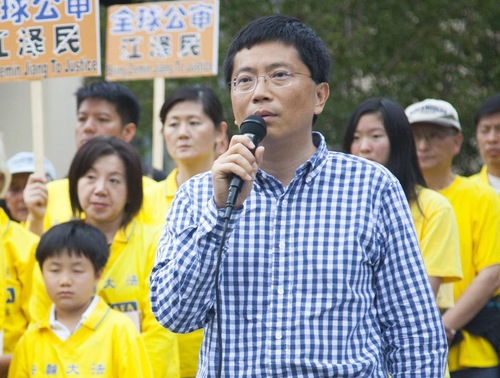 Dr. Wu Yingnian, a professor at the University of California, Los Angeles, and a representative for Falun Gong, speaks at the protest. 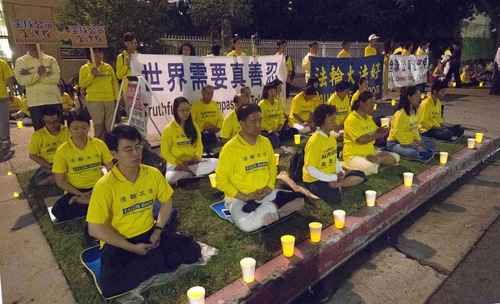 Candlelight vigil in front of the Chinese Consulate in Los Angeles

The theme of the rally in front of the Chinese Consulate in Chicago on July 18 was support for the lawsuits against Jiang. 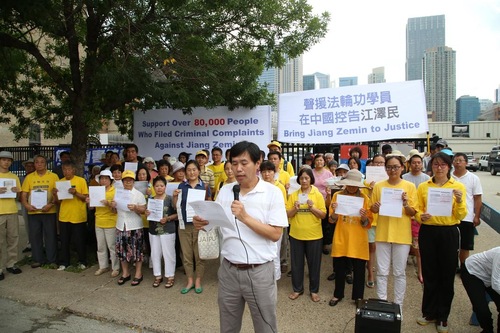 Yang Sen, chair of Falun Dafa Association in Mid-U.S.A., expressed in his speech that it is time to bring Jiang Zemin to justice.

Several practitioners living in Chicago told the attendees about their experiences of being tortured in China. The youngest speaker was 17-year old Yu Zhen, who suffered at school and lived a miserable life because his parents practice Falun Gong. All the speakers have filed lawsuits against Jiang.

Eight practitioners announced that they have filed complaints against Jiang, during the protest in front of a Chinese supermarket in Pleasant Hill on July 18.

So far 15 practitioners living in Atlanta have filed lawsuits. All have received the receipts from the Chinese Supreme Procuratorate. The plaintiffs come from all walks of life, including a high school teacher, former government officials, a pilot, and members of other professions. 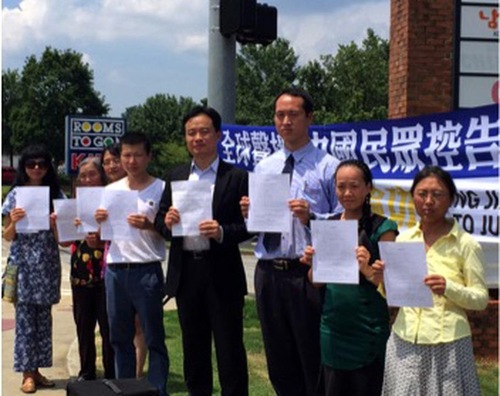 Practitioners demonstrated the exercises and held banners at Westlake Center Plaza, in downtown Seattle, on July 18. 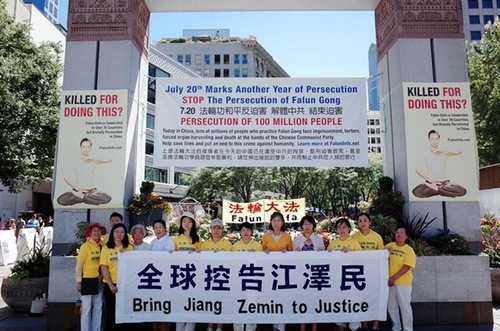 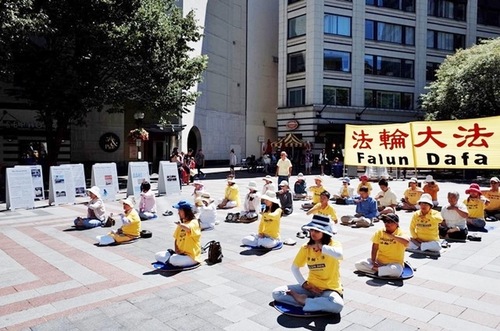 Many local residents expressed their support for Falun Gong's peaceful resistance. They asked what they could do to help, and signed the petition condemning the persecution.

Bob and his wife work for a non-profit organization. One of their missions every year is to tell 20 to 30 thousand high school and college students about the genocides and persecutions of beliefs in world history. The couple left their contact information with practitioners. Bob said to them, “We should give you 60 minutes to tell the students about Falun Gong and what has been happening to you in China.” 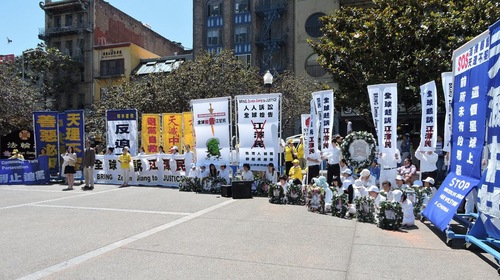 The rally in Chinatown, San Francisco

A parade proceeded through downtown San Francisco on July 18, followed by a rally with more than 300 practitioners in Chinatown. Six practitioners, all of whom were tortured in China because of their belief in Falun Gong, gave speeches. They have all filed criminal complaints against Jiang Zemin.