Imprisoned and Tortured for 13 Years

(Minghui.org) April 11, 2015 should have been a joyful day for Mr. Dong Qinfei. He was released from prison that day after enduring 13 years of cruel treatment for upholding his faith in Falun Gong.

The 43-year-old man, however, returned home to find his family in tatters because they also practiced Falun Gong. His wife was not there to welcome him back. She was still in detention. His sister-in-law died the year before as a result of the persecution, and her husband, his older brother, suffered a mental collapse after his wife's untimely passing.

Six days later, Mr. Dong saw his wife for the first time in years–but in a courtroom, where he witnessed her sentenced to three years in prison. She has appealed her sentence, and Mr. Dong will defend her alongside her lawyer. Following is a recounting of his ordeal.

Mr. Dong is from Tieling City, Liaoning Province and he started practicing Falun Gong in 1997 at the age of 26. His chronic health problems soon disappeared. He also gave up his bad habits of chain smoking and swearing. When his family saw how he benefited from Falun Gong, four members of his family took up the practice: his mother, wife, older brother, and sister-in-law. The whole family began to enjoy a happy and harmonious life. 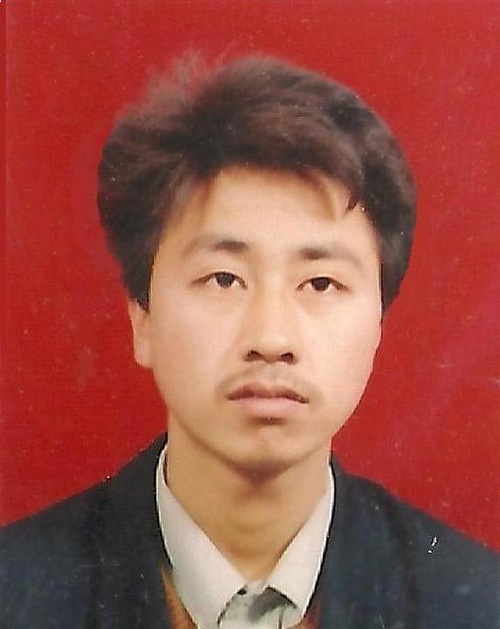 This was destroyed by the persecution of Falun Gong, launched by China's former leader Jiang Zemin in July 1999.

After repeated illegal arrests for appealing for Falun Gong in Beijing, Mr. Dong was sentenced to one year of forced labor, and was taken to the Tieling Forced Labor Camp in late October 1999.

He was forced to do intensive labor every day. In freezing weather he was forced to dig ditches, carry heavy stones on his back, and remove rocks. He once almost fainted due to exhaustion and hunger. For a period of time, the labor camp fed him moldy buns.

“Leg Splitting” Torture at the Hands of Fushun Police

Not long after he was released in 2001, he was forced to leave his home to avoid repeated harassment from the local police.

He was illegally arrested in April 2002 by police in Fushun City and brutally tortured at the Shuncheng Police Station. He was handcuffed and hung up by the arms. With his legs forced into a spread-eagle position, he was punched and kicked.

One policeman slapped his face repeatedly and punched the chest area near his heart. He then shocked Mr. Dong with an electric baton until his body was covered with bloody marks. The policeman also used a cigarette lighter to burn Mr. Dong's hands.

Another policeman rubbed Mr. Dong's teeth with a piece of stone to expose the nerve. Another kicked his chest so hard that big lump appeared. The police then put a plastic bag over his head to suffocate him.

He was subjected to the “leg splitting” torture. Police forced him to sit on a wooden stool and tied up one of his legs. Then three to four police pushed his other leg upward, which tore ligaments and tendons and caused unbearable agony.

Just as he was about to pass out, police would release his leg. Then the torture would begin anew. His legs were split three times. This torture was often used on practitioners. This is known to have caused permanent disability and even death.

After the torture, police transferred him to the Fushun Detention Center. Police forced the detention center to take him despite his multiple injuries.

Forced to Jump from 3rd Floor to Avoid Torture

Around July or August of 2003, Mr. Dong was taken to a room on the third floor of the detention center for interrogation. Knowing that he would be subjected to more brutal torture, Mr. Dong jumped out of an open window. He lost consciousness from his injuries.

Upon arriving at a hospital, he regained consciousness and felt his whole body was in great pain. There police punched him in the head and stuffed his mouth with feces.

Hospital tests showed that both of feet were shattered and his back was seriously injured.

Sentenced to 13 Years in Prison

Mr. Dong was not given any medical treatment for his injuries. It took months for him to turn over in bed, crawl, and stand on his own.

In his debilitated condition, he was unlawfully tried in court with other Falun Gong practitioners. All were given heavy sentences, including 13 years for Mr. Dong. He was soon transferred to Dabei Prison.

Mr. Dong's feet were now badly damaged and deformed. He could not stand for any length of time and his back and chest showed obvious injuries. Still, he was forced to do hard labor.

The prison tried to force practitioners to renounce their belief by forcing them to stand still or sit on small stools for long hours. When they refused to cooperate, they were badly beaten.

Mr. Dong and another practitioner were hung from an iron gate. They went on a hunger strike to protest, but were brutally force-fed. When the tube was taken out from Mr. Dong's stomach, it was stained with blood.

Mr. Dong was taken to the “strictly-controlled” division in 2008 because guards had found Falun Gong books in his bedding. He was forced to sit on a two-inch wide wooden stool for 15 hours straight, and was tied to an iron chair for long periods of time.

The prison launched another round of persecution of Falun Gong practitioners in March 2012 under direct orders from the provincial prison management authorities.

Mr. Dong was taken into a small dark room. The guards covered the door and windows, and then handcuffed and chained him to a big iron chair. He was forced to watch slanderous programs against Falun Gong on TV and not allowed to close his eyes for several days and nights.

Mr. Dong's leg became badly swollen and he was on the verge of mental collapse. When he could no longer take any more pain, he was forced to “transform” against his will and conscience. After he was released from the iron chair, he could not eat for a month and threw up everything he ate. His health was extremely fragile.

In June of that year, he was once again tied to the iron chair and was not allowed to sleep for four days and nights. For the last two years, Mr. Dong's physical condition has remained very poor.

Mr. Dong and his family have suffered unspeakable cruelty in the last 16 years. Jiang Zemin and the perpetrators of the persecution of Falun Gong must be brought to justice for the horrendous crimes they committed against humanity.
Related reports:Even Heavenly Beings Would Shed Tears for This FamilyWell-respected Doctor Gao Jie Dies of Complications of Stress-induced Stroke

“Snapshot of Falun Gong Practitioners Whose Copies of Lawsuits Against Jiang Zemin Were Received by Minghui on July 13-14, 2015”